Well one of the things I was worried about was that after Luke got here, I wouldn’t have time for “the old me”.  You know the geeky, obsessed nerd that I am.  That’s entirely not true.  If anything I’ve learned that if I’m going to sit down and do something, just make sure I’m easily interrupt-able.  Running GW missions with friends probably isn’t the best idea anymore since nobody wants to stand around in Yak’s Bend waiting for me to finish changing a dirty diaper.  But playing some N64 is super easy, because you can just pause it whenever. 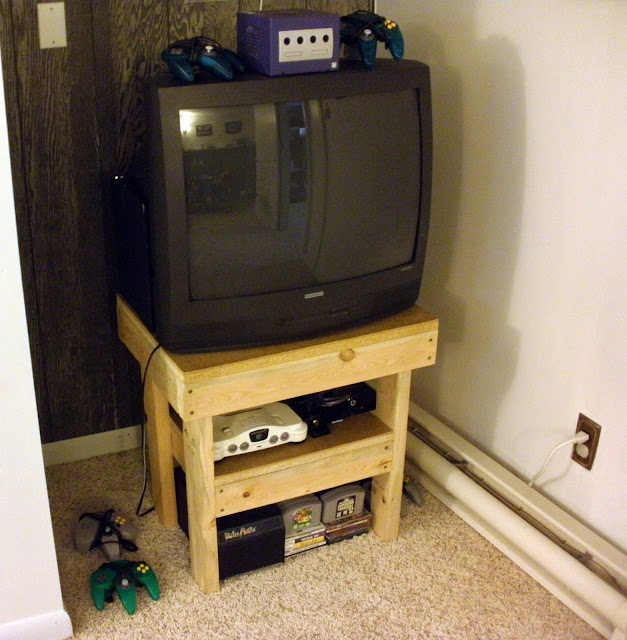 Been playing a lot of Nintendo 64 lately.

I’ve actually been playing a lot of N64 over the past few days.  I ordered a replacement thumbstick for my worn out green controller.  While not exactly as advertised, it’s a very nice replacement.  More like the GameCube version on an N64 controller.  It was only $8, so I’ve been putting it through a Mario Kart torture test over the past two days.  It works well enough, I’ve been able to tie one of my old records, and now have a mild case of Nintendo Thumb.  So far it’s holding up pretty well.

I can’t wait to introduce Luke to a bunch of this stuff.  Although I know that when he’s older, all the games are going to be so much cooler, that his interest in this old stuff probably won’t be that great.  Though the nephews were over last weekend and had a blast playing the old N64.

I’ve spent a lot of time on eBay lately looking at cheap stuff to fill in my collection.  I’ve got this hairbrained idea that I know enough about this stuff to be able to find good deals and could buy low and sell high.  Not enough to make a ton of money, but enough to support my gaming habit.  Haha!  Andrea’s not too enthusiastic about the idea though.  I guess that’s understandable.

I just see a lot of cool stuff on there.  Like brand new original N64 controllers (which are regularly going for $100 a piece now!  Geeze).  I definitely couldn’t justify taking hard earned money to buy one, but if I had play money from selling crap on eBay might make it easier to pull the trigger.  I realize most folks have a LONG list of stuff they’d rather spend a Benjamin on but that’s the stuff I get a kick out of.

So I decided to focus on what I DO have instead.  Which is a pretty nice collection as it is!  I stumbled on a new website, called Backloggery.com it’s similar to IGN’s old collection feature, but it helps you keep track of not only what is in your collection, but the games you’ve beaten and the ones you haven’t.  It’s very retro themed, and a fun way to organize my games.  So far 105 games owned, 35 unbeaten, and 35 on my wishlist.

Since I’ve been so recently entrenched in my gaming vice I decided it was time to go ahead and finally unpack a bunch of my Nintendo stuff from when we moved it.  I set it up all nice and neat in the basement. 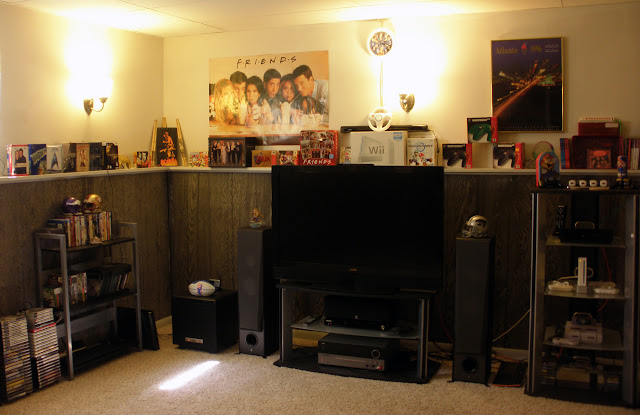 Nintendo and Friends. We're both crazy. 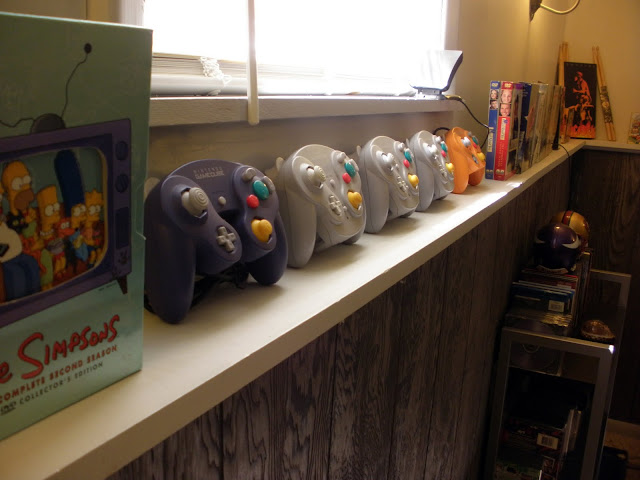 Ready for multi-player action, but all my friends grew up. Haha.

So I’m definitely enjoying the holiday weekend.  Tomorrow I’ll be outside getting the Oldses shined up since it’s going to be another nice day.  Maybe after that my Nintendo Thumb will have recovered to the point I can lay down some times again!  Haha.

Posted on September 4, 2011, in Nostalgiariffic, Video Games. Bookmark the permalink. Leave a comment.