A Look Back: Perfect Dark 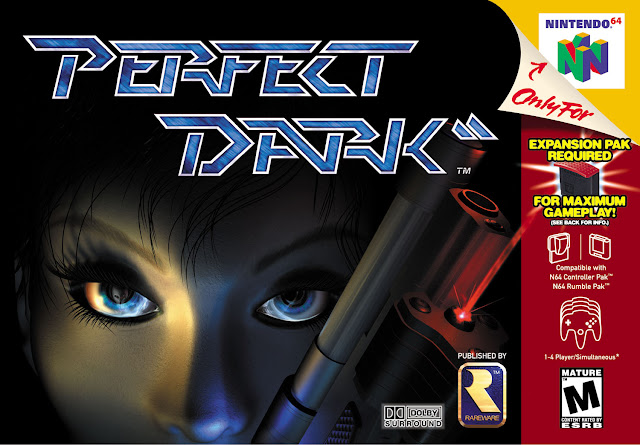 The wait for this game was excruciating.  Perfect Dark was the true sequel to GoldenEye 007 on the Nintendo 64.  Most of my readers already know how much time I spend playing GoldenEye, and probably even attended one of the eight GoldenEye Fests.  007 came out in August 1997 and it would be (after numerous delays) three long years before Perfect Dark would see the light of day.

I’d had this game pre-ordered for quite some time I recall.  And as release day would creep closer and closer… inevitably it would be announced that development was behind schedule and the game would be delayed yet again.  As I patiently waited and followed insider impressions and reviews… it was becoming clear that the Nintendo 64 was aging and now closer to the end of its prime than the beginning.  In 1998 Sega released its next generation Dreamcast system.  That same year Nintendo announced the successor to the N64, codename “Dolphin” later known as the Gamecube. 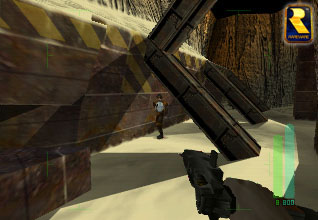 Perfect Dark was looking good in previews. But I was starting to wonder if I'd ever get to play it.

Finally, on May 22, 2000 I finally was able to get to the store to be one of the first to pick up my copy of Perfect Dark!  The game had finally materialized and instead of reading about it I was going to PLAY the game!  Was it going to be a worthy sequel to GoldenEye or would the departure from the James Bond universe kill the game?  All these thoughts were running through my mind as I rode home from the store.  In these days game releases were big deals for me.  I made sure I had a couple days off of work, and my good friend Paul was coming over that following weekend for some good old multiplayer action.

One of my favorite parts of getting a new game is watching the opening sequence.  Perfect Dark’s is great.  It’s simple and only 30 seconds long, but watching it after waiting three years to play the game… it’s enough to make you positively amped.  I don’t remember much of my initial impressions of the game, though I assume they were glowing.  What I do vividly remember is Paul coming over to play and we played absolutely nothing but multiplayer Pistols matches until the sun came up.

The coming of Perfect Dark meant the end of the GoldenEye Fests.  Though just like PD carried on the spirit of GoldenEye, so the Perfect Dark Events carried on the spirit of the GoldenEye Fest.  Though nostalgia can color GoldenEye the better game, in reality Perfect Dark was better in every way.  There were so many more options to customize multi-player matches.  More characters to choose from, you could mix and match the heads and bodies.  But probably the coolest addition to multi-player was the addition of profiles.  Where it would track your stats and allow you to name yourself something other than “Player X”.  These additions brought everything I always wanted to GoldenEye’s multiplayer and more.  If only I could have ALL the classic GoldenEye maps available with such great flexability!  That alas I suppose I’ll never see. 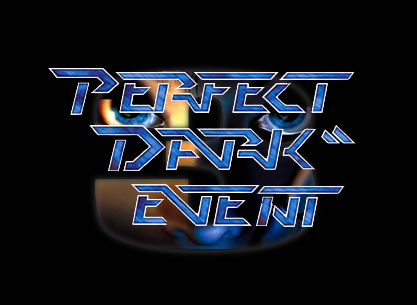 Reproduction of the Perfect Dark Event 3 banner. My last and largest tournament.

So here it is, 11 years later.  I dusted off the cart for the next re-review.  Without recalling being too attached to any data on the cart I wiped it clean so it was just like pulling it out of the box in 2000.  I’ve been playing a lot of N64 recently so adjusting to the blurry graphics wasn’t too difficult… but one thing I couldn’t handle, was Hi-Res mode.  The visual improvement was marginal, but the decrease in framerate was too much to handle.    I just couldn’t deal with the choppiness of hi-res mode and decided to play normal mode.

I played clear through the Single player campaign, and enjoyed the varied level design, though the story still seems pretty goofy.  Introducing aliens though did open up the possibility for some pretty interesting weapons, and I’m almost convinced that’s the sole reason the developers went that route.  Story aside the gameplay is solid.  All the mission objectives make sense.  You get to use cool gadgets and devices in addition to just shooting things up.  Occasionally it’s not quite clear what you have to do to progress to the next objective, but truthfully that makes it a little more interesting.

After the N64, I really never continued playing First Person Shooters.  Interfaces and controls have evolved greatly since Perfect Dark, but one of the things I always wondered why it didn’t stick around, was Perfect Dark’s weapon select.  In the heat of battle if you wanted to switch to a different weapon, instead of tapping ‘A’ until your weapon pops up, you simple hold the ‘A’ button and a quick menu pops up, then just tilt the control stick the direction of the weapon you want. 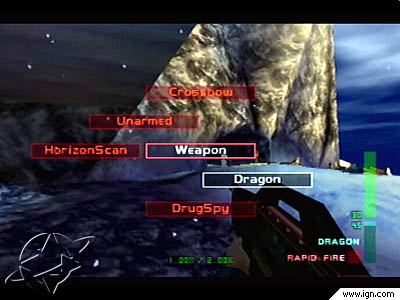 Weapon selection is innovative and intuitive.

Multi-player is where it’s at though and I could seriously play this forever.  There are so many options and the gameplay is so refined.  This is as good as it gets on the N64 when it comes to multi-player.  Of course I don’t have anyone to enjoy the game WITH anymore… luckily Perfect Dark give you the option to add Simulants.  You can play against computer players of varying skill level from “Meat” all the way up to “Perfect”.  You can have sims that prefer using shields and defensive abilities to stay alive.  Frantic seek and destroy.  Or just balanced all around sims.  It makes not having any friends a little easier!

My feelings about Perfect Dark today are probably quite different from most others who are fans of the FPS genre.  After this I shied away from them because I pretty much got my butt kicked.  And after doing a whole lot of butt kicking in GoldenEye and Perfect Dark… I didn’t take it too well.  Therefore I look at Perfect Dark as a highly polished shooter that just makes a ton of sense on every level.  There’s not much I’d change about it.  GoldenEye is still my favorite… just because of the nostalgia… but when I’m ready for some multi-player, it’s Perfect Dark all the way.

Posted on September 11, 2011, in Video Games. Bookmark the permalink. 2 Comments.