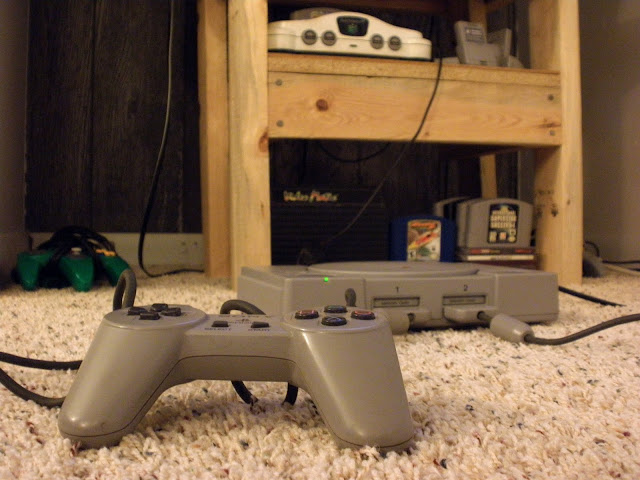 You can feel the tension in the photo above.  The Nintendo 64 looking down on the PlayStation with much distain. Back in the late 1990’s I was more likely to buy a PlayStation to crush before Sony fanboys than to add it to my own collection.  Now, 15 years later, their stories having been written and their rivaly irrelevant I can safely add this console to my collection.

Much like the GameCube is now, this console is really an unnecessary machine thanks to backwards compatibility in the PlayStation 2.  So even though this doesn’t enable us to play any games that we couldn’t already play before, there’s just something about using the hardware of the era to complete the retro experience.

The PlayStation was really more a part of Andrea’s history than my own.  She had one as a kid and still has a small collection of games to go with it that have outlived the consoles that met their end either through the rigors of play or the unsuccessful “modifications” performed by her Dad.  She was as excited, if not more than I was to get this in.  Infact she ordered it as my Christmas present.  Which I’m totally cool with.

I don’t have a whole lot of personal recollection of the original PlayStation.  I remember my first impression was in a Toys R Us which had one on display.  I remember seeing the controller and thinking it was a pretty blatant ripoff of the Super Nintendo controller, thinking that they just changed the lettered buttons to symbols and added handles to be “different”.  But while I didn’t express it I remember thinking that the thing was pretty damn cutting edge just because it played CDs. 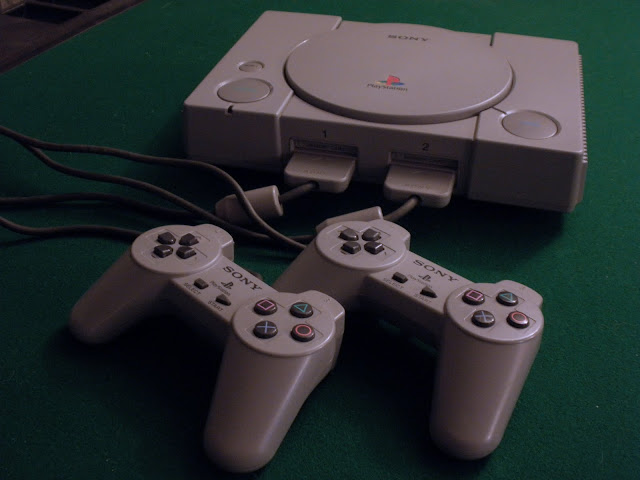 It was in pretty good condition when it showed up.  Just a few smudges and finger prints, but it cleaned up pretty well with just some soap and water.  And the good news is, it works flawlessly.  We played each other in a game of Madden 98.  Tell ya what, football games have come a long way since 1997.  I honestly couldn’t figure out how you run the ball in that game because as soon as you come within reaching distance of a defender the ball carrier simply falls flat on his face tackled. 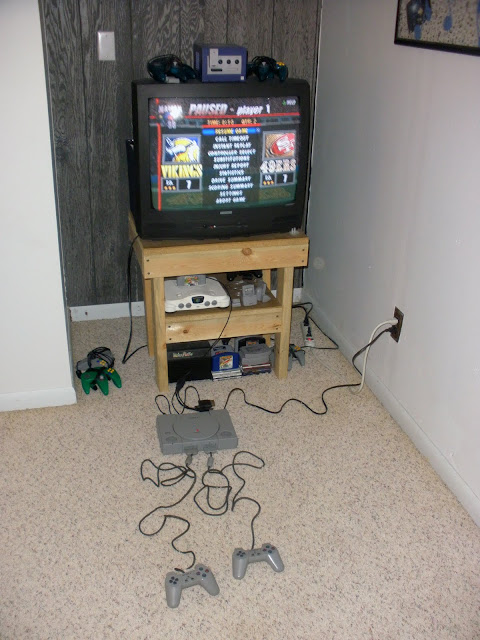 It’s not a system that will see a ton of play from here forth, but when I get around to playing some of the Final Fantasy games of the PlayStation era this will be how I play them!  Thanks, Andrea for adding to the collection! 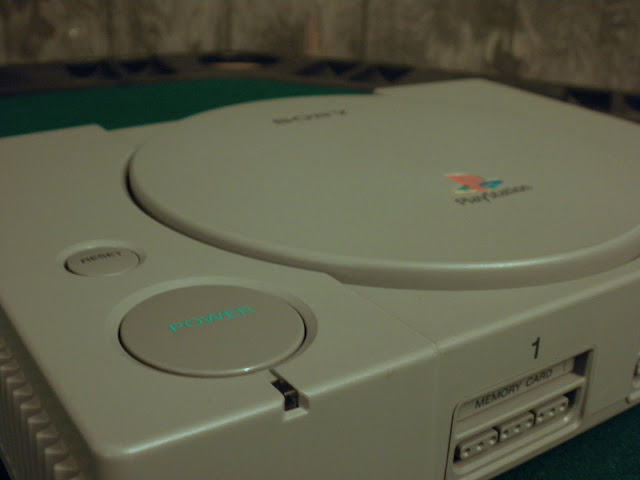