Got the job done!  This was certainly one of the smoothest car projects I’ve done.  And I’ve heard stories about how much of a pain exhaust work is.  Not bad for my first time! 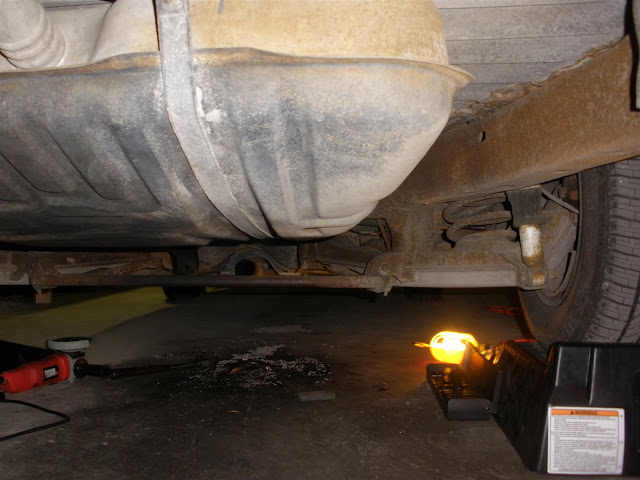 Here's how I've been driving for a while. You can see where the exhaust ended right under the middle of the car. 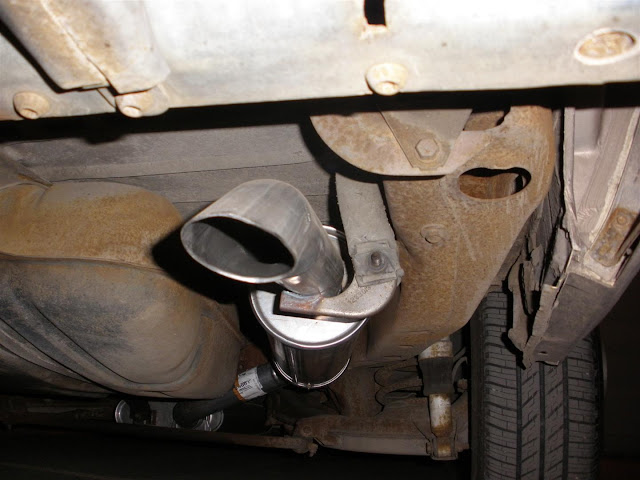 New tail pipe, and resonator. The actual muffler is further up under the center of the car. It's kind of odd seeing shiny metal underneath there. 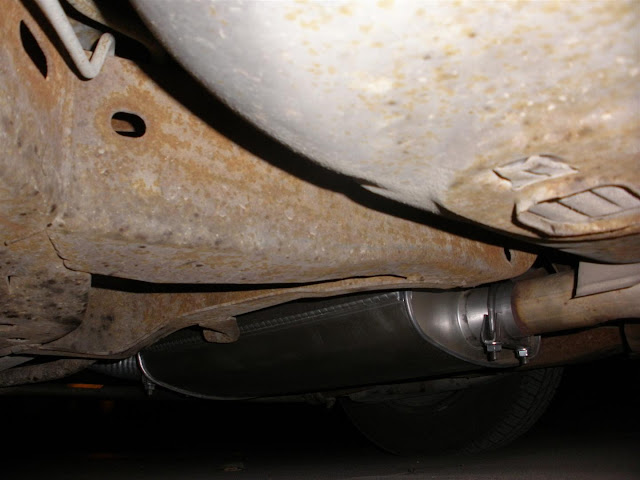 There's the muffler tucked up underneath.

And best of all… it’s quiet again! 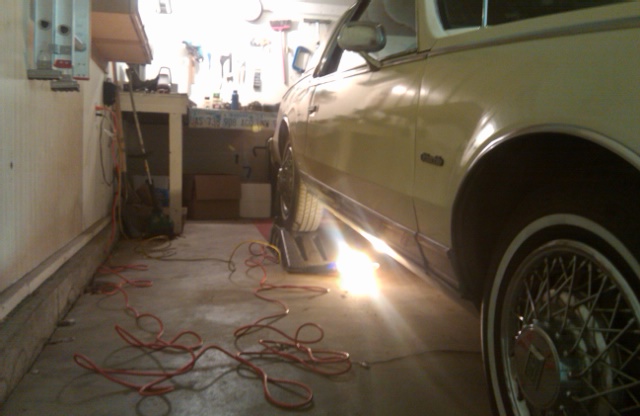 This is re-damn-diculous. I ordered my new exhaust from RockAuto.com and everything came in quickly like I always expect. I finally got some time on Sunday to install it. I got it all hung and lined up and went to put the clamps on. I got all three clamps, but one clamp came with only ONE NUT instead of two! So the project is on hold until I can either get another nut or another clamp.

All in all its gone a lot smoother than I had planned. Separating rusty exhaust pieces is never an enjoyable experience. There wasn’t much left of the old system, it has rusted apart where the muffler used to be and all that was left was the old inlet pipe for the muffler and the old clamp. I put the big breaker bar on the rusty nuts and ended up just twisting the u-bolt in two, then just hammered the rusty clamp off. Of course the clamp had become unnessicary as the old pipe had rusted to the surface of what good exhaust I had left. But about 20 minutes with my angle grinder and I was able to pry part of the old pipe off. Then with vice grips I peeled the rusty old pipe off of the good pipe like peeling a banana. Actually went smoother than I had expected. 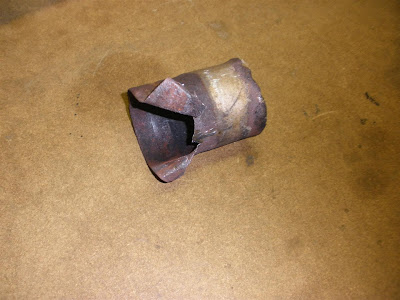 The good news is that all the new parts fit darn near perfect! Something I’m really not used to. Haha! And if I would have had just that one nut…. I’d be driving it today. It will be nice to have a quiet ride again, but I guess that will have to wait until tomorrow. It’s just funny because I had mentioned in a previous podcast that I almost always figure out that I will be missing something to get this job done. I thought it was going to be a tool or something I’d have to buy, didn’t think it would be a single nut that was supposed to be included in the first place!