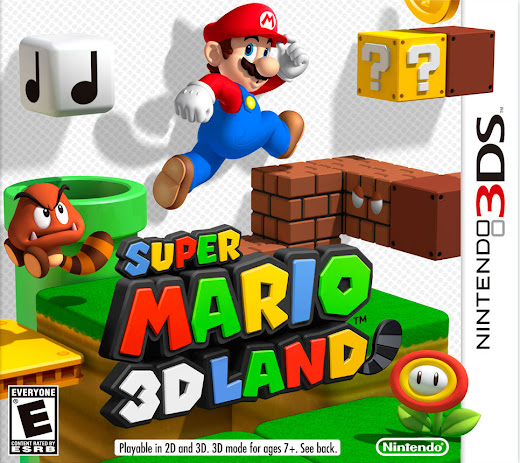 Finally got finished with the main part of Super Mario 3D Land.  You know, the part where you go save the Princess?  I used to be able to beat games like this in short order.  I guess that’s what the job, family, and a ton of other great ways to spend your time will do to ya!

The most obvious traits of the new Mario game are of course the 3D effect the 3DS provides, and the racoon tail.  This much we can tell from the box.  Once you actually play the game, you’ll find that Nintendo has put a lot of thought into what has consistantly made Mario games fun, memorable and timeless.  And then incorporated the new technology into that formula. 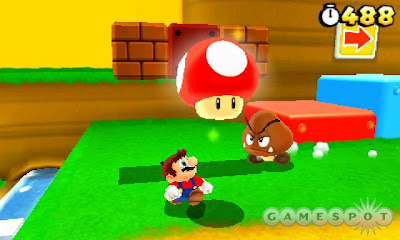 Plopping down into the first level, my very first thought was, “Whoa, Mario is small!”  It really feels like you’re playing a miniaturized version of Mario at first, but you grow used to the scale.  The controls are very tight and precise and rarely does the circle pad fail you.  I sometimes find it difficult to hit the R trigger for a longjump and keep the 3DS lined up right to preserve the 3D without blurring the screen, but this is more a flaw in 3DS design than in 3D Land.  The 3DS just isn’t the most comfortable system to hold.

You’ll find a lot of throwbacks in Super Mario 3D Land.  Most of them tributes to Super Mario Bros. 3.  The raccoon tail being the most obvious, but there’s P switches, music note blocks, flag poles, and some classic Mario artwork in between worlds.  But it’s not a retro game at all.  Fans who just got in to Mario with the Galaxy series will enjoy this game just the same, although they’ll be oblivious to the games that inspired the setting.  And really, this is what has always made Mario games great!  I think about a couple of my less favorite Mario titles like Super Mario Sunshine.  There is a lot of original content to that game, but in the end, it lacks enough familiarity for me.  3D Land has Thwomps, ? Blocks, and plenty more staples that just make you go, “Hell yes.  It’s a Mario time.” 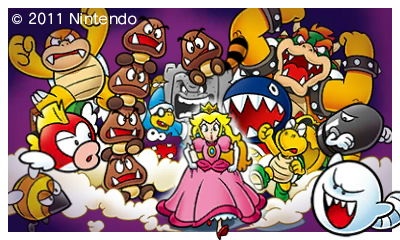 If I had one balk towards the game, it would be its difficulty.  I kept expecting it to ramp up, but even in World 8 the game is still very forgiving.  I know I’m not that good!  And the tail makes some levels a complete cakewalk.  Though to be fair, the tail had a similar effect on Super Mario Bros. 3 which is my all time favorite Mario game… so perhaps that observation is an unfair one to make.  Just the same, 3D Land is not a difficult game by any means.  If you do find yourself getting stuck, you can go back and pick up a tail from a previous level, or keep trying until the “pitty factor” kicks in and they will give you a floating “Invici-tail” (that’s what I called it) which is basically an everlasting Leaf/Star combo powerup.  This is of course if you want to be a cheater. 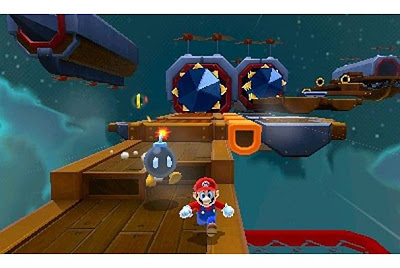 When it comes to the amount of content, I think you should be more than satisfied.  8 worlds, with individual levels much like New Super Mario Bros. along with Ghost Houses, Fortresses, Airships and Castles.  There’s a lot of fun to be had trying to get the three gold coins in each level.  The design of each course ranges from novel, to ingenious.  If you’re just tailing up and flying through the courses, you’re really missing out on some of the best platforming fun the little plumber has ever experienced.

It’s cool to see all the classic inspiration in this game, but it’s even cooler playing Mario in a way that you never have before.  This is certianly not the “same old game” it may look like at a glance.  If you’re looking for more difficulty, check out the bonus stages after you’ve “beat the game”, but just don’t be expecting a hardcore challenge.  Either way, Super Mario 3D Land is not only a game worth playing, it’s possibly the best reason to own a 3DS.