We went back to SWK for my nephews’ birthdays.  It was lots of fun.  They decided that instead of a pizza party they were going to go to the Monster Trucks at the arena.  Wise choice! 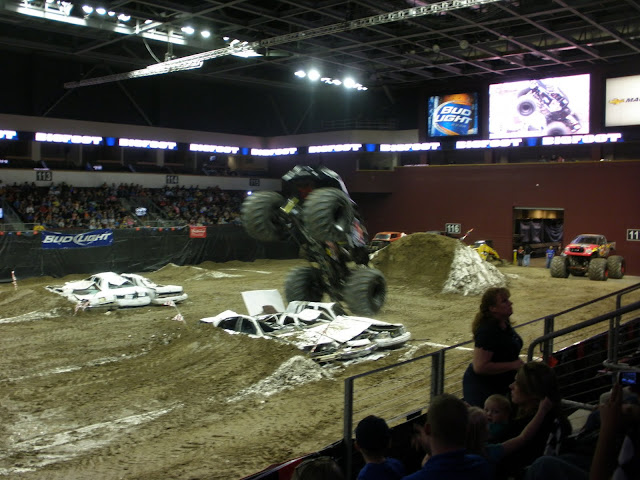 I really hate our digital camera.  Unless you’re in direct sunlight or your subject is completely still, the pictures are just a blurry mess.  I’ve seen cellphone cameras that take better pictures.

At any rate it was alot of fun!  I haven’t seen monster trucks since I was probably 12 years old.  I don’t know if they’ve changed much.  I’d assume they’re a bit more sophisticated now.  We got to get pretty up close to them.  They look pretty intense.  A lot more sophisticated and heavy duty than your average hauler. 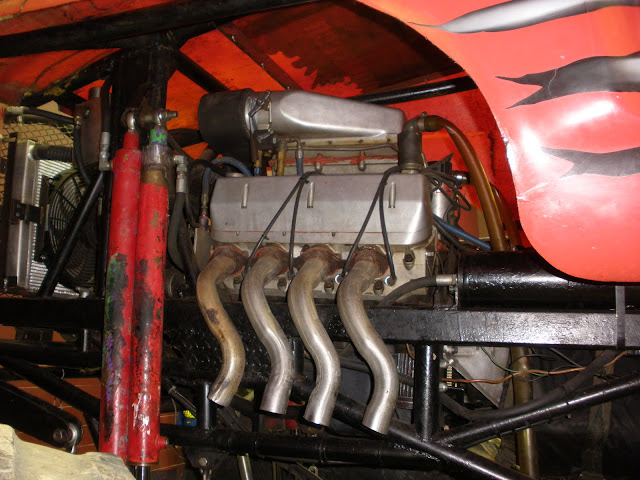 There’s a lot of similarities between the monster truck circuit and the pro-wrestling circuit.  They both have over the top stories and weird fans.  Of course any time you go to see monster trucks you gotta know if “Bigfoot” is going to be there.  And he was… technically.  I did a little research and apparently there have been 18 trucks that have been “official” Bigfoot trucks.  We saw Bigfoot #16.  Was probably the nicest put together truck, but the driver just didn’t have the gusto. 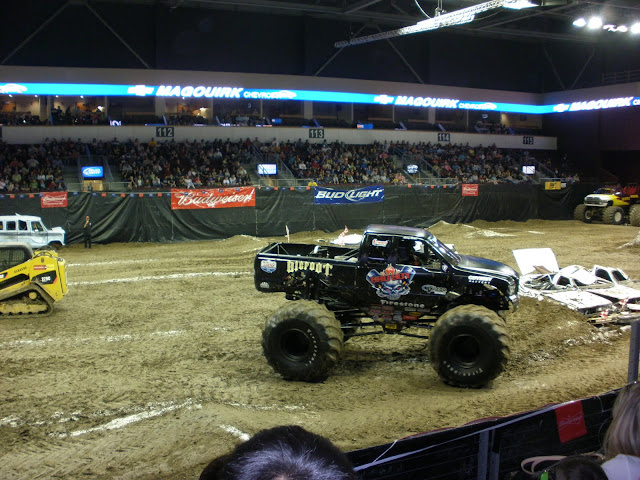 The real bad ass was a 68 Mustang called “Ghost Ryder”.  This guy was balls to the wall all the time! 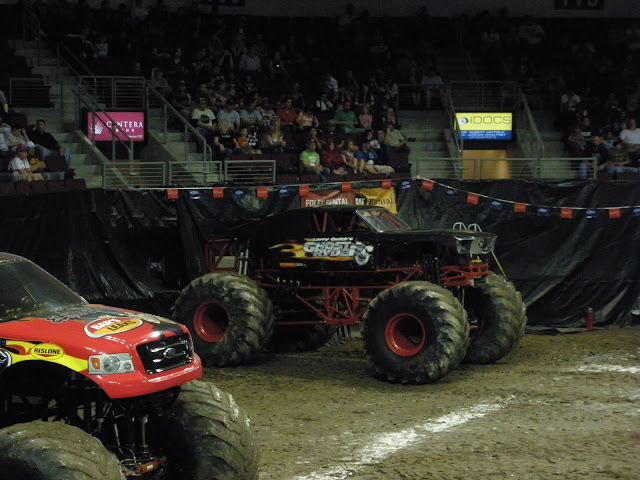 All in all it was awesome.  I just let myself act like a kid again.  The nephews had a blast and all the parents did too!  Sadly there were some classy cars crushed that day.  Some looked a little too much like mine! 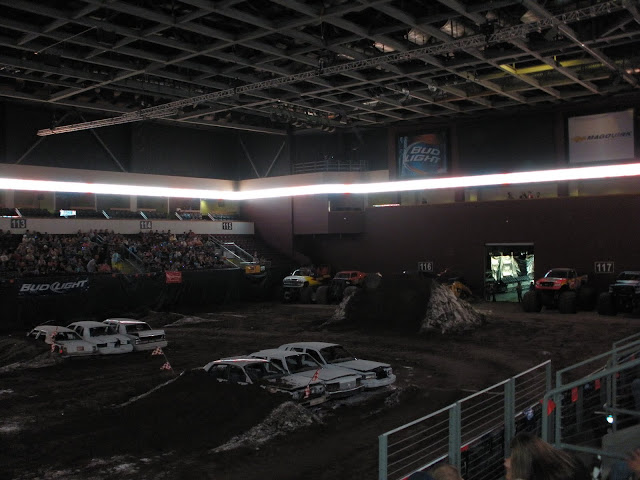