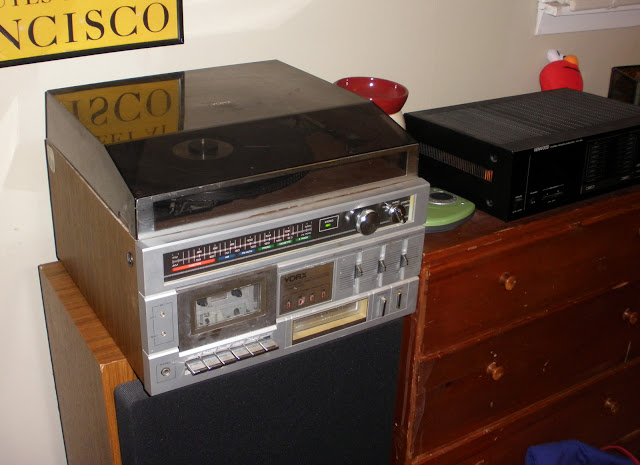 These seem to gravitate towards me.  Jamie and Bryan got this for me for my birthday this year.  Man is it cool!  It has a phonograph, cassette deck AND an 8 track!  All the good stuff!

I hooked it up to Andrea’s speakers, we plugged it in and it seems to work fine.  Other than the selection switch is pretty finnickey so I need to get some electronics cleaner and clean all the contacts there.

It needs a good cleaning, but it should be a trusty radio! 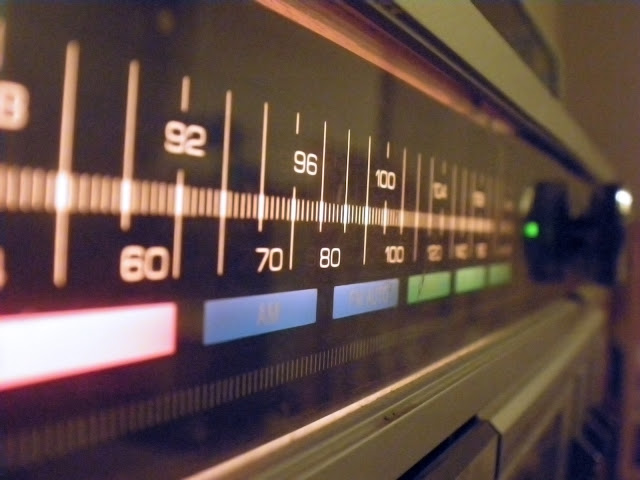 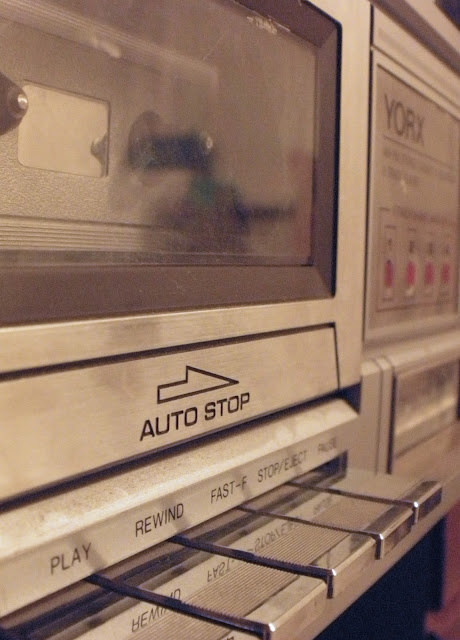 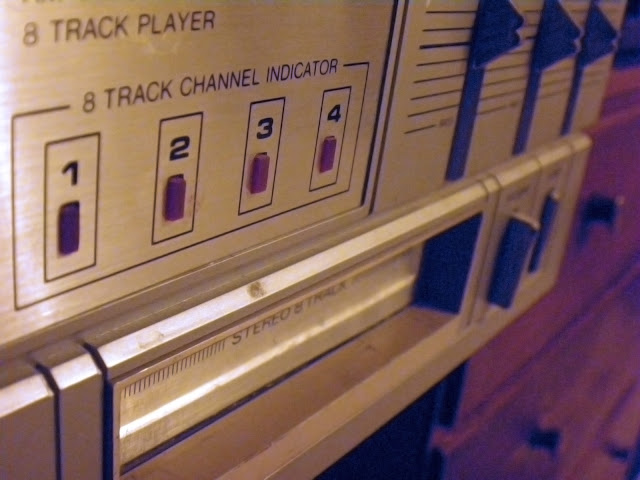 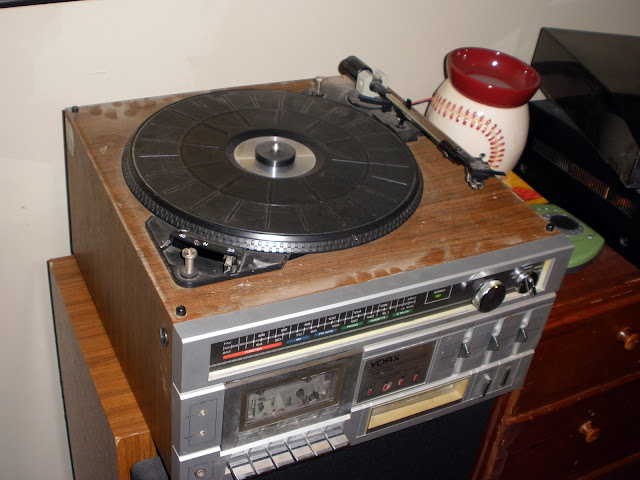 This power strip will hack your computer. Listen to the show to find out how!

Sorry it’s taken me so long to get this posted.  Recorded almost a week ago!  That’s how busy this week has been I guess with Luke’s swim lessons, big promotions at work, and birthday parties.  It was a good one though as M.Carver joins us as a fellow old dude.  I get interrupted a few times for baby stuff, but all in all, it was a fun show!

We’re on iTunes too!

It IS Rocket Science

These guys have some balls… As if simply shooting a box of metal off of one planet and hitting another isn’t complicated enough, check out what’s about to go down on August 5th.  If they pull this off I would have to say they are all certified grade A bad asses.

I’m trying to get better at video editing.  So I’ll probably be using more mundane clips like this in the future to figure out what I’m doing.  Nevertheless, enjoy this short video of Andrea building a Yoshi Mario Kart out of K’nex (look like Legos to me)! 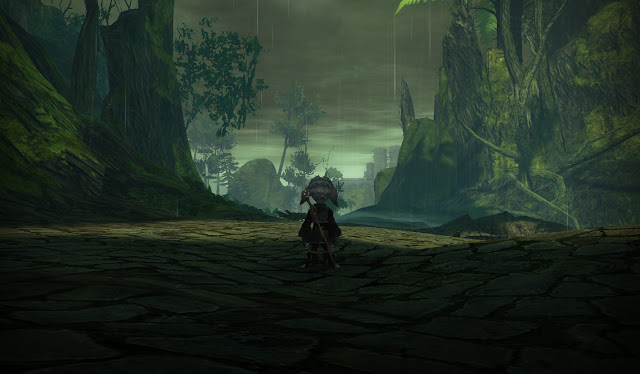 Biebs and I cranked out another podcast.  Hopefully this continues to be a weekly feature.  Head on over to joshbieber.com to see what his site is all about.

This week we talked about copyright law, Valve supporting Linux, Lots of Guild Wars 2 info for the upcoming Beta weekend.

If you are going to be playing GW2 we’ll be playing on the Vasburg server.  So come find us!

Shined up the Cutlass

It’s been either way too hot to be waxing the car, too busy at work to get, or the weather hasn’t been cooperating.  But I finally got around to getting Andrea’s car all shined up yesterday.  I took it out this morning with some good morning sunshine and took quite a few pictures.  I think it looks pretty darn good.  I wouldn’t mind driving this thing everyday anyway. 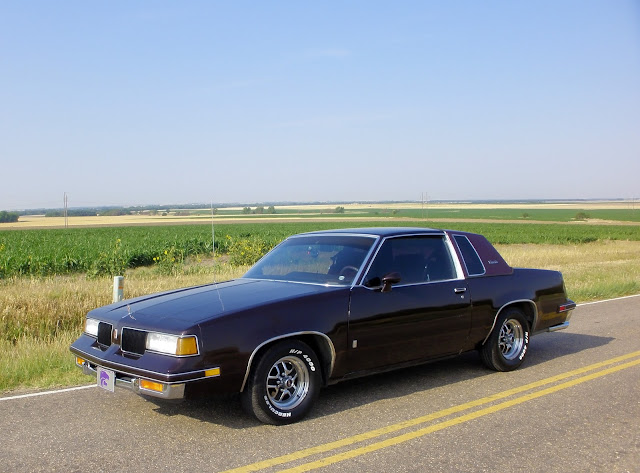 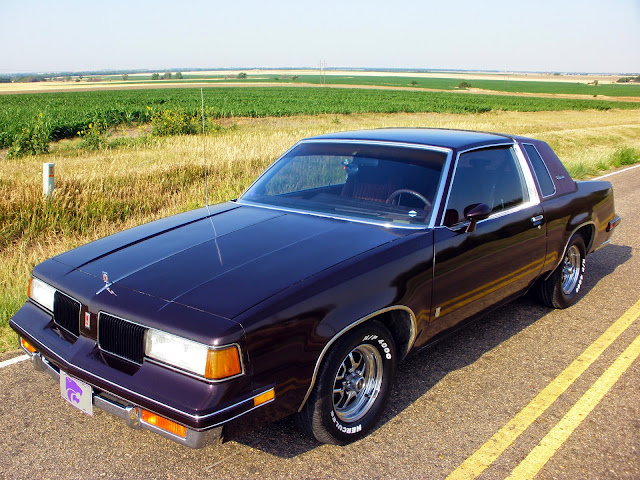 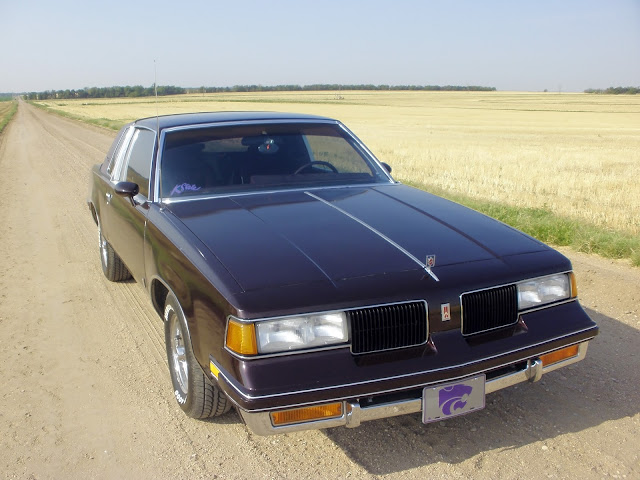 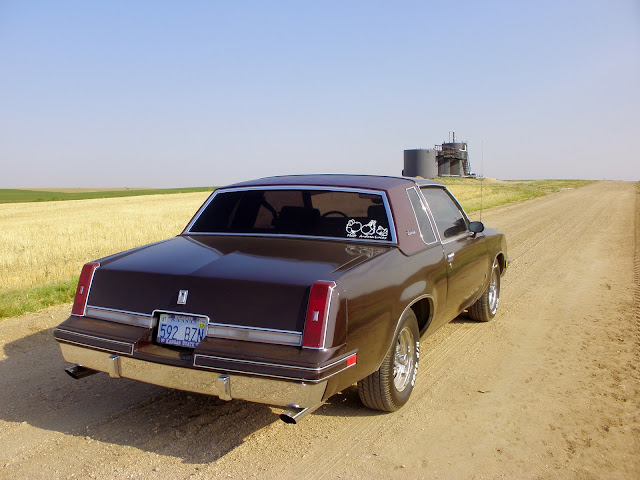 This is my favorite picture in the set. 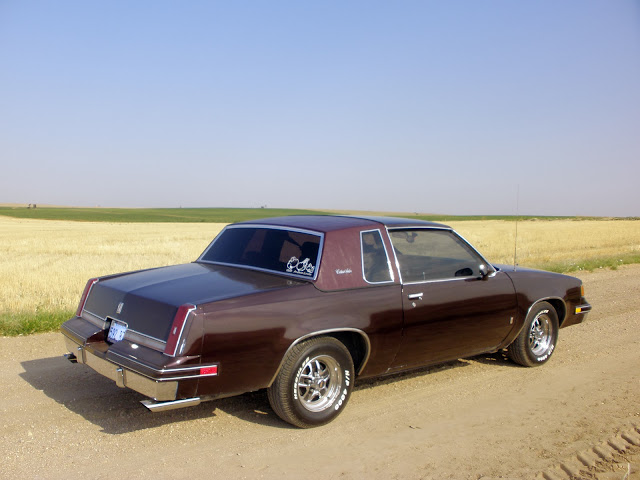 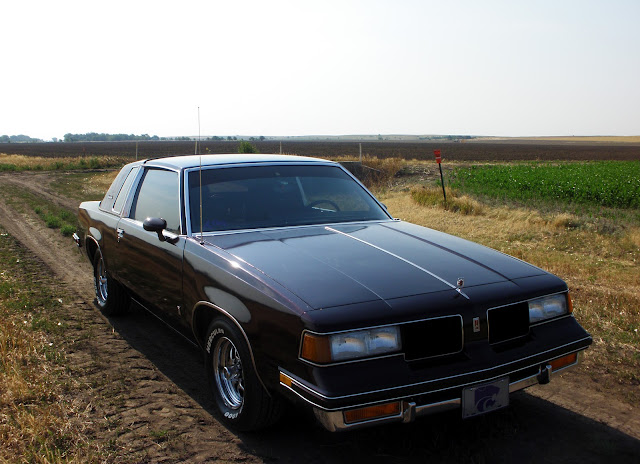 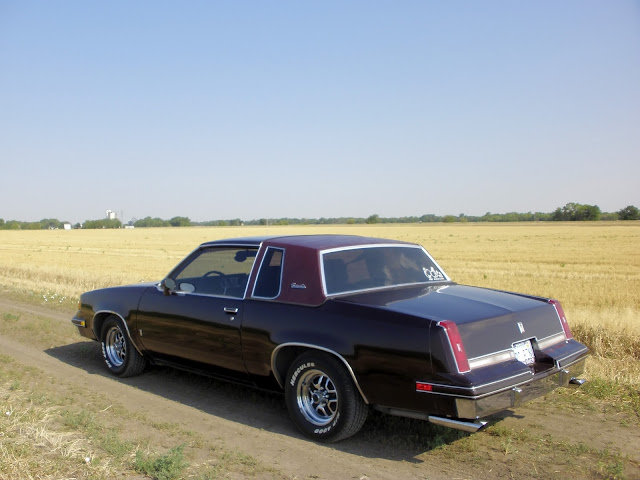 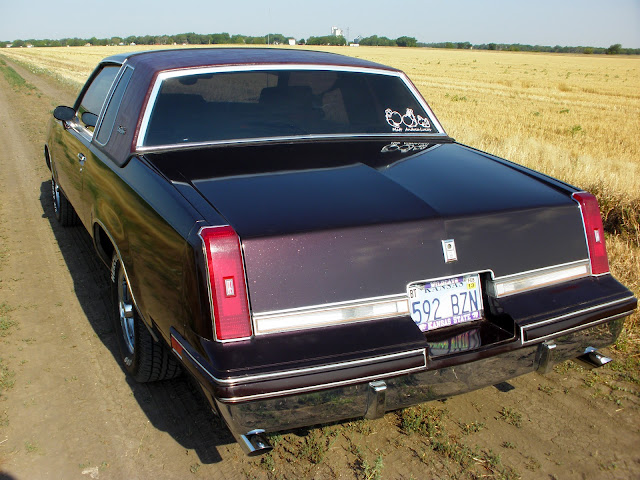 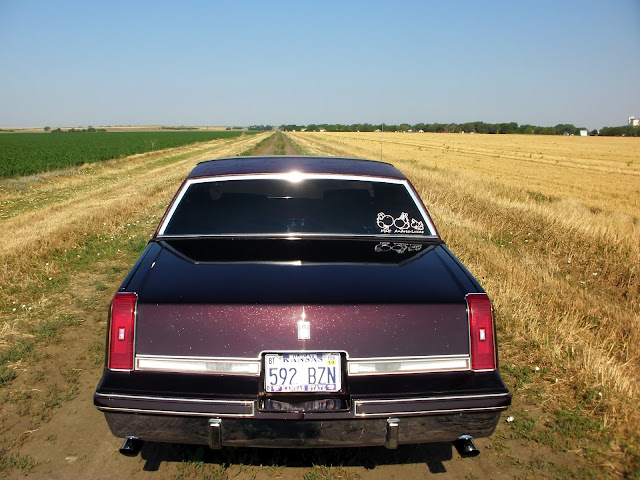 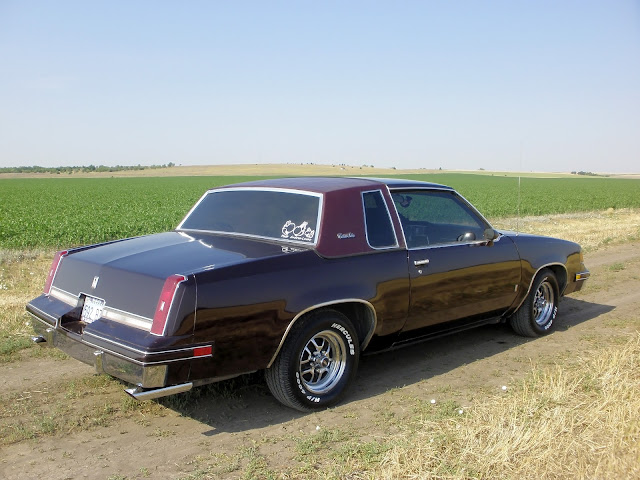 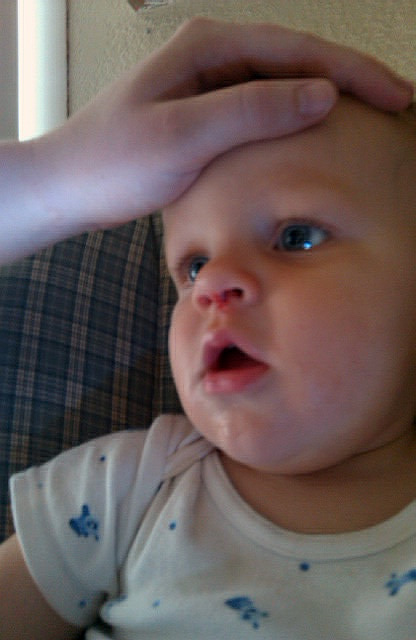 Luke got his first big boo boo today.  First one big enough to cut the skin.

He was trying to get up to the table in our computer room like he’s done countless times before.  But this time he missed when he reached out and went face first into the leg of the table.  At first we thought he just got a bloody nose from the bonk.  But when we looked closer he actually cut his nose on part of the leg as his face slid down the metal table leg.

Of course he cried.  Cried like I haven’t heard him cry before.  Real pain.  I think I know why it is you feel so bad for kids like this when these things happen.  Because they just don’t deserve it.  When an adult walks face first into an I-beam, you figure, well that’s payback for something stupid they’ve done.  But when it happens to a baby, it just feels totally wrong because they’re so innocent.

We were pretty worried at first.  It looked like it sliced in pretty deep because the skin had a white-ish look too it.  But as we looked more at it, it started turning a dark red, more like a blood blister.  We were worried that we were going to have to take him in to get checked out.  But the fact that he stopped crying about a minute after we picked him up and soothed him, and then back to his normal self within 5 minutes really calmed us down.  Heck he was back to crawling around and wreaking havoc.

So he’ll be fine.  Just like all kids do.

The box is always more fun than the toy… 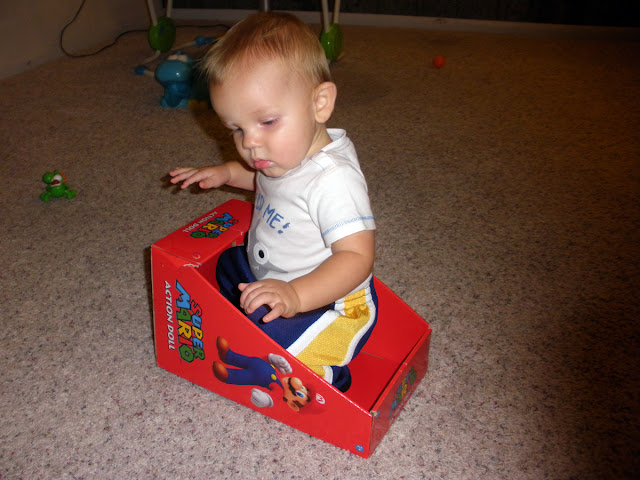 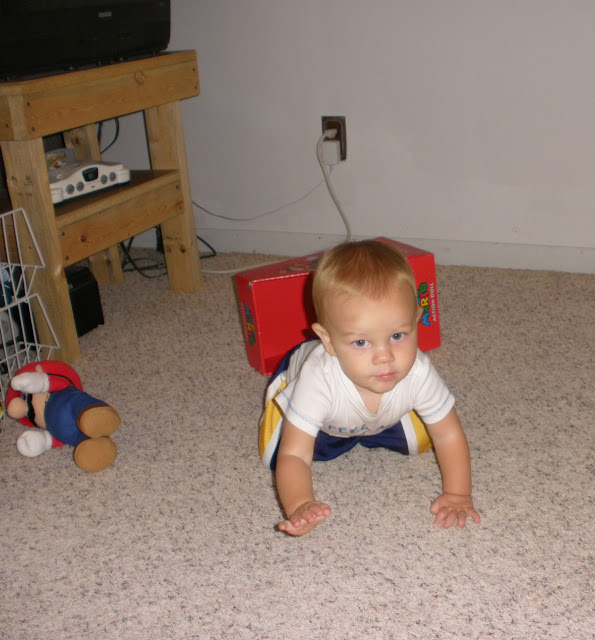 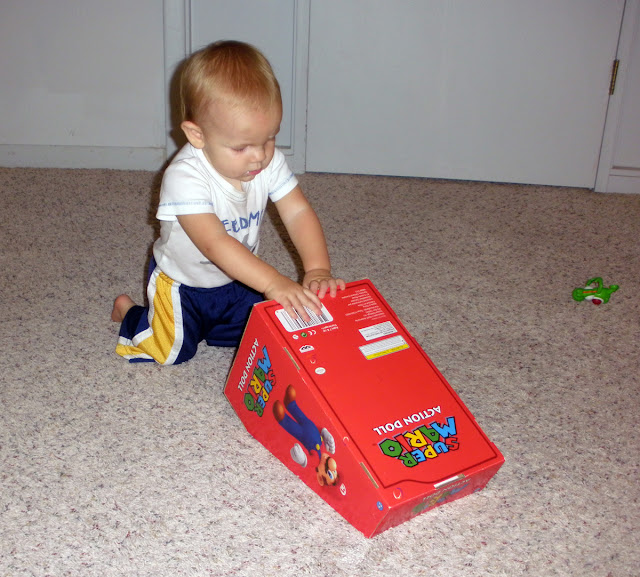 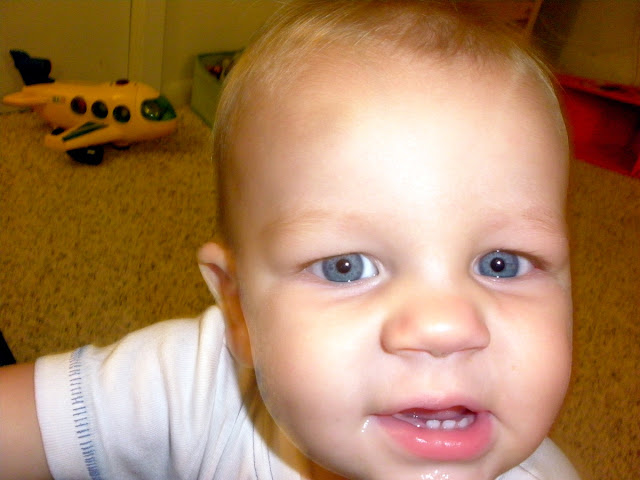 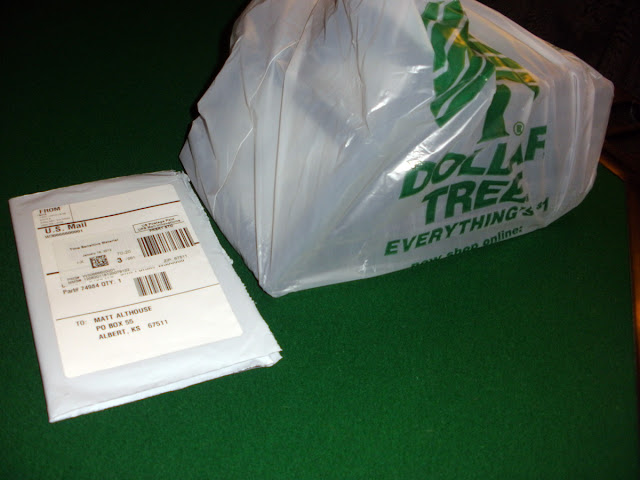 This is gonna be fun! 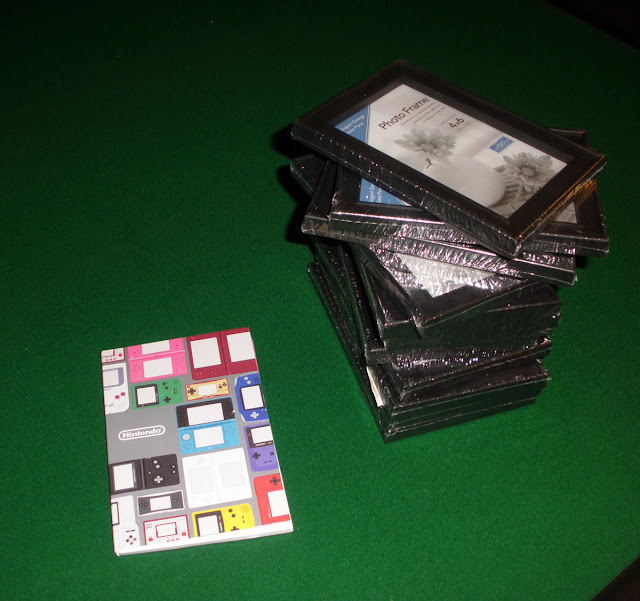 I’ve had these cards from Club Nintendo for a while.  I wanted to display them in some way but they really would look best with frames.  Frames are so expensive though… except at the Dollar Tree!  $1 per frame.  Much better than the $3 or $4 I was finding elsewhere.  Thanks to my officemate Kate for revealing to me this awesome deal! 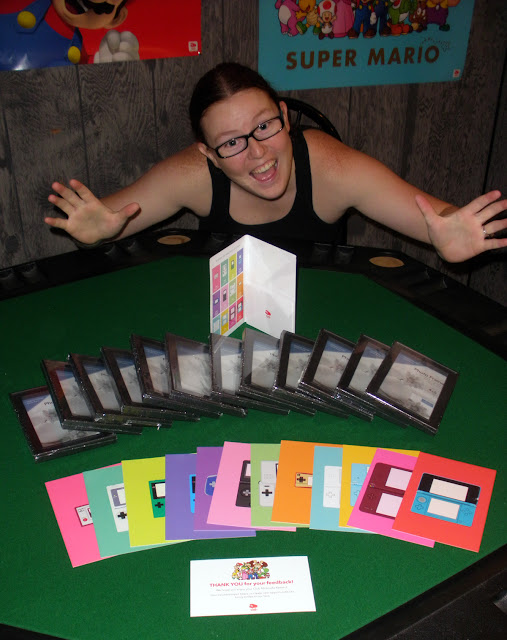 And I’ve got a helper!  These cards show every portable game system Nintendo has released to date.  And with the recent announcement of the 3DS XL, these cards are already out of date.  Haha. 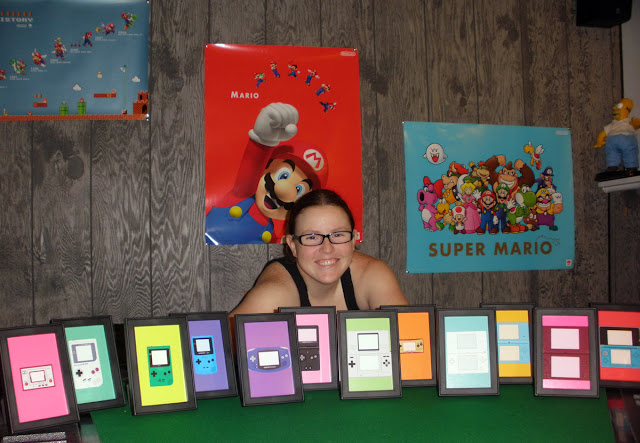 I think it looks good.  I’m debating putting them on the wall behind Andrea, or setting them up in the soon to be “studio” room.  I’m afraid the glass in the frames will create some reflection problems, but never will know until I try.

Meanwhile, Luke was having some mischevous fun of his own. 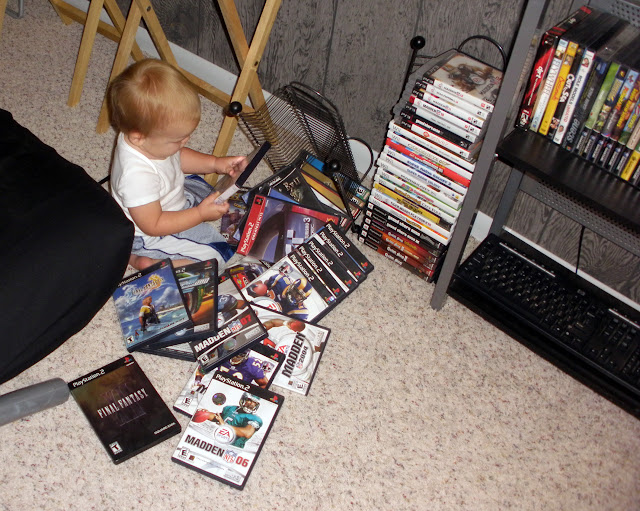 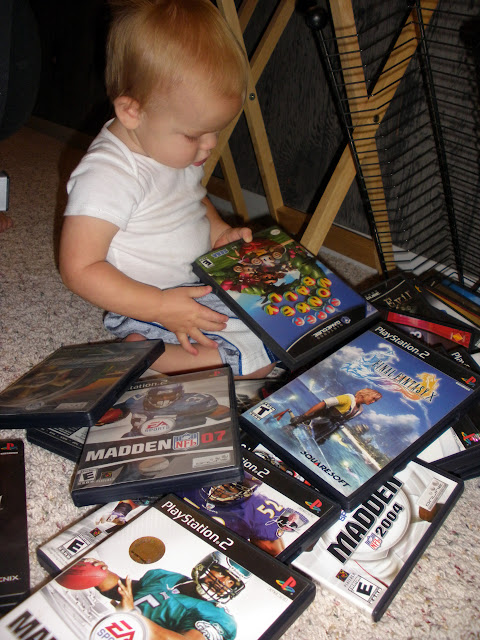