We talk a lot about computer repair and how the average joe just doesn’t trust us.

We are considering changing the name of the podcast, as the only episode with two dudes (regardless of age) was the first one.

This is the world I live in…

So I’m mowing the yard the other day.  I’m on my last couple passes, and I go to turn around and the mower doesn’t budge.  I push down on the handle to try to get the front wheels off the ground so I can pivot, and nuthin.  Upon breif investigation, the handle was moving up and down, but it had now become independent from the mower deck!  $(*&#!  So awkwardly pulling the mower across the lawn to finish the last couple swatches I finish the job.

Back to the garage with the mangled machine reveals the full story. 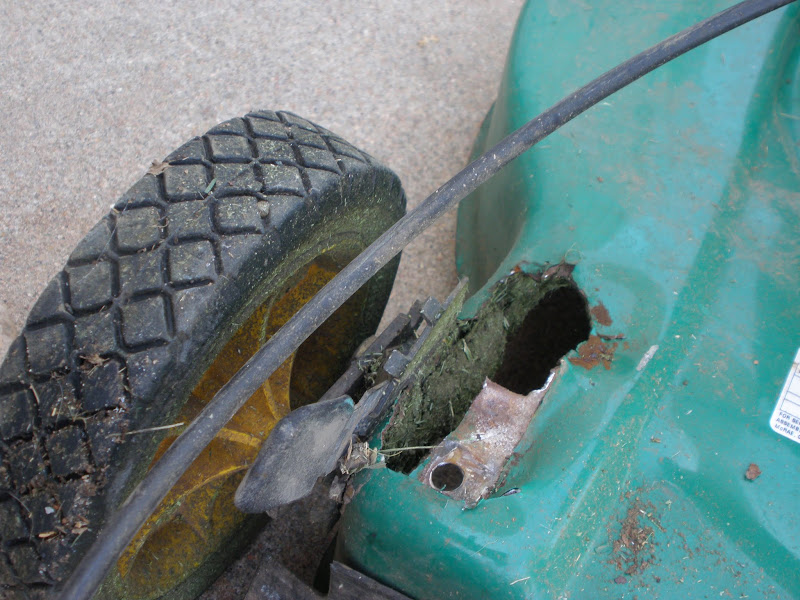 The giant rust hole above is where the bracket for the handle attaches to.  This mower isn’t that old.  We bought it in 2007 I believe when we moved to the house in Ogden.  So let this be a lesson to you.  Clean out all those old clippings that get matted up on the deck on the inside.  If I had done that regularly this probably never would have happened.

So the problem now was, grass grows, I can’t cut it.  I can either get a new push mower for $130 or so at Wal-Mart, or get a riding mower.  Which I SERIOUSLY contemplated.  I’ve wanted one for a while and this seemed like the perfect excuse.  But I went with cheap-bastard option 3: fix this one. 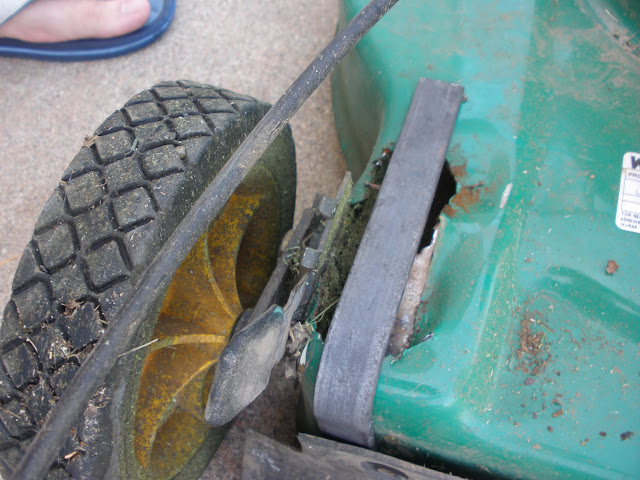 Time for some ‘riggin!

So I looked around my scraps to see what I could come up with.  I’ll warn you this is almost one of the most redneck fixes I’ve ever done.  So with some scrap metal and $3 worth of hardware from the hardware store I had a game plane.

Quick aside:  WTF is the deal with prices on nuts and bolts!?  I went to pick up the stuff I need and nuts bolts and washers ranged anywhere in price from 10 cents to 18 cents APIECE!  We aren’t talking major hardware here.  Just 1/4 nuts and bolts… I have since started savaging old stuff for all the fasteners I find. 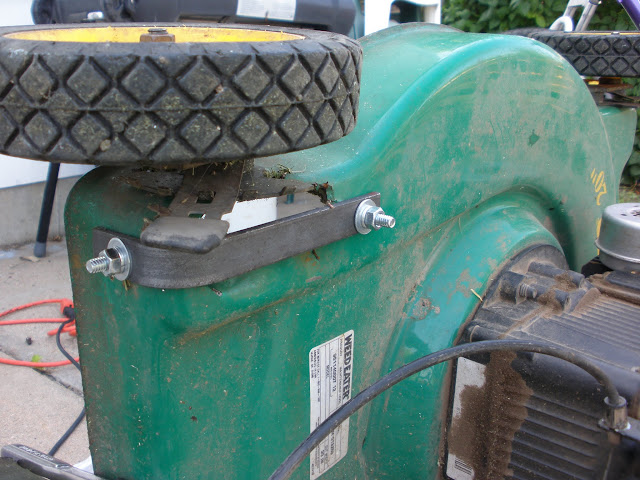 I wish I had a welder… and had a clue how to weld.  But nevertheless, I attached the new metal to the deck of the mower.  Now I have a new surface to attach the handle to. 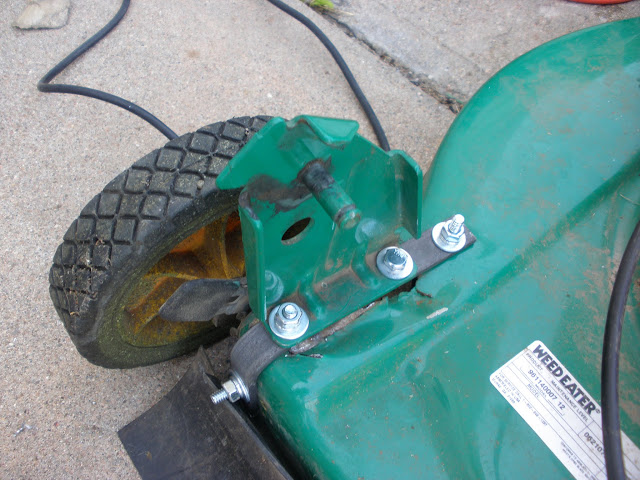 And now the new bracket is attached.  We’ll see if it is solid enough to hold up to the rigors of mowing my divot filled yard. 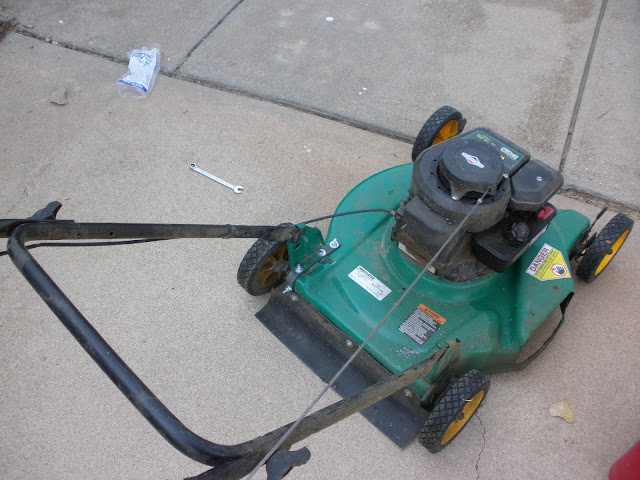 So far it made it through one full mowing of the yard.  Felt pretty solid.  But the rust is pretty extensive in that area, and I fear it’s not long before it happens again.

But for now, the yard looks good.  I always liked a nice yard, and even if it’s just weeds, I love the look of a freshly cut even lawn.  Like a lush green carpet laid out for your house.  It can almost make an ugly house like mine look good.  Almost. 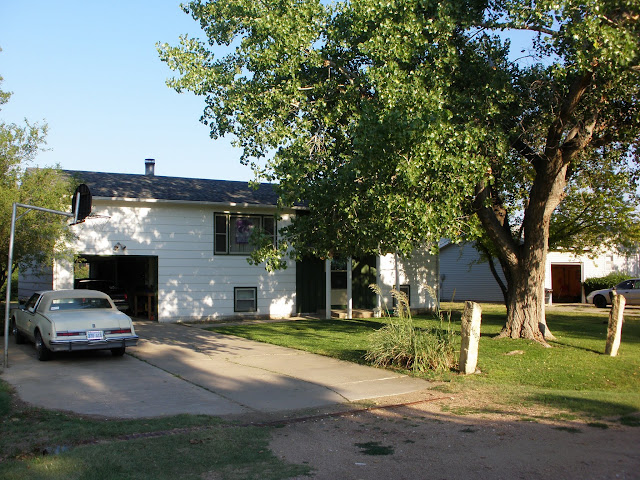 There’s just something about fixing something that makes me feel invincible.  Other people might have spent hundreds of dollars on a new mower had this happened.  And I threw something together and it worked.

Fixing stuff like this isn’t a matter of skill… the Frankenstein appearance of my solution should tell you that much.  It’s just about coming up with an idea in your head and saying, “Well it probably won’t work, but I’ll try it anyway.“