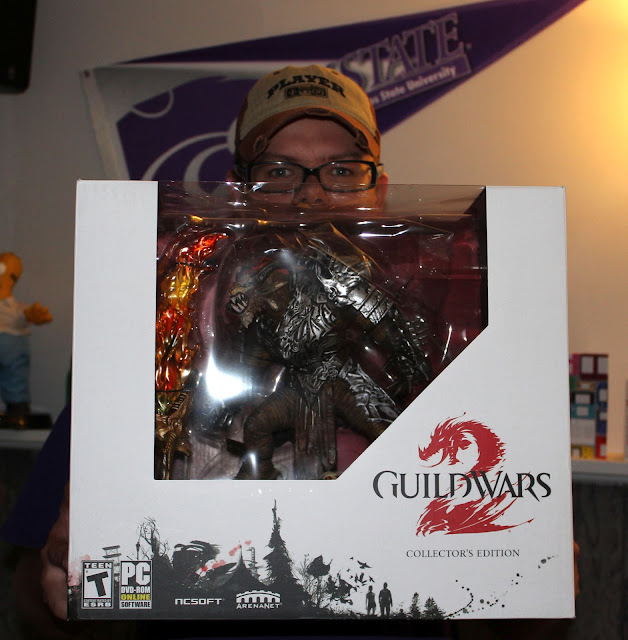 Context shot so you get a sense for how friggin’ massive this thing is.

Guild Wars 2 was announced 5 years ago.  To put that in perspective, when this game was announced, the Wii and PS3 were brand new.

Then shortly after the game was announced… nothing.  Years of nothing.  To the point where you wondered if the game still existed.  Arenanet would be asked when the game would come out and they just would say, “When it’s ready.”  And then a couple years ago information really started to flow.

When it was finally announced that you could buy the game, it STILL didn’t even have a release date.  Nevertheless I pre-purchased… in full… the Collector’s Edition (which you see above).  I never in my life have spent so much money on a game, let alone a game that will come out… “someday”.  Luckily today is that day.

I’ve written extensively on my early Guild Wars 2 experiences and if you follow this blog I’m sure you will hear a great deal more in the months and years to come.  What you’ll find here are some detailed pictures of the Guild Wars 2 Collector’s Edition.  There are ALOT of pictures so be sure to click the link to continue reading if you want to see all of them.  Otherwise it would take up the whole front page! 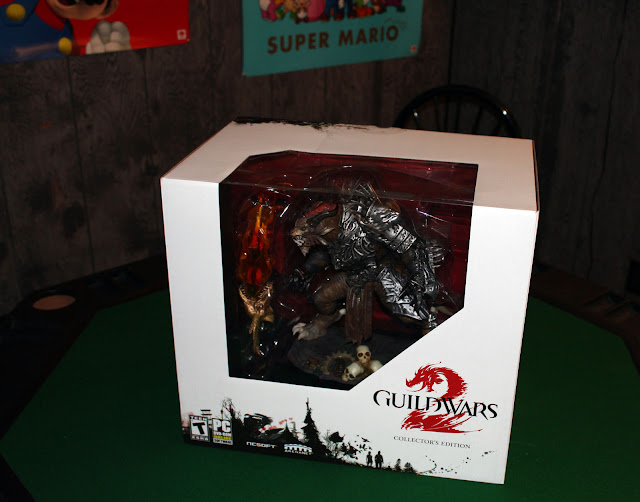 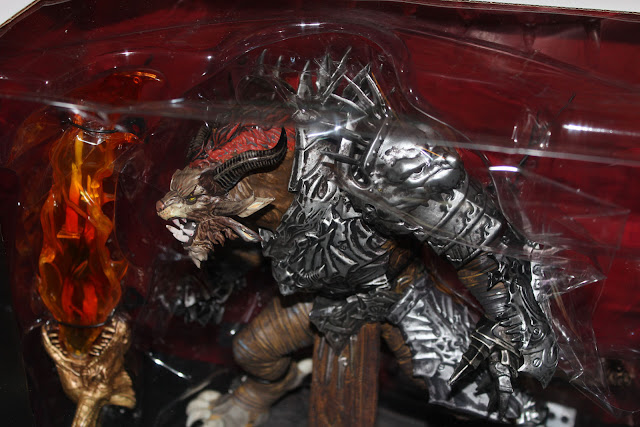 Looking through the window. 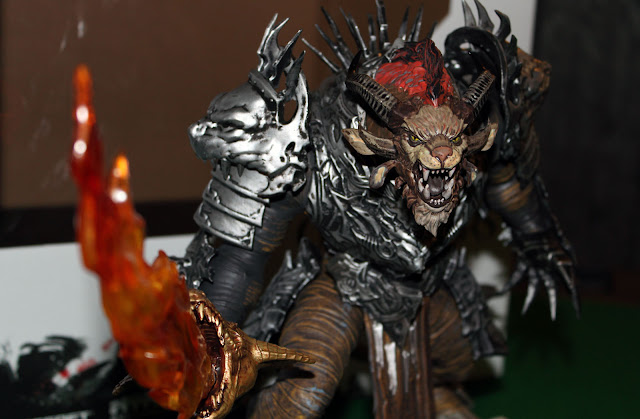 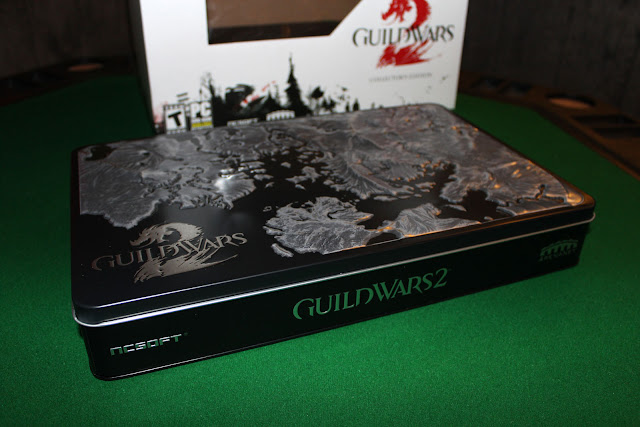 Keep reading to find out what’s inside this lovely treasure chest. 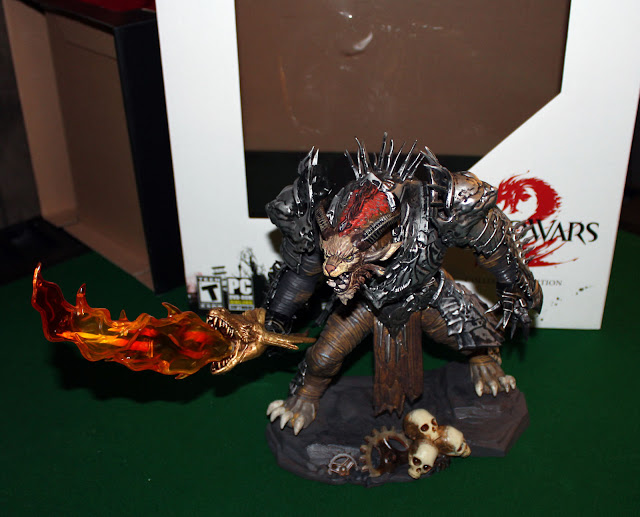 This guy is taller than a 20oz Pepsi. 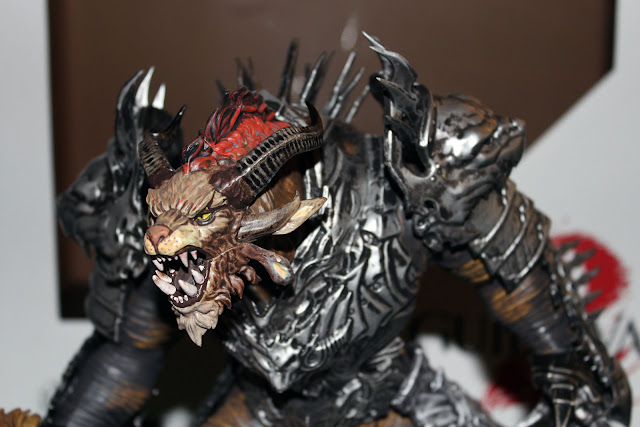 The detail is amazing. 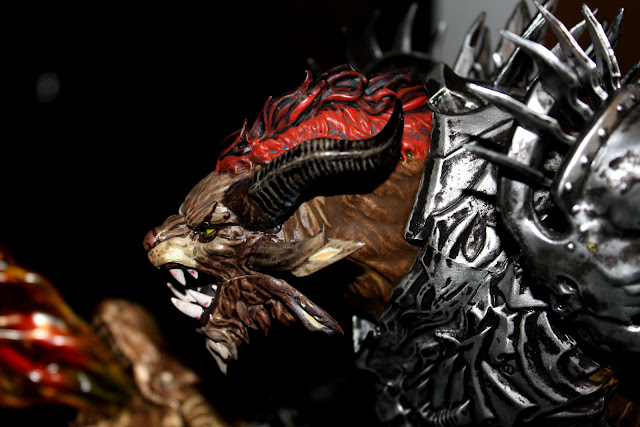 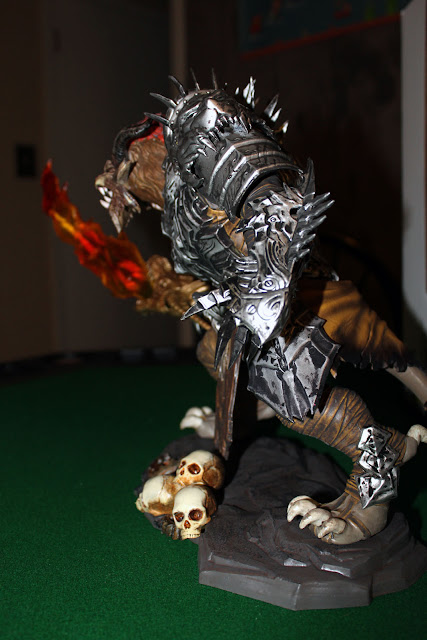 This is actually a character from the game named, Rytlock Brimstone. He’s a member of a race named the Charr. They are a playable race, and the race I choose for my first character. 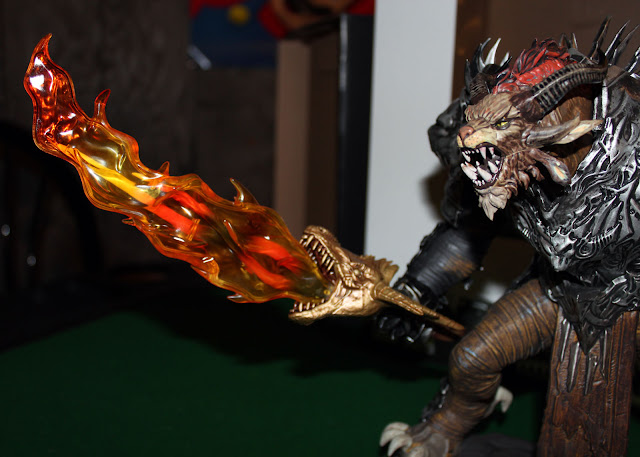 If anyone remembers the “Fiery Dragon Sword” from the first game, this is it. 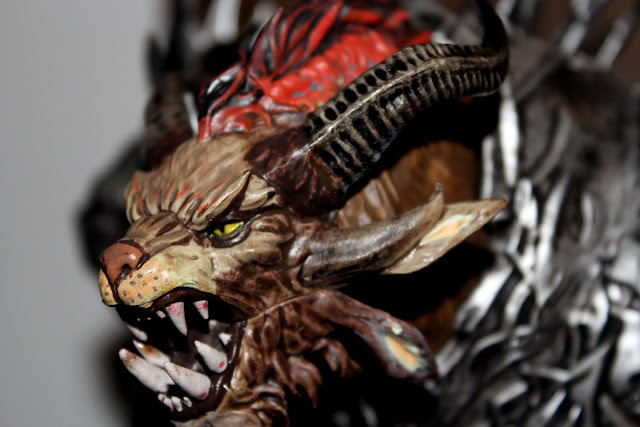 More amazing detail. Notice the blood on the teeth. I wonder what his breath smells like.

The base. The camera flash made it look like the skulls had glowing pupils staring at you in many of the shots. 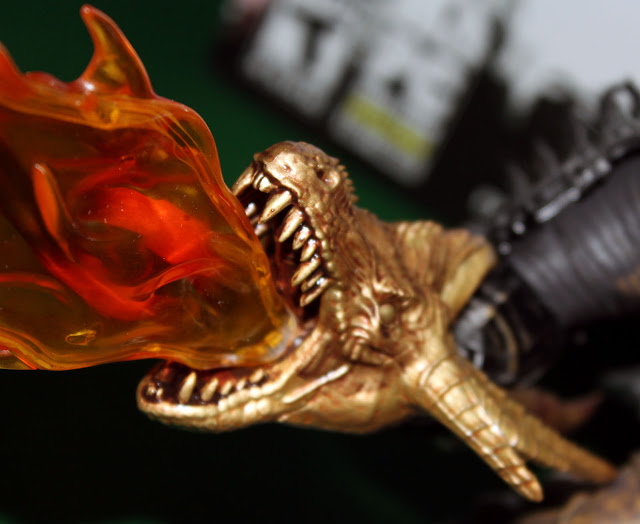 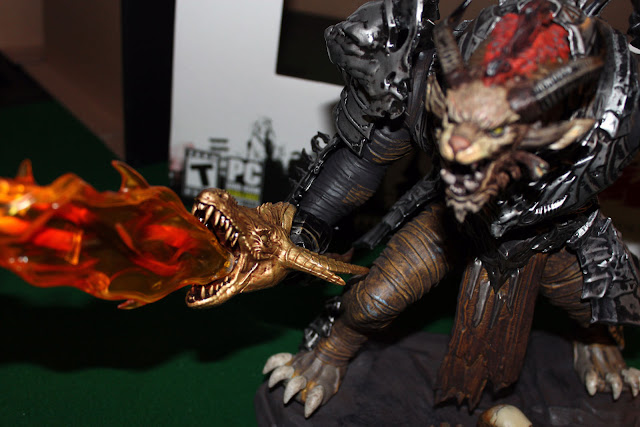 I just can’t say enough about the quality of this set. Beyond just the figure, everything was top notch. More on that soon. 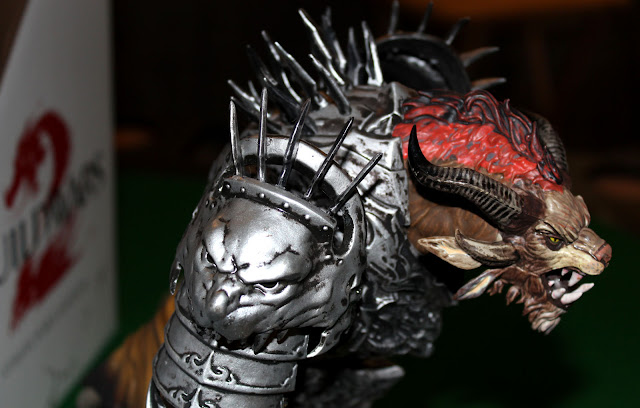 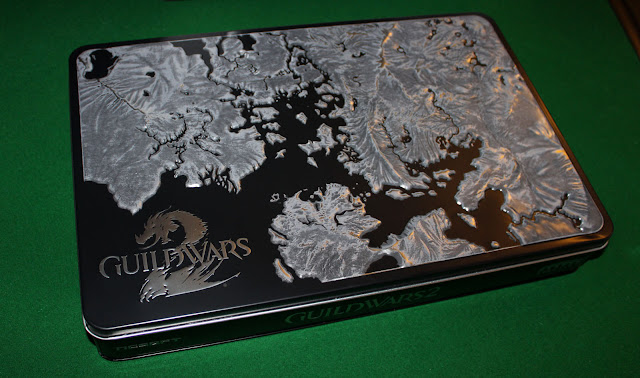 Once again, the tin that contains everything else. The top has a map of Tyria on it which has the topography textured into the tin. 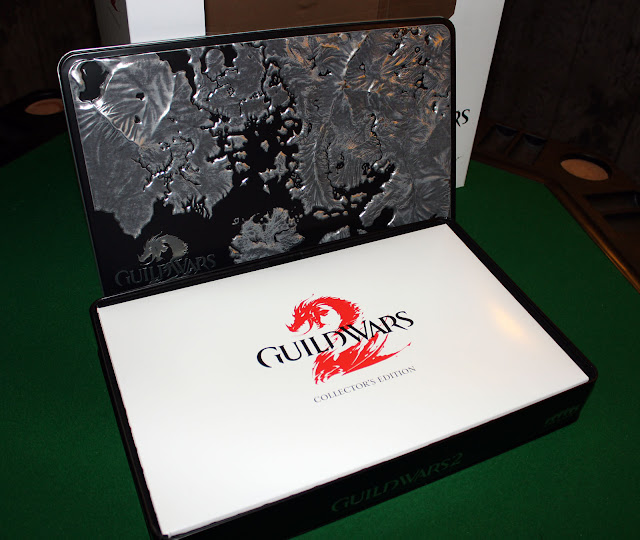 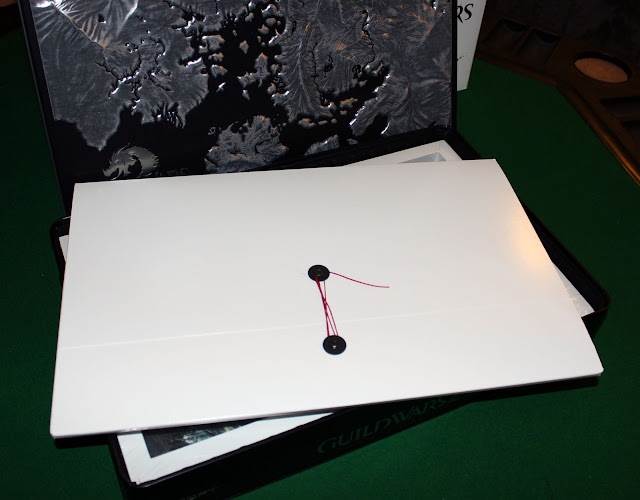 Little touches like this are what make me smile. Rumor is each one of the developers hand tied the string on each envelope to give each collector’s edition a personal touch. Probably not… but I’ll start that rumor since it’s more heartwarming than the likely reality. 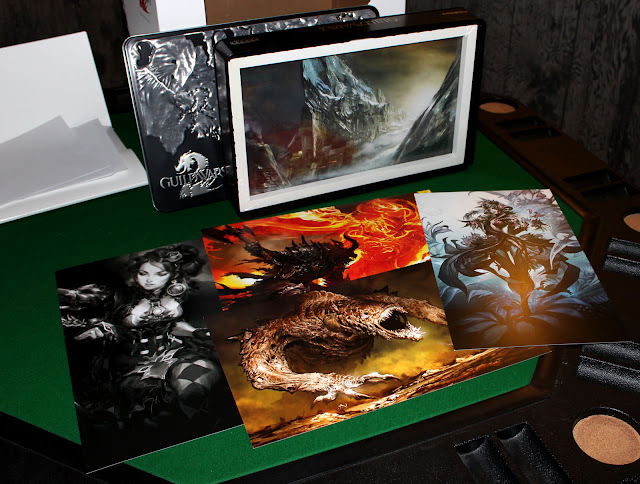 Here’s what’s inside the envelope. Some beautiful concept art! 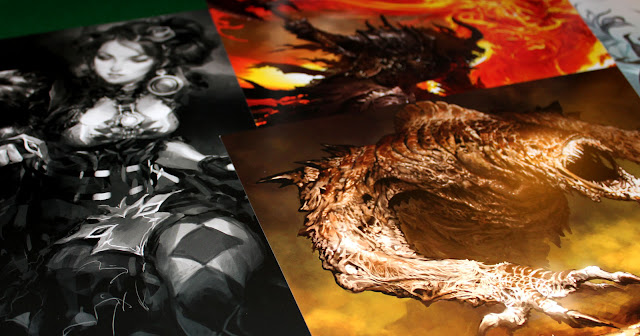 If there’s two things I took away from the original Guild Wars, it was my appreciation for Arenanet’s artistry and detail.

You can bet these will be displayed. 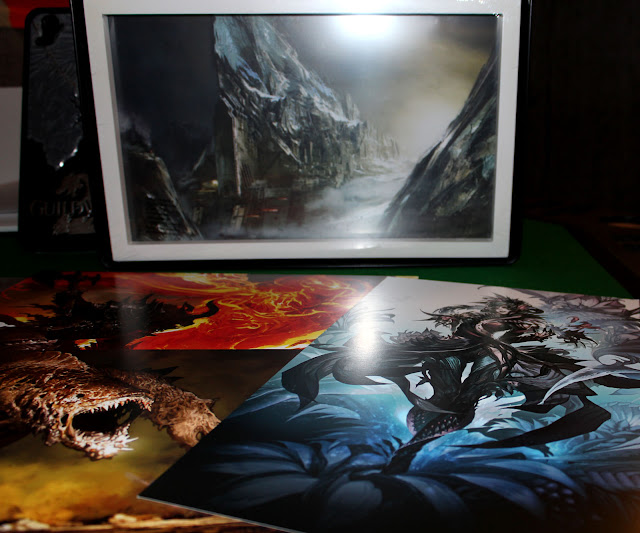 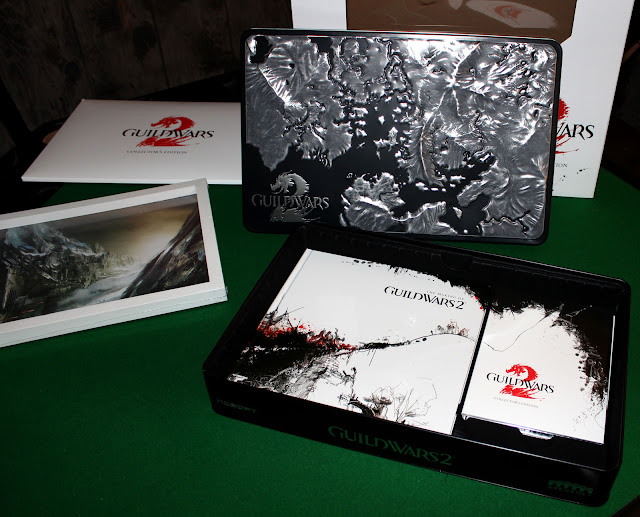 More goodies underneath the artwork. 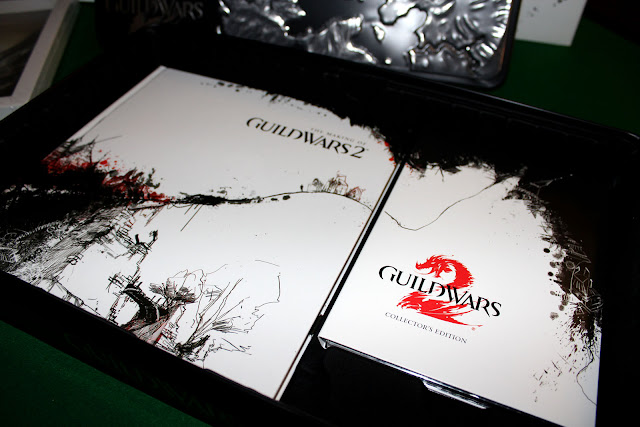 I love it. The artwork flows from the book to the game box. 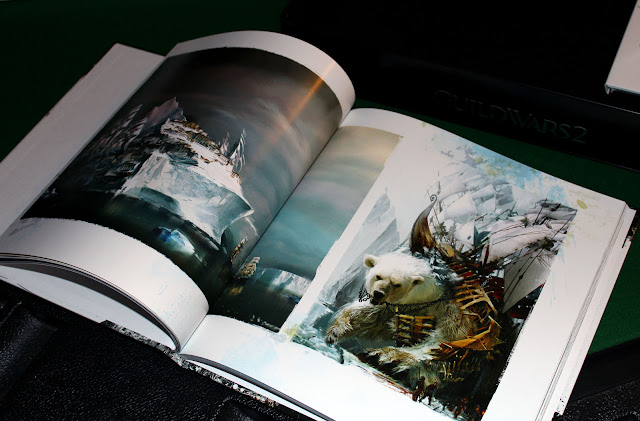 There is so much beautiful work inside here. Wish I could show it all. You’ll just have to see it for yourself. Come on over. 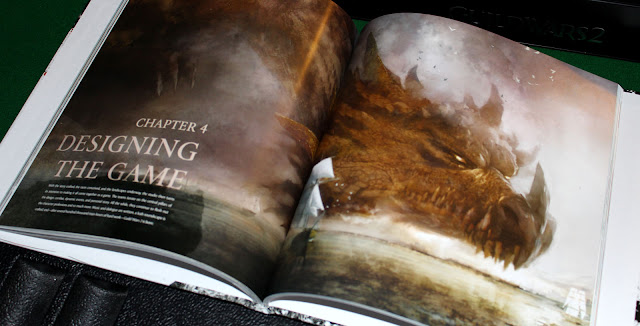 It has that new book smell. 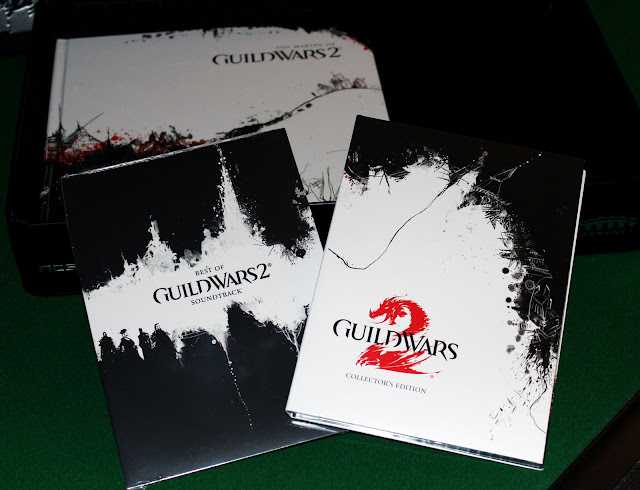 Six tracks from the new soundtrack, and of course. The game itself. I knew it was in there somewhere. 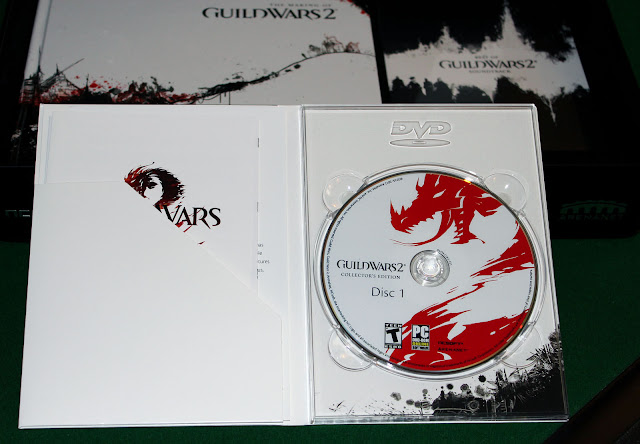 Funny thing is I never even used the CD. I already had the game downloaded. I just needed the serial key inside. Hehe.

So there you have it.  Look forward to the onslaught of Guild Wars 2 posts to come!