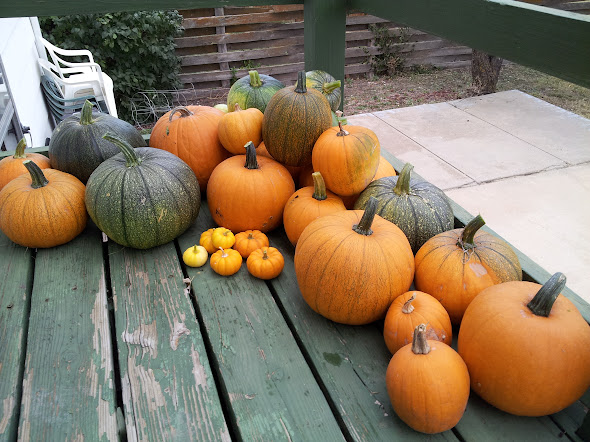 I think Fall is my new favorite season.  Not sure if it’s the rewards from all the gardening all summer, or if just that this summer was so brutal that the relief from the heat, and knowing that it won’t be coming back any time soon is liberating.

We spent the weekend with plenty of company.  Friday night Dad, Carrie and Jake came up.  Dad and Carrie were heading up to the K-State game, so we watched Jake and their dog Wally for the weekend.  I had to work Saturday but Jake, Andrea and Luke came in a little bit before I got off and Jake was able to do a little recording.  We went to a friend of ours’ wedding after that and Jake tolerated it while Luke was ready to play the whole time.  Both boys were well behaved though.

When we got home Jake wanted to play GoldenEye.  He’s probably the only person I know that has had the desire to play GoldenEye in a decade or so!  Haha.  I turned on the “all guns” and “invincibility” and he went to town.  It was fun watching him.

Andrea’s sister Catrina came up last night and we played some Texas Hold’em and then a little Friends trivia until I just couldn’t stay awake any more.

Luke had me up earlier than I wanted to be this morning.  It was okay though, I really appreciate the mornings more as I get older.  I fixed Luke up some oatmeal and let the dog out.  Overnight quite the frost had moved in and it almost looked like snow.  The final nail in summer’s coffin. 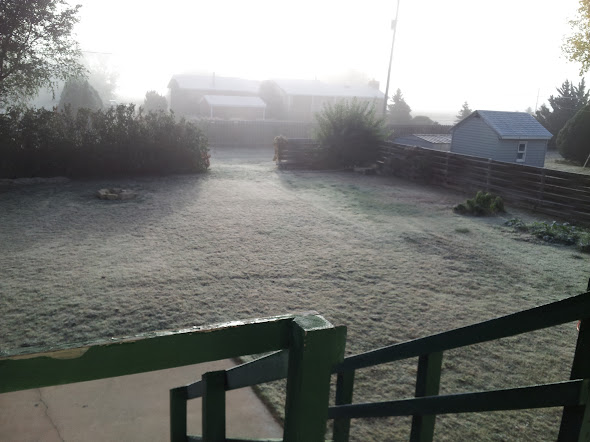 A little later, as everyone else started to wake up for the day, I cooked up an awesome breakfast of french toast, potatoes from the garden, and bacon with some piping hot coffee.  It’s hard for a day to go bad when it starts off like that!

It was a lot of fun having a full house, and with the colder weather outside, it felt kinda cozy.  It was quiet after everyone took off and I found time for a little nap after playing some GoldenEye for myself.  =)

We took down the barrier to the kitchen for a while tonight and let Luke run back and forth between the kitchen and the living room.  You gotta stay with him or else he’ll get into the dog food and water, or the trash, but he was having so much fun rolling his cars on the kitchen floor and just running around enjoying his new freedom.  It’s so amazing watching him.  How everything is brand new, and he just wants to play and learn.  There’s so much innocence there, that it’s hard not to see him a pure and good.  That’s when he’s in a good mood at least.  It’s easy to feel differently when he’s in “destruction mode”. Haha!

I also got all the pumpkins harvested after last night’s frost took out the vines.  Luke had a blast playing with them all. 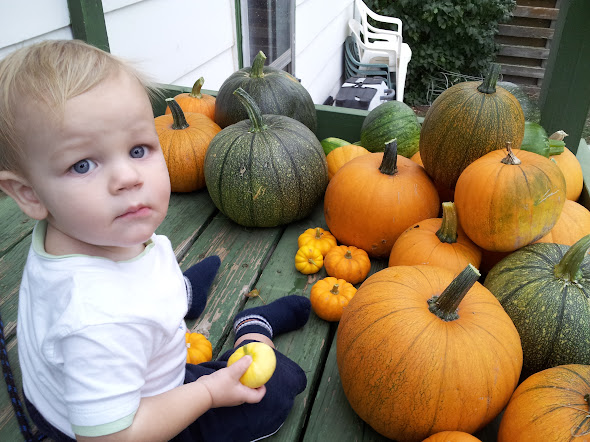 Super great weekend for sure.

Posted on October 7, 2012, in Family, Nature's Fury. Bookmark the permalink. Leave a comment.