I mentioned in my last post a project I’ve been working on in Minecraft.  Since my quarry is always working when I’m away, I’m able to gather enough resources to build this thing.  You might recognize it. 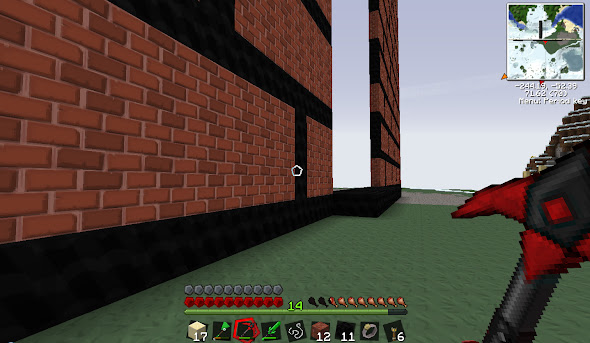 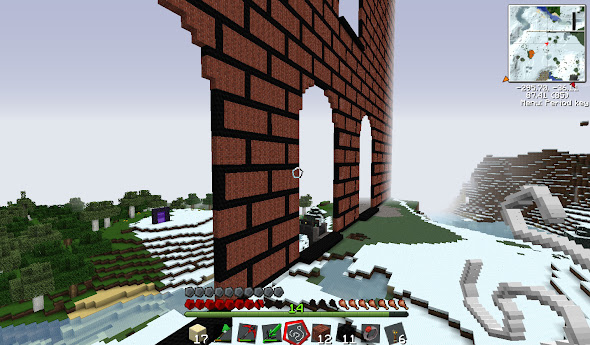 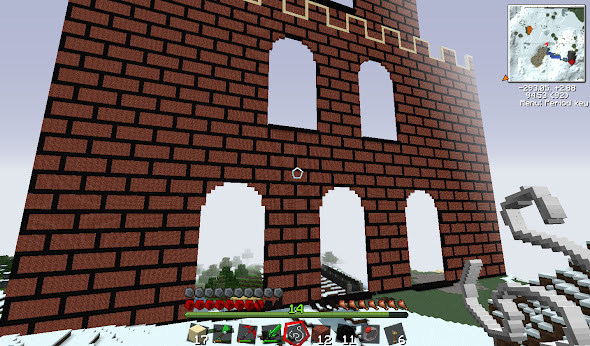 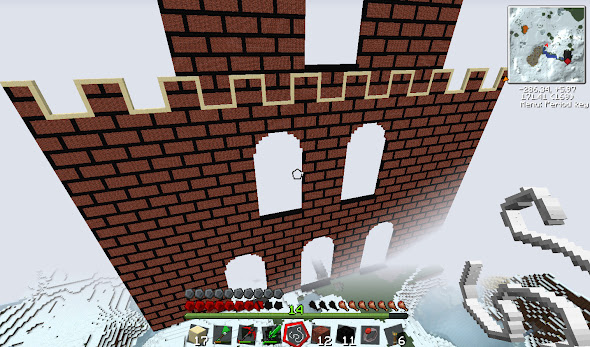 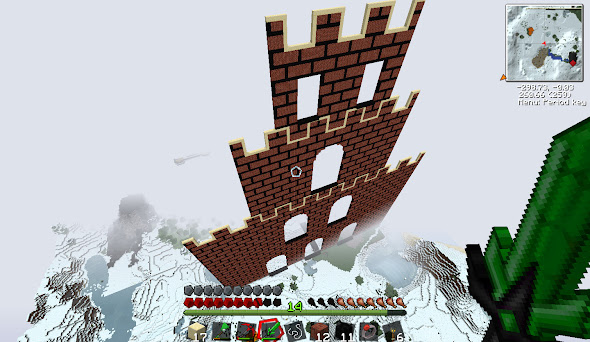 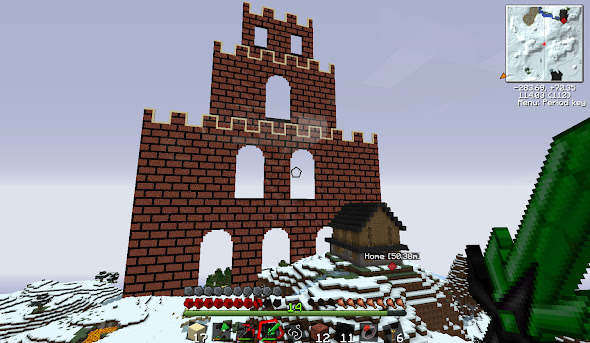 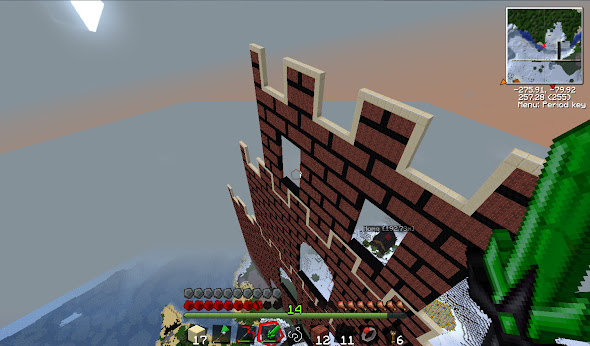 Each block represents 1 pixel of the BIG castle you find at the end of Worlds X-3 in the original Super Mario Bros.  I originally planned on scaling this down, but it wasn’t looking right, so I just built it to its highest fidelity.  Though I didn’t quite expect it to get this big.  I also originally planned to translate this into 3-D.  But I quickly realized how daunting it was going to be to create it in 2-D form.  This castle has around 16,000 blocks.  All placed by hand.  Math that I should have done BEFORE I started building….