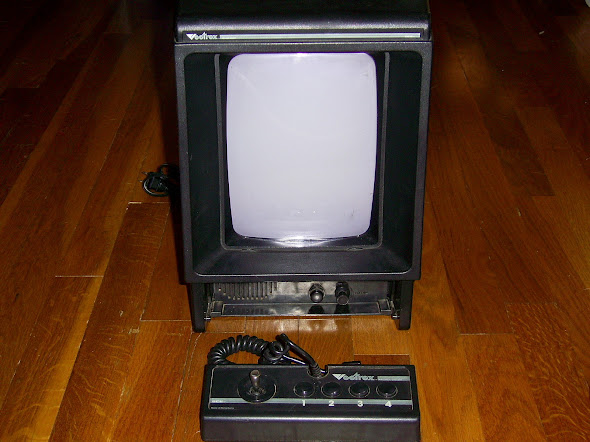 Man, I haven’t been this excited for anything I’ve bought on eBay since the Panasonic Q fiasco.  A long sad story that ultimately ended with me getting screwed out of $400.  Worst case scenario, I’ll get screwed out of a lot less on this deal.

Still holding my breath to see what actually shows up in the mail this week or next, but I still can’t help but be excited.  I’ve said before that the Vectrex is my “holy grail” on my retro gaming wishlist.  Mostly because they have been going for more than we spent on the Wii U recently.  But for whatever reason, it seems like prices have gone down on them in the past few weeks.  I found one that doesn’t look quite perfect, but appears to be fully functional and in pretty good shape for something that’s 30 years old now.

For those not up to speed on what the heck a Vectrex is, here’s a fantastic review from one of my favorite Youtube Channels: Classic Game Room.

My infatuation with the Vectrex is a bit perplexing, even to me.  I never had one, nor known anyone that had one.  Honestly I’ve never even seen one with my own eyes.  So it’s not like it’s nostalgia that is drawing me in.  It’s just so totally different than anything else.  It’s like getting the keys to a time machine and being able to go back and experience these games in exactly the form they were 30 years ago.  You can hook up an NES today, but to get the purest retro experience, you need to hook that NES up to a 25 year old cathode tube TV too.  Well with the Vectrex, the video, the sound, the controller… it’s all still there preserved as one unit. 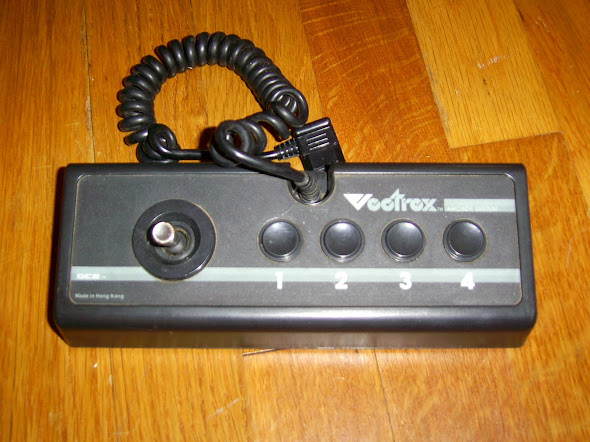 I’ve played some vector games before.  I most vividly remember a Lunar Lander arcade cabinet that they had when I was at “Space Camp” at the Cosmosphere as a kid.  But most of us are far more familiar with raster games.  Like Mario or Tetris.  Where the images are made of pixels.  On the Vectrex, there are no pixels.  Rather the images are drawn from vectors, or lines from point to point.  At the time this gave designers the ability to do some cool things, like scaling or rotating images, which required more processing power than was generally available from console hardware at the time.  One of the drawbacks was the lack of color, which actually lead to one of the Vectrex’s coolest features: the color overlays.

So yeah, I’m stoked.  Hoping not to get my dreams crushed when I open the box… that hopefully eventually arrives.