My progress in Guild Wars 2 is slow.  It is laborious.  And I wouldn’t have it any other way.  I am savoring every single moment with this game, and those moments are pretty scattered, so the time I do get to play is even more appreciated.  At this rate it is going to take me years to beat this game.  And you know what?  I’m fine with that.  I see all this new Level 80 content coming out, stuff that I can’t participate in for the most part as I’m still only Level 40, but most of it will still be there when I get there.

I spent parts of the day continuing to explore Lornar’s Pass, where I’ve been for probably the past week.  I did some personal story stuff which went amazingly smooth.  Considering I finally upgraded my armor and weapons.  Here I was roaming around Level 40-ish, but still using level 25 gear!  No wonder I kept getting my butt kicked!  Up until now, decent gear had just been dropping for me from mobs, or came as rewards from quests.  I hadn’t had to buy a single piece of equipment. But as I am flipping all this stuff on the trading post now, usually doing mid-level armor and weapons, I got to thinking… “Hey, I could use some mid-level armor and weapons!”  That’s when the light went on…

So I haven’t been steamrolling since then, but as I spend most of my time soloing through these maps, it has gone much smoother.  Here’s some more screens from today’s adventures. 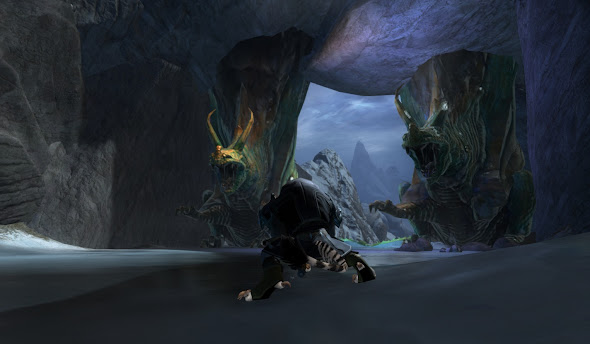 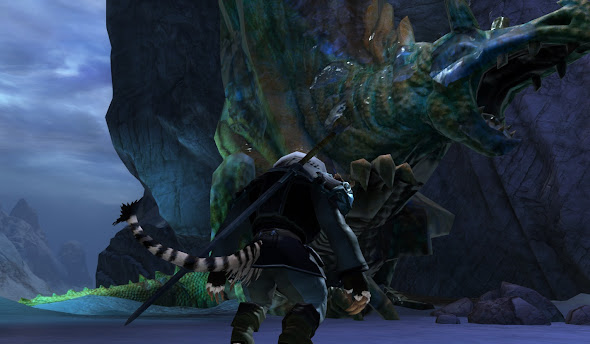 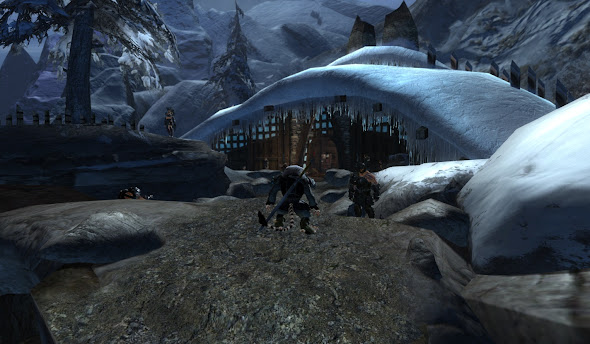 A Norn lodge in the middle of nowhere. That means one thing. ALE! 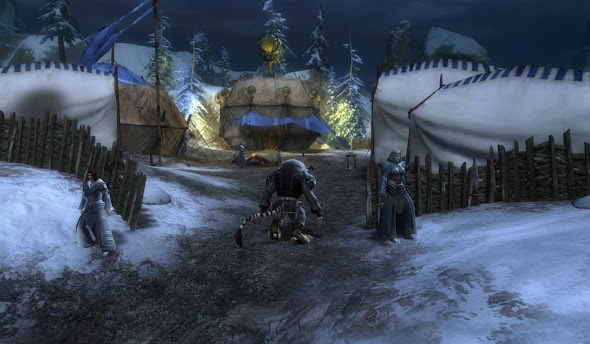 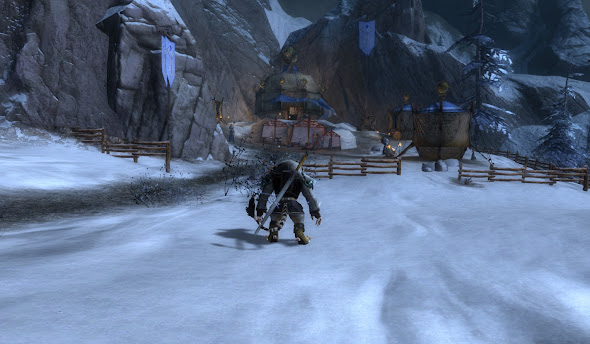 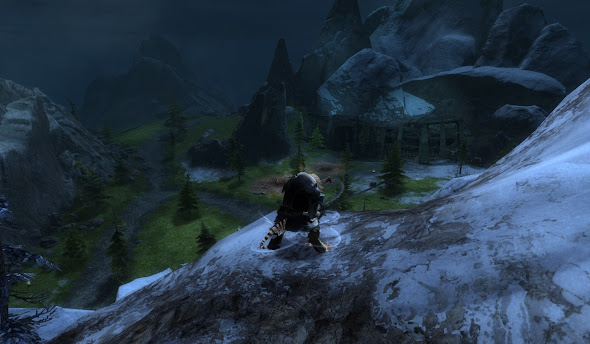 This is the first green I’ve seen in a while! Nearing the base of the mountains looking back towards Human territory. 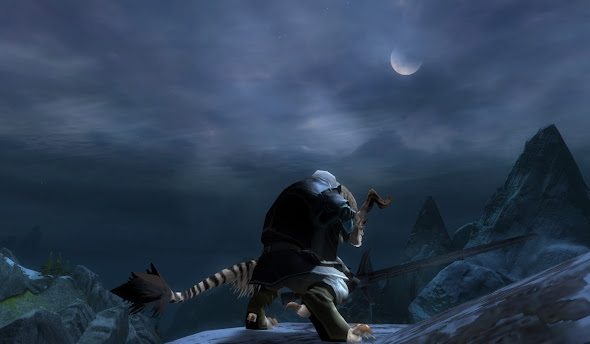