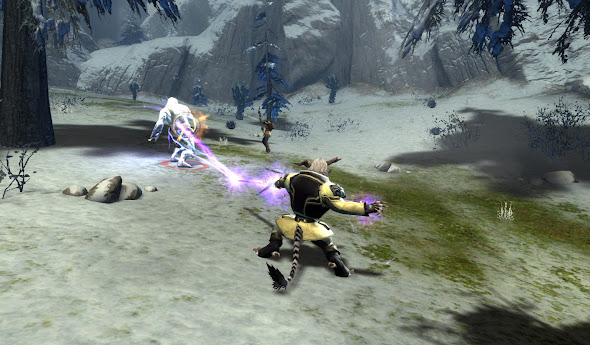 I’m not going to lie.  A majority of the time when I’m playing Guild Wars 2 these days I’m on the Trading Post.  But with some free time this weekend, I decided to actually PLAY the game.  So I took off to resume my adventuring where I left off.  Remember ages ago when I posted some screen shots from exploring Lornar’s Pass?  Well, guess who’s still there.  It’s a testament to what I believe is both an insane amount of content packed into the game, and the fact that my play is highly sporadic. 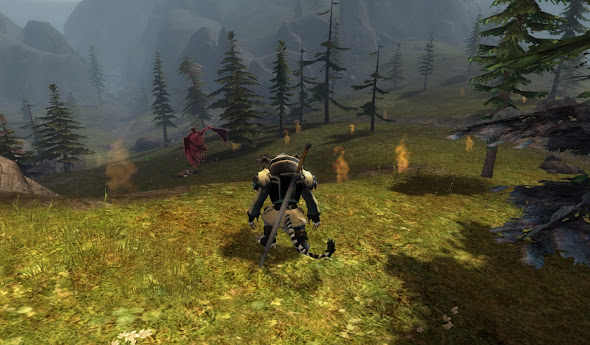 Here’s an example of an in-game event (above).  I don’t remember this guy’s name.  “El Satano” or something.  I get around pretty good solo in the game, so I figured, what the heck, I’ll try to take him out.  If I do, I get some bonus rewards for completing an event and the world in that area usually changes in some way that effects everyone.  But when my first couple hits didn’t make a dent, and then he wholluped me for half my health in one swipe… I RAN!  I’ll have to come back here when I have an actual group. 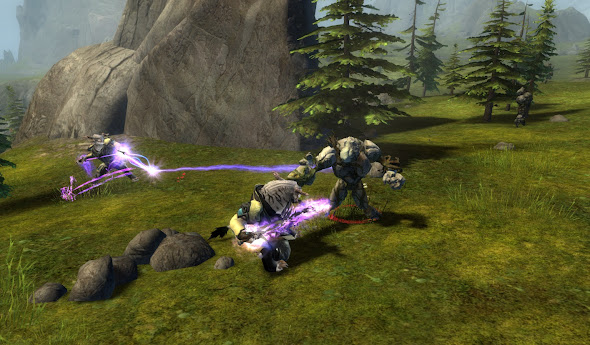 I play a Charr Mesmer, which means one of my special abilities is to create clones of myself.  Basically shadows of my player with minds of their own.  The damage they deal is low to moderate, and their health is low, so they don’t last long.  But while I’m out on my own, I’ve found them invaluable for creating distractions, especially when I find that I have bitten off more than I can chew.  If I time it right and using my elite skill, I can call up to 6 temporary allies to my side. 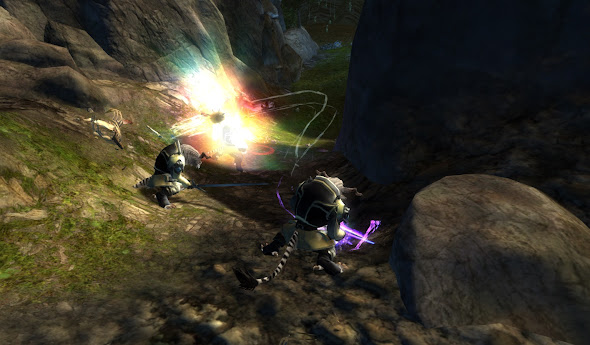 Choosing your weapons has a huge impact on how you play the game.  I play with a Greatsword in my first weapon set.  A huge two-handed sword that you don’t actually swing at anyone.  Instead it fires bolts of energy at long range along with some other skills to summon illusions.  My second weapon set is a sword in my primary hand, with a pistol in my off hand.

I really love this setup.  I’m able to initiate a confrontation from a distance and start dealing damage as the enemy moves to engage me.  When the foe gets into close range, I’ll use a shockwave to stun and blast him back, then fire away again and summon some illusions.  When the foe gets back up and again starts to close in on me, I’ll switch to my sword.  One sword skill allows me to perform several rapid attacks while invulnerable to attack.  Once this skill wears off I’ll stun the enemy with my pistol.  This gives me time to heal, or wait a second or two for my other skills to re-charge.  With this arrangement I really feel like I can control the mobs.  The backup from my clones helps provide additional attack power and soak up some of the hits as well. 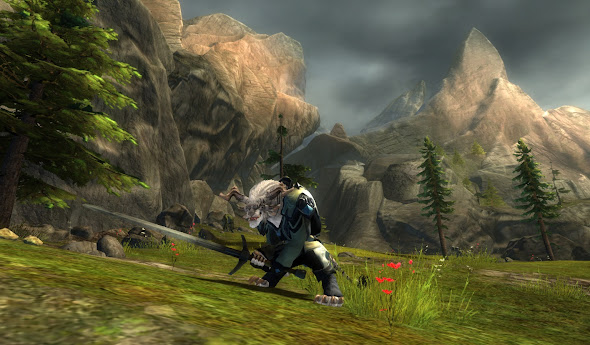 Look at that ridiculous sword!  It’s twice as long as my character is tall.  He is possibly compensating for something. 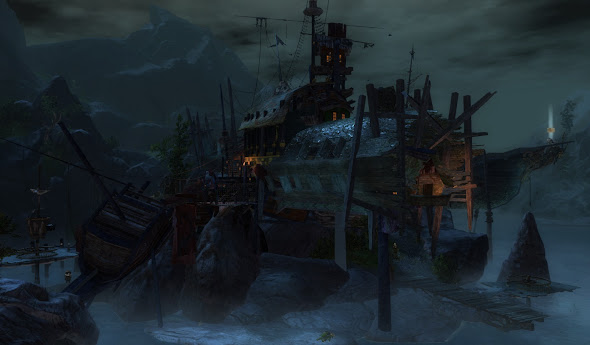 Here is a sweet pirate lair.  Amazing structures like this are all over the place in this game.  When I came upon this there was a Quaggan in charge.  A race that is known for anything but being cut-throat and devious.  Apparently at one point, he told one of the other players in the game that he had always wanted to be a pirate Captain.  So that player along with anyone else in the area at the time fought and took control of this outpost and made the Quaggan Captain.  As time passes the broken pirate crew becomes restless and plans to retake the outpost.  That’s what happened when I was there.  And I’m proud to say that I was absolutely no help and the outpost was lost to the pirates. 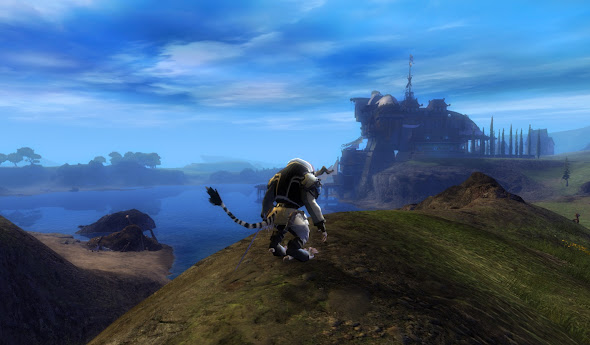 I don’t remember what this place was.  But it looked cool, so I took a picture! 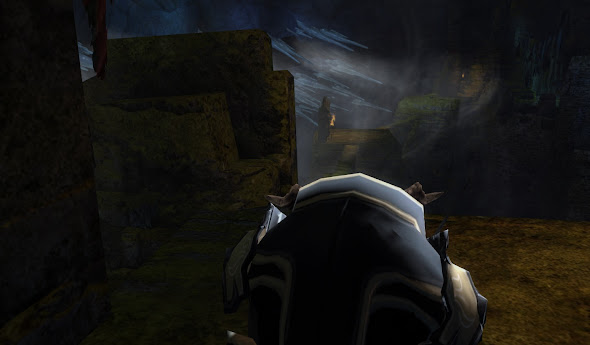 So I finally decided that it was time to advance in my personal story.  I went off to my next quest.  And this SUCKED.  My computer companion on this trip said, “Watch the flags and torches to know when the wind is blowing… you don’t want to get blown off this wall.” I probably got blown off that wall 20 times, easily.  That or I just plain fell off.  Guild Wars 2 is not a great platforming game, but they sure like to throw plenty of platforming at you with quests like this and jumping puzzles everywhere you look. 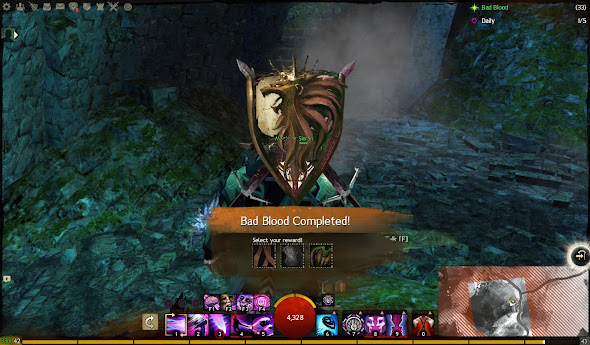 But at long last, I finally passed it.  With much relief.  Glad that’s behind me.  Oh, look!  I have some Trading Post cash to go claim!