Third day in… and I’ve already broken my commitment to post every day.  Dang it!  But you know what?  I’m not going to apologize or feel guilt for it.  Yesterday was a pretty good day.

Saturday started out pretty much like a regular work day for me.  I had to get up and be at the radio station by 8AM to finish up some stuff I didn’t get done Friday, then I had a remote from 10AM to Noon.  So at least it was a half day if anything.  And the remote itself was pretty cool.  I was hanging out at a car dealership with 3 classic dragsters, a new Shelby GT500 and a new Dodge Challenger or two.  So as far as working goes, it wasn’t too bad.

After that I headed home, and really didn’t accomplish a whole lot.  Took a nap.  Watch a storm roll in.  We were expecting some hail, but it turned out just to be a nice good soaking rain, free water for the yard!  Then it was pretty much time to eat, played with Luke.  Luke went to bed and then… I actually got to play some Guild Wars 2!  It’s been about as long since I’ve played that game as it has since I had posted on the blog. 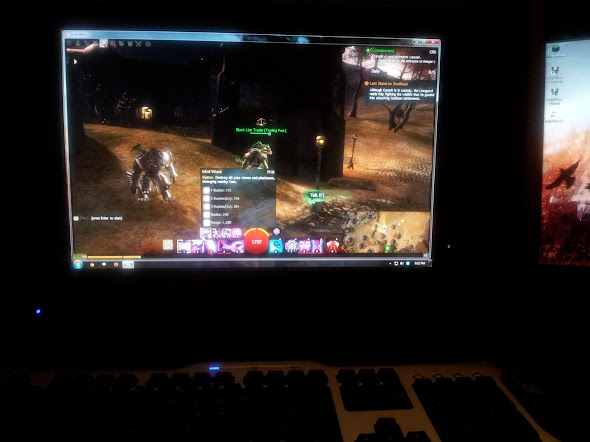 So even though I didn’t get a post made yesterday, I had a very enjoyable today.  I’m hoping for today to be equally as good, but a bit more productive.  As soon as Andrea gets up and around, I’m going to see if she can watch Luke and I’m going to get some work done on the cars (all four of them, ugh) that I’ve been putting off.