I don’t have much to write about today, been too busy with work, and generally, when I’m not at work I don’t like to re-live it all over, haha.

So I’m gonna try something new… er… old.  Here’s a blast from 6 years ago.  Life sure is a lot different now.

This is all that remains of my old 1990 Pontiac 6000, which  later came to be affectionately referred to as “Lil’ Brudder” (inspired by this Strongbad e-mail.)  Lil’ Brudder finally was laid to rest at the local salvage yard, sold for the grand sum of $50. 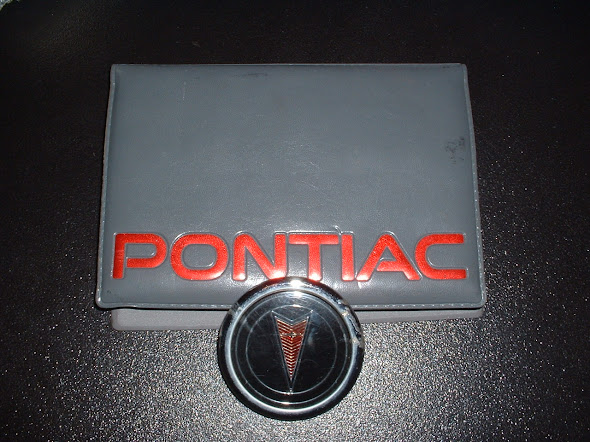 The poor car, really did have the heart of a champion.  After all it had been through, it still ran like a champ clear up until I took my last drive the other day down to the junk yard.  It didn’t all happen at once, the car has had a long history, or wrap sheet, which ever you prefer.

I have to admit, before I got the 6000 I considered them among the ugliest cars ever made, while that opinion has waned a bit over the years, I still think the A-Body offerings from Oldsmobile and Buick are far more appealing.  Below are (from left to right) the 1990 Buick Century, Oldsmobile Cutlass Ciera, and Pontiac 6000.

Since I already didn’t care much for the styling of the car, I decided that I’d go ahead and have some fun with it.  And three rolls of 1″ white electrical tape later, the car had racing stripes, effectively adding 300 horsepower.  I always hated the front grille and headlight design more than anything.  And sticking with the electrical tape trend, I blacked out the fog lights on the inside to make the grill seem less puny and to take some of the focus off the gawdy headlights.  This is probably the best Lil’ Brudder ever looked.

It didn’t last long though.  As most everyone knows, the car has a long history of simply being in the wrong place at the wrong time.  Most of the accidents weren’t my fault though.  Let’s see if I can remember all of them…

#1 – Within the first month of moving to Manhattan a hail storm blew through and pelted the car.  Good thing I had insisted on that full coverage insurance at the time.  (Not my fault)

#2 – Rearended by some guy with a suspended lisence while at a stop sign in Manhattan.  Busted out the rear tail light covers and pushed the trunk in.  (Not my fault)

#3 – Pushed into a gaurdrail by a big moving truck that didn’t stay in the inside lane when turning left through an intersection.  I was in the right lane, he started moving in, and there was no where to go.  (Not my fault)

#4 – Hit in the left front fender while at my sister Jamie’s apartment.  Never found the cluprit.  (Not my fault)

#5 – Car spun while hitting a patch of ice going to work.  Spun the car 180 degrees and slid into the curb blowing out the left rear tire and bending the rim. (Okay, that was my fault.)

So after all this is added up…you get…

Ouch!  I almost forgot how that car looked the morning after the wreck.  Still running like a champ though and I couldn’t exactly afford a new car, so I had to drive this thing.  But first I had to make it legal and get two working headlights.

Thanks to a $5 Wal-Mart bolt on flood light, I did.

And this is how she looked until just the other day when she drove off into the sunset.  It was certianly an ugly car to begin with, and even uglier in the end.  I really think the car would have drove forever.  But in the end, it needed a lot of work, a lot of attention, and a lot of money to make presentable on a car that I wasn’t too crazy about in the first place.  After all we’ve been through together though, I must admit it earned a special place in my heart.  For a little car that got no love, and went though it all, it never would give up.  Heart of a champion…*sniffle*.