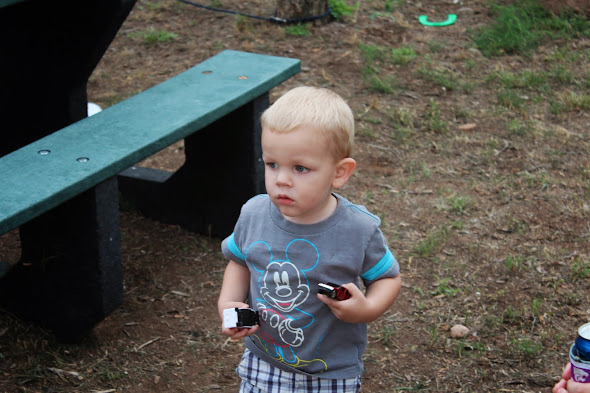 Luke celebrated his 2nd birthday yesterday!  His big shindig party isn’t until next week.  But we wanted to at least commemorate the day.

We didn’t have a cake, but we did make some brownies, which he probably ate too much of (along with chocolate milk) since he spit up a bit of it later while he was playing, haha.  I could have swore we had some extra birthday candles laying around.  I couldn’t find any, so we used some tea candles.  We lit two of them and set them on the plate with his brownie.  He wanted NOTHING to do with them!  He squirmed and cried.  “Fire Away!” he kept saying.  I think he’s still scarred from his 4th of July experience!

Then get got to open the present we got him.  Just a little racetrack with some wind up cars.  It’s actually pretty cool for as cheap as it was.  He has had a blast with it so far.  I’m sure by next week it will be “just another toy” but it is fun watching him just get completely fascinated by something.  Then we let him stay up until about 10pm, which is way past his bedtime. 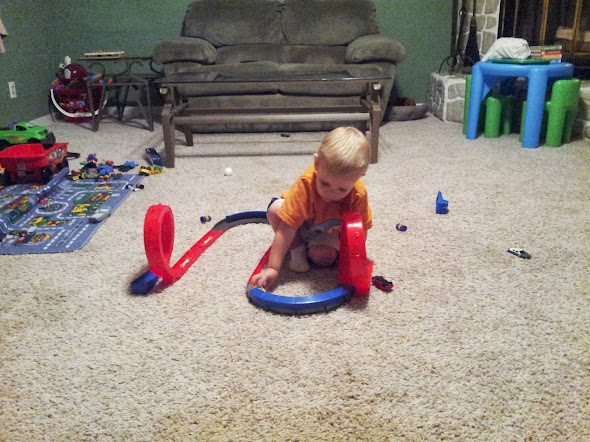 We definitely spoiled the little guy.  But hey, it’s your birthday!

Everybody says it, but I can’t believe it’s been 2 years already.  Seems like just a few weeks ago we were heading to the hospital with Andrea.  It has been completely amazing though.  Luke has to be the easiest kid to have around.  He’s almost always in a good mood, loves to play, can entertain himself… sometimes. And is just a love filled little boy.

It’s so much fun watching him grow up.  He’s really becoming his own person.  He has his own preferences, his own favorites, his own habits even.  If it wouldn’t go quite as fast, that would be great though! 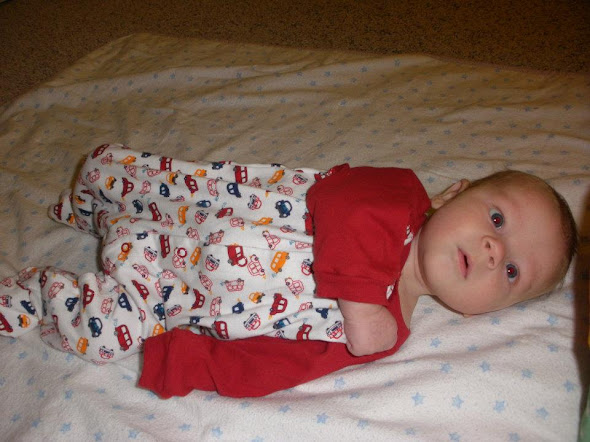