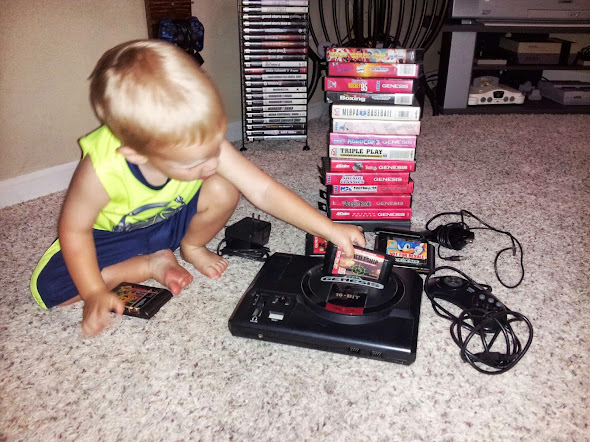 I was never a Sega kid.  If you look back through the archives of this blog, or explore the “Video Games” category, you’ll know that I am a fair tempered Nintendo fanboy.  And in the 16-bit days, the console wars were at Defcon 2.  It just so happened that I really ended up sitting out of the 16-bit era.  I never had a Super Nintendo growing up, but I had friends with both a Genesis and an SNES.  Maybe that’s what made adding the Genesis to the collection feel so right, or maybe it really is that enough time has passed, we can put those quarrels behind us. 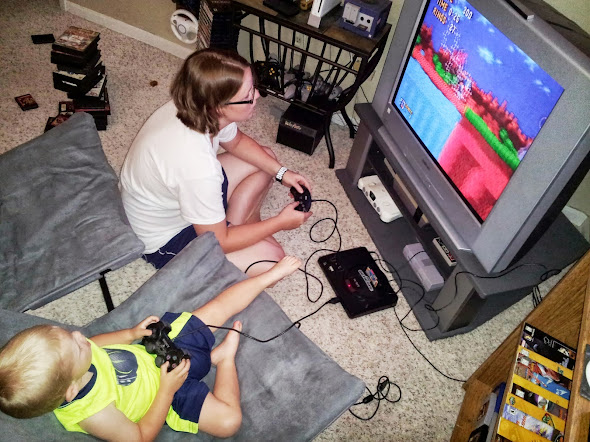 I got a small amount of birthday money in the past couple weeks, and combined with a small amount of money I saved up, I had enough to buy this Sega lot on eBay.  A Genesis, 1 controller and 22 games.  I pretty much inherited somebody’s complete Genesis collection! 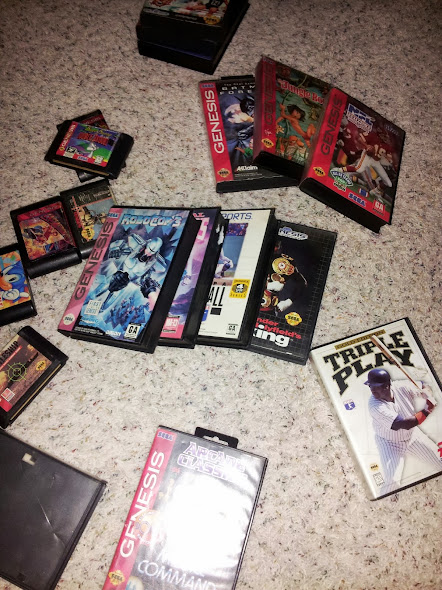 What do I play next?  Now, granted a lot o those games are mid 90’s sports games.  But it was really fun watching Andrea play some football that has almost more in common with the old vibrating metal football games of the past than it does today’s sophisticated Madden games.  Still just as fun though.  And neat to think that at the time, that was the pinnacle of gaming achievement for the genre.  Plus it’s kinda cool to play as Joe Montana for the Chiefs.  I mean, c’mon.  If you don’t like that you can play as one of the OTHER 27 teams! (Hint, there’s 32 NFL teams now). 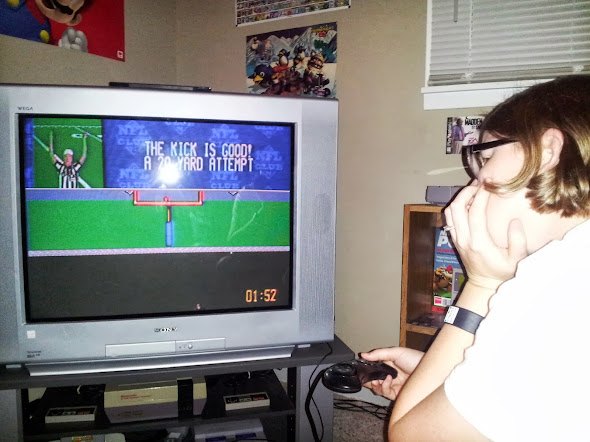 Of course there’s Sonic in there, and some other arcade/adventure style games.  Really a pretty nice collection.  I know positively nothing about Sega, but it will be fun to experience these games for the first time!