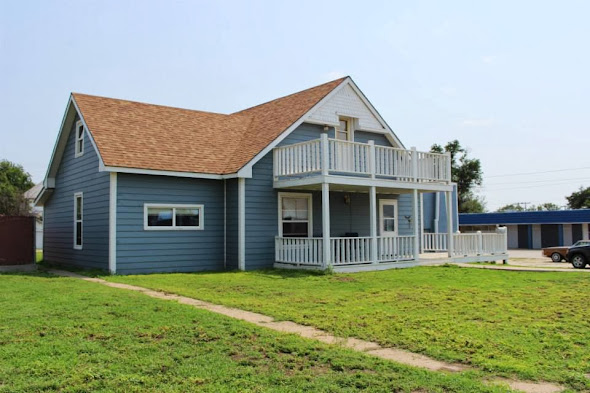 I took a week off of work.  It’s been really nice.  Breaking the doldrums of the same old same old.  I can say fore sure though, I didn’t get as much relaxing and gaming time as I had hoped.

The family and I all went out to Cimarron to help my Mom move to a new house.  It went about as smooth as a move can possibly go I think.  We started the heavy lifting at 8AM on Saturday, and we were done by noon that day!  We had a bunch of help, so that sure made thing go smoother. 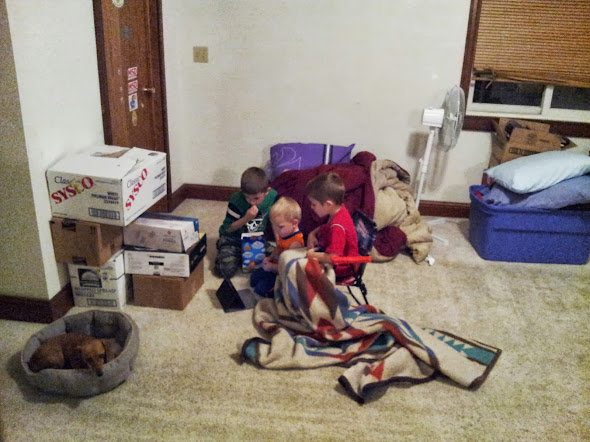 I really like their new place.  It has lots of room both inside and out.  Luke loved running around and there are all sorts of different areas of the house that you can use for different things.  Upstairs is going to be a cool football room.  I had the pleasure of hanging my first flat screen TV on the wall.  It was actually a lot simpler than I thought it would be.  We got their sound system working and they have a pretty awesome setup now.  It will take some tweaking and organizing, but I helped get everything hooked up.  It’s up to Mom and Duane now to make it the way they want it.

We came back on Monday and on the way home, we realized that the leak I thought I fixed in the Jeep… wasn’t fixed at all.  The carpet on the passenger side was soaked from the condensation dripping from the AC into the cabin.  Thank goodness for the internet I found a fix.  Unfortunately it called for cutting a hole in the side of the frame on the Jeep!  Something I don’t really have any tools for.  But $25 worth of Dremel accessories and $5 of plastic tube and clamps later, I think I have it fixed.  I ran out of time to thoroughly test it because Andrea had to go bowling and I needed to watch Luke.  He’s just not to the age yet where you can go, “Stay where I can see you, don’t drink any poison.”  So letting him roam around the garage while I work on cars still isn’t a good idea. 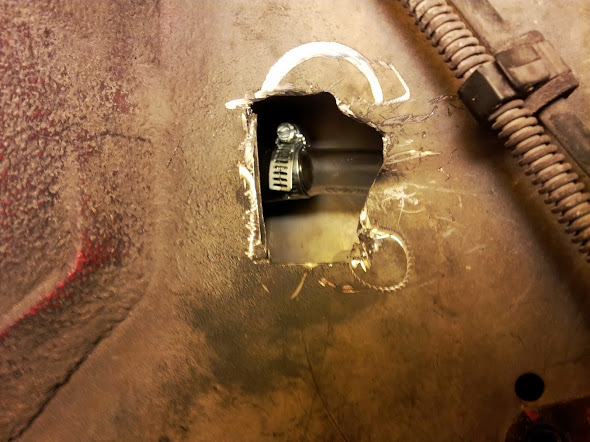 On top of that, Luke and I took a shower and I noticed that the tub wasn’t draining.  This has happened before and usually I just have to plunge it out.  However this attempt of that has proven fruitless.  I even poured some drain clog remover down there, and nothing.  So I called the Landlord.  Something I haven’t had to do very often since we moved here.  Most of the time because it’s easier to just fix stuff myself rather than wait and rely on someone else.  But for this project, I got to the point where I said… “Why am I still screwing with this?  I rent!” so I took advantage of one of the benefits of NOT being a homeowner and called this one in.  A plumber is supposed to be coming over sometime today and I won’t have to worry about the bill!

So I planned on helping Mom move, that was the reason for the timing of the vacation.  But I didn’t plan on having to tear apart the Jeep and mess around with plumbing.  Feels like a lot of the time I’ve spent on “vacation” I’ve been working and fixing things.  Andrea says that’s sure not her idea of a vacation.  But you know, times like this when I can kick back on the couch with the laptop, a cup of coffee and write a blog in the middle of the morning… this is what it’s all about.

If anything this time off has helped me get back to my natural state, which is “laid-back”.  Work gets me so uptight and hi-strung sometimes.  I didn’t used to get all stressed out about stuff.  Just not enough time any more I guess, blah, blah, cue what everyone always says.

I feel like I can go into work now with a bit of a re-freshed perspective.  That is going to help a lot.  I really am going to dedicate myself to dumping the stress from my life.  Get done what I can get done and don’t sweat the rest.  That’s my plan.  We’ll see how long it lasts.