A Day For the Toronado

It’s been over a year since the one and only time the Toronado broke down on the side of the road.  I’ve had it back together for a while, but I haven’t really given it any love until today. 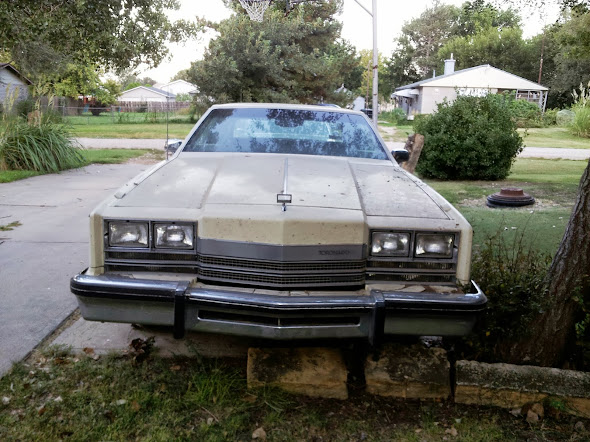 I tried to start it up and move it before Luke’s birthday party back in August, but the battery was dead.  I charged up the battery and the old thing fired right up once the fuel got pumped back up into the carburetor. 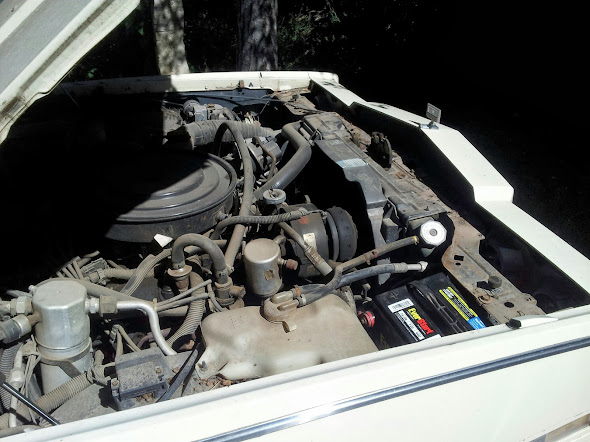 I pulled it into the garage for an oil change.  Our 3rd oil change in 24 hours in this garage.  Haha. 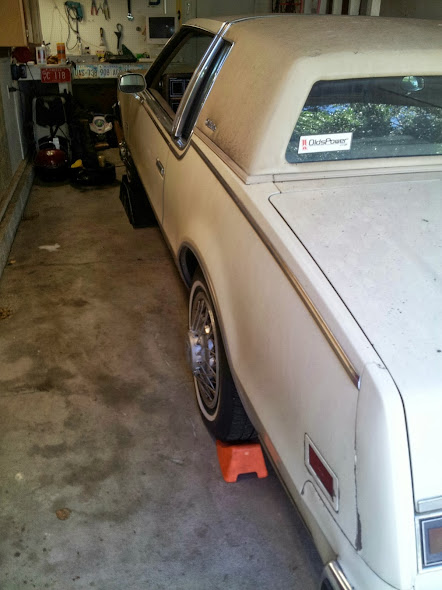 This is what dirty and neglected looks like.  Leaves, dirt, bird poo.  Time was starting to pass it by.  Sad to see it like this after all the work I put into painting it. 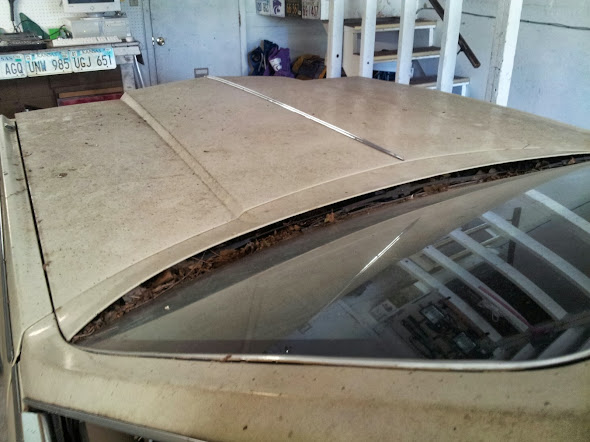 I washed out the engine bay.  Halfway because it was just nasty.  And the other half was because there were spiderwebs everywhere and I didn’t want any spiders hanging around! 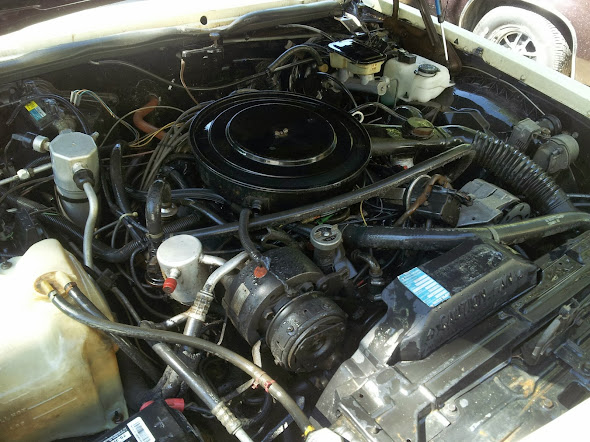 I went for a short cruise and came back home.  I don’t have current tags on it right now, so I didn’t want to drive it too far.  And I need new ball joints before I really feel safe on the highway.  So it was just an Albert tour for today.  But I did make the point to BACK it into the driveway so the neighbors can tell it DOES run!  Haha. 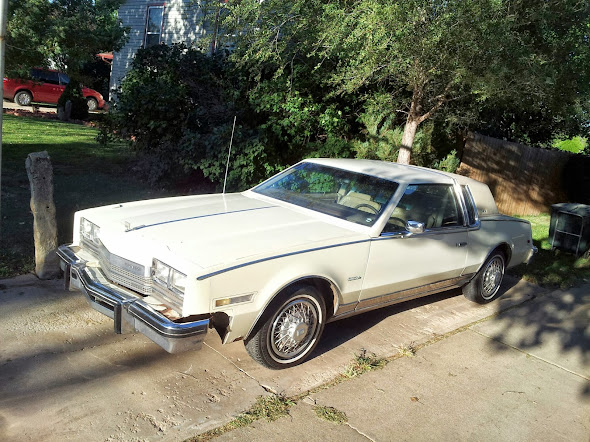 So there we go.  The ball joints should be around $100 all together.  Then I plan on driving this thing!  Part of me wants to fix the hail dents, re-do the vinyl, get new bumper fillers and paint it.  The other part of me want to just drive it as a “beater” during the winter and nasty days so we can keep the Cutlass clean.  I’m really torn which way to go.  I just like this car so darn much! 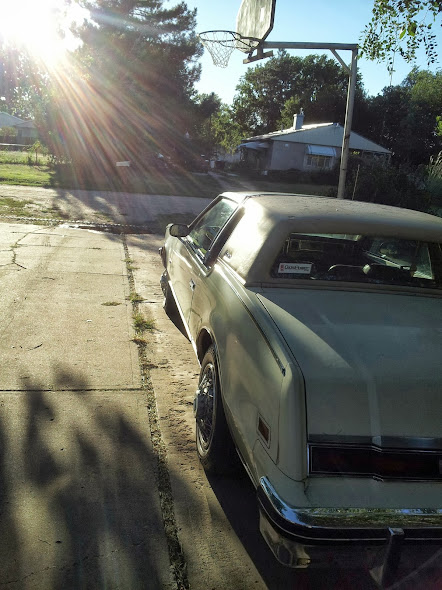