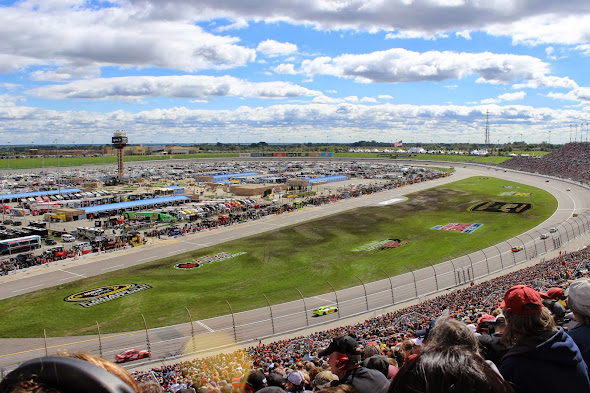 This weekend was a whirlwind to be sure.  It was Andrea’s birthday, she’s 29!  And we went up to the NASCAR race to celebrate her and Duane’s birthdays together.  It was a lot of fun. 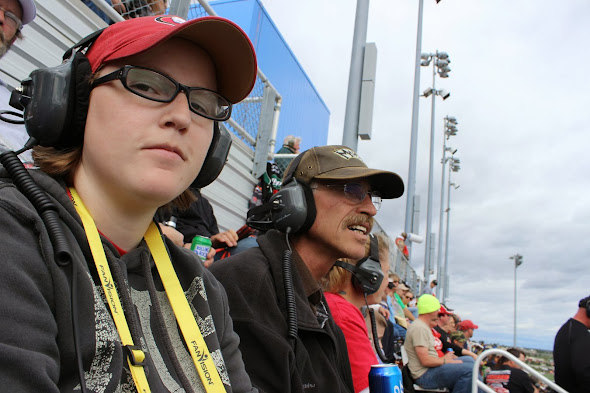 I’ve seen a lot of NASCAR in my days.  I’m not as huge a fan as I once was.  I was probably most into it back in the early 2000’s.  Bobby Labonte was driving the #18 car back then and was pretty darn good.  I remember one season (after his championship) where he finished in the Top 10 like 26 times.  He was a lot of fun to cheer for.  After that he switched teams a couple times and just never was as competitive.  And since then it seems like all they focus on is the drama.  As far as I’m concerned, you can save the drama for your llama.

Having never been to an actual race I wasn’t quite sure what to expect.  Honestly I anticipated it to be not as good as watching it on TV.  What I found was it was completely different than a TV experience.  You don’t get the benefit of replays.  I mean they have a big screen down by the pits that show stuff, but it’s not like TV.  But you really get a broader picture of the whole race.  I’ve been to lots of little dirt track races over the years.  And maybe it was all the caution flags, but this really felt more similar to that than I expected it to.  Each restart seemed like a new “heat”, but there was an added strategy of pitting and tires, etc.  It was just really cool to watch it all unfold on a broad scale. 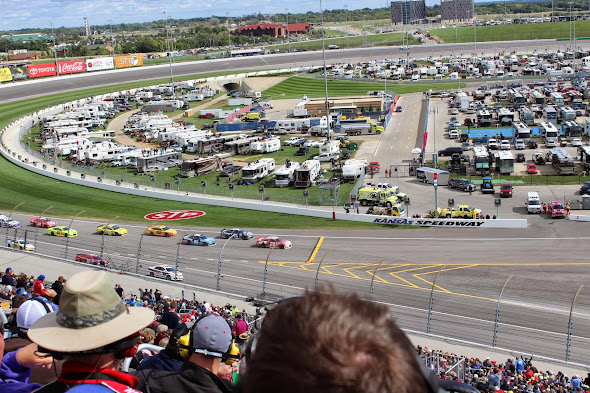 We paid attention to Mark Martin for a good part of the race, a person I’m sure they weren’t talking about much on TV.  But we had the little headsets where we could listen in to his radio.  We could listen to the race officials, the cleanup crews.  It was really cool.  Kinda felt like behind the scenes.

But there were times where I just took the headphones off and just soaked up the experience.  I loved the noise.  It has been on my bucket list to hear the “Drivers start your engines!”.  Check.  And just listening to the cars go flying by.  It was totally awesome to be there. 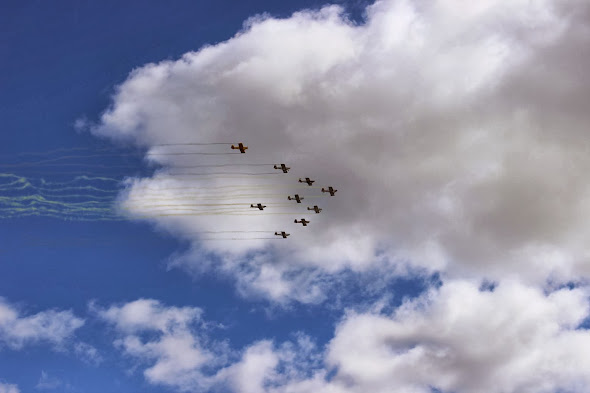 I don’t think I’ve ever been in one place with that many people before.  I’m not sure what the capacity is, but I bet it was over 150,000 people.  Looking at them from our seats high in the air, they all just looked like gnats.  It probably took us 45 minutes just to get in and parked.  But only took us 10 minutes or so to get out. 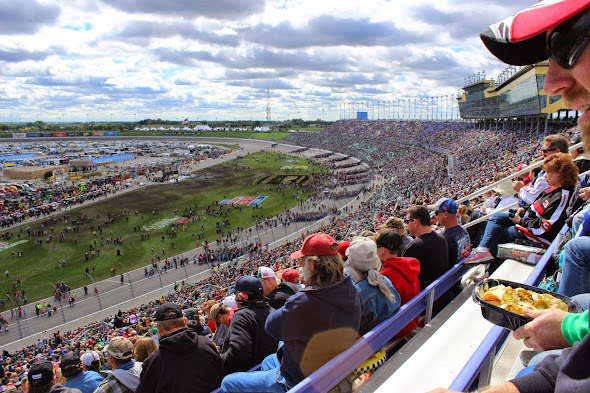 I’d definitely be up to do it again, which going into it, I figured I’d go to one just to say I’ve been.  But I can definitely see how people get hooked on it.  I’d love to take a camper out to the infield and just hang out, drink beer and party for 5 days on a race weekend.  That may be a little hard to accomplish anytime soon though!