Anybody who’s been around Luke for any amount of time, knows that he is just the happiest little guy around.  He just loves to have fun.  Loves to play.  Non stop.  He’s a chatterbox, and a goof-nugget!

I absolutely love hanging out with him, of course because of all the things I just mentioned, but also because it reminds me so much about growing up myself.  And how fun and carefree it all was.  I mean yeah, Luke will have the occasional breakdown when he really wants something, but has to put his toys away first.  But he rebounds quicker than you can flip a pancake.  I had some extra time to spend at home this weekend and just about every minute was spent with this little guy.

He wouldn’t be such a happy kid though, if Andrea weren’t such a great mommy.  I know it can be tough on her sometimes.  I can imagine going all day without any kind of adult interaction can be draining, and probably a bit lonesome.  But when you’re around Luke, you know how awesome she is at what she does!  I try to help after work and on the weekends like this, just to give her a little break.  I’m sure she could always use more though! 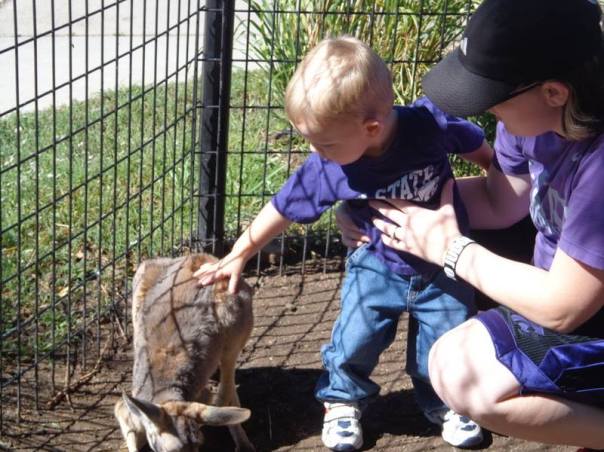 But basically what inspired this post was just all the things I’ve been able to share with him.  And that he totally latches onto.  We do a lot of things together that I did when I was a kid.  We play with Hot Wheels cars, we race around on the carpet, we watch cartoons.  We’ve been watching the Super Mario Bros cartoons from the 90’s, the Care Bears from the 80’s, and we see a lot of Mr. Rogers too. 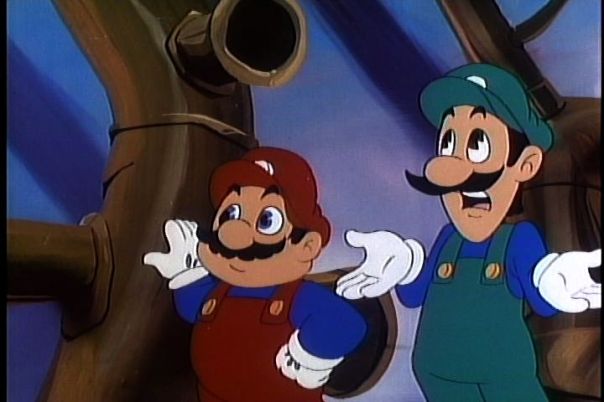 It’s fun watching him get excited about things like the Care Bears.  To us, they’re retro and dated, they’re brand new to him.  And to be honest, it’s fun for me to watch them with him and see certain things and think to myself, “I THINK I remember that…”  Mostly it’s not really specifics, but like the voices of a lot of the characters just feel super familiar, and this after not even thinking about the Care Bears for at least 20 years.  Funny how our minds work.

Part of me feels a little guilty that I’m subjecting him to something that’s 3 decades old, compared to what his peers are probably being exposed to.  He’ll go off to school and his friends will have whatever the hot new lunchbox is, and he’ll have no idea who the characters are on the cover.  It’s not going to derail him socially, but still it’s a consequence of a choice I made, that he didn’t even know existed.

The other part of me thinks… you know my parents would have done the same thing as me… if they had the option to.  We don’t have cable.  We watch all this old stuff on places like Hulu and Youtube.  It’s amazing how much is out there.  More than I ever saw as a kid of these shows.  When I was growing up, what was on TV is all that I could be exposed to.  I suppose if my parents had the ability to keep me in a bubble of the media that they knew, trusted, and felt comfortable with, they would have done it too.  They just had to keep an eye on what we watched and make sure it wasn’t too “out there”.

It does make you wonder though, if this is all he knew, what would Luke share with his children?  Will kids still be watching really bad Mario & Luigi skits between animated mushroom adventures from 1991 in the year 2033?  I’m sure as he gets older and starts interacting with other kids and being exposed to more, he’ll develop his own memories.  Stuff that I just won’t understand.  It will happen eventually.  But until it does, I’m going to soak up our awesome Saturday mornings eating pancakes, watching cartoons, and pretending I’m growing up all over again too.