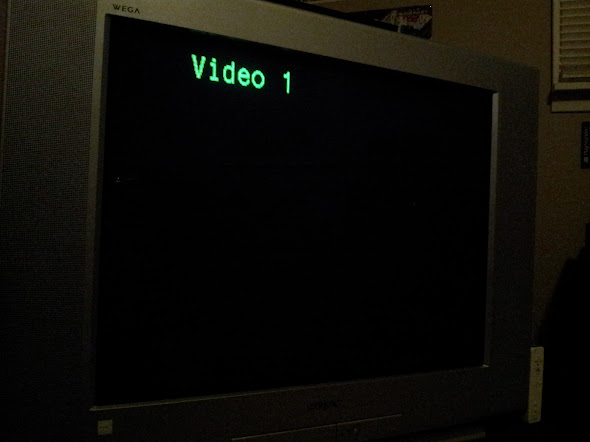 Here I am, sitting in a room literally surrounded by all of my favorite games, and yet, I can’t decide what I want to play.

I’m not sure if it’s that I’m overwhelmed by all the choices… I could play Super Mario Bros. 2 on NES, or I could play Final Fantasy X on PS2.  How about Mario Kart 64?  That’s always a solid choice.  Or I could play F-Zero GX on Gamecube for some fast and futuristic racing.

But I don’t feel overwhelmed.  I look at all these games and I see the memories I had from playing them.  And it’s that feeling that is stronger than my will to pick it up and either start again, or pick up from where I left off.  I’m sitting here in this retro room and surrounded by all these artifacts of my childhood.  It’s as moving to think about it all as it is to play it all.

For instance, I was looking at the Gamecube, and I couldn’t help but recall the time I was most royally ripped off in my life.  I had deeply desired a Panasonic Q, which was a flashy Gamecube/DVD player from Japan.  I completely over extended myself in my quest to get one.  It was right at the time that Super Mario Sunshine was coming out.  The first 3D Mario game since Super Mario 64.  I was consumed by previews, and a daily stream of information on the game for weeks before its release.  The game first came out in Japan.  I even went as far as to import a Japanese copy of the game.  Only, my Gamecube wouldn’t play Japanese games.

What better Japanese gamecube to get than the Panasonic Q!?  Unfortunately they sold for about $450.  Ouch.   But lo and behold.  I found one on eBay for $250!  What a deal!  I purchased it straight away.  I was giddy with excitement.  Soon I’d have the flashiest Gamecube anyone had seen, I’d have the new Mario game before anyone else, and I would be in Nintendo nirvana!  I even went as far as to look up the eBay seller on AOL messenger and tell them how thankful I was they were selling it and how happy they’d made me.

I didn’t have the cash for it.  I put it on my credit card.  It would be okay, I told myself… I was going to sell the Gamecube I had for $150 and then all I’d really have to pay for was $100, which wouldn’t be a problem by the time my next paycheck came in.  And I did sell my Gamecube too.  After all, the Q would be here in just a matter of days.

Those days came, and went.  Each one more excruciatingly long than the last.  After two weeks had gone by, it was clear… my Panasonic Q wasn’t coming.  I tried doing my own detective work, I called the police department from the city the seller supposedly lived in, but the address they used was the address of a gay exercise club… I had gone from great joy, to complete desperation.  I had been ripped off for $250 bucks, and on top of that, I didn’t even have a Gamecube anymore since I’d sold mine to pay for the Q.

How I came to own the actual Gamecube I own today and sits in this room, is just as ridiculous of a story.  Of course I didn’t have the money to go buy another Gamecube, but sometime after the eBay fiasco, I was involved in a traffic accident.  I was coming up on a stop sign, not quite paying attention, and noticed the car stopped in front of me.  I slammed on the brakes!  I stopped just short of the car in front of me, but there was an S10 truck behind me that didn’t stop in time to avoid my sudden maneuver.  We got out and he asked why I stopped so quick, and I asked him why he was following so close!  Long story, short… he left after I got his license plate and insurance number and I waited for the police to come so they could make a report.  Turns out the guy had a suspended license.

After the accident, I then received a check from the other person’s insurance company.  Instead of fixing the car… I bought my replacement Gamecube.

I’m not particularly proud of that story.  It was a time in my life where I was just plain stupid.  I’d let my desires for what I had lusted over drive me past the breaking point.  I would skate so close to the edge that any little tiny bump in the road that wasn’t expected could completely throw me off course.  And they did.  Time and time again, to the point I felt I was so far from where I wanted to be, that I would never get to that place.  I started to stop even caring, and tried not to think about any of it.  The whole time, games were my escape.  They were as dangerous to me as any drug could have been.

Not every memory in this room is as somber as those (just the Gamecube ones really, haha).  Most of the memories in this room are quite cheerful, actually.  But I think there lies my problem when it comes to actually sitting down and playing these games.  I find myself here in the midst of it all, reminiscing about the good times and the bad.  To the point where playing the game might just serve to distract me from those thoughts.

Maybe I just need more time.  Enough time to sit and conjure those thoughts up, but then time still to sit and enjoy the games, because if I skip all the existential crap, these are all some amazing games that were made to be played.  I feel like too often I approach what I’m going to play in such a methodical way that playing anything else besides what fits into my system is like I’m cheating. I miss the days where I would just sift through the games until I just decided to play one… or even more than that, I miss spending the whole day anticipating being home so I could play the one game I’d been thinking about all day.  That’s the biggest part of me “as a gamer” that is missing today. 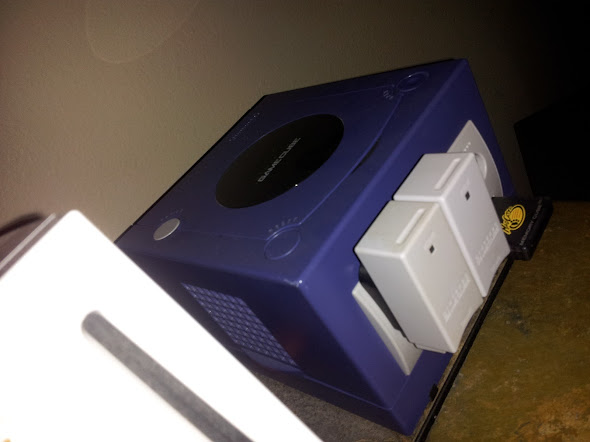