← Behind the Glass
Phones → 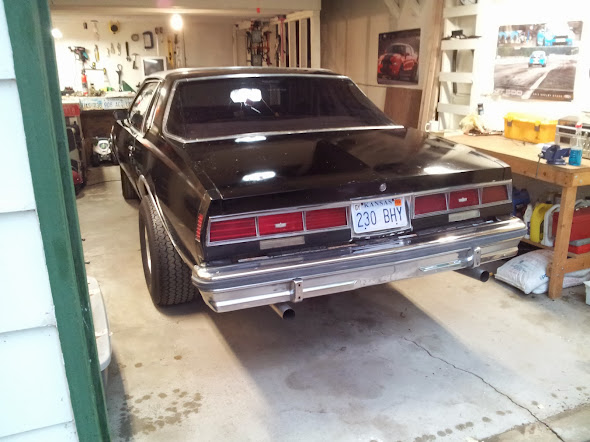 For those out of the loop, this ’79 Caprice is my first car.  Not a lot like my first car… this IS my first car that my Dad is letting me keep for a while… I say that because I still say it’s his that he can have back whenever he says the word.  Until then… Hells Yeah.

I have a lot of respect for those who can proudly proclaim they bought and paid for their first car.  I’m not one of those people.  My parents 100% bought and paid for my first car.  I remember seeing the car sitting with a For Sale sign on the west edge of Cimarron, KS.  At the time I thought it was a Monte Carlo.  It had the same curved back glass I’d seen on many Monte Carlos before, and it just looked too darn sporty to be a regular old Caprice.  Cruising through town in the back seat as Mom karted us around, I remember thinking that would be a cool first car.  But I never really thought it would happen.

A week or two later, Dad said we were going to go look at a car for me.  We pulled up next to that exact car.  I remember thinking “THIS might be MY car!  Hells Yeah!” Dad was busy talking to the owner, a guy we had actually met before as he ran a limo service that we had used a couple time for birthday parties or whatnot.  They were negotiating, but I was circling the car and daydreaming.  Eventually the deal was done.  For $1,000 I had my first car.

So I didn’t buy it.  I STILL have never paid for that car!  My responsibilities were everything that came after that.  Gas, insurance, parts, you name it.  It was my job to keep it running.  The first couple weeks, the car was literally on blocks in our driveway.  Dad took me too the parts store, he told the guy everything we needed and I paid for it.  Not knowing what the heck to do with brake cylinders, spring kits or calipers, I spent a lot of time holding flash lights and just trying to figure out what the heck Dad was doing, why he was doing it, and wondering, how the hell he knew how to do all this stuff!

Once the brakes were fixed, we could finally actually drive it.  I remember taking the car out south of Ingalls and going around some of the curves on the county roads.  The shocks were so bad it felt like you were on water more than you were on solid ground.  So that was obviously the next task.  That was one of those nights I remember Dad staying up probably much later than he wanted to.  I remember he ran into some problem replacing, I think the rear shocks and it took a lot longer than he expected it to.  But he got it done. 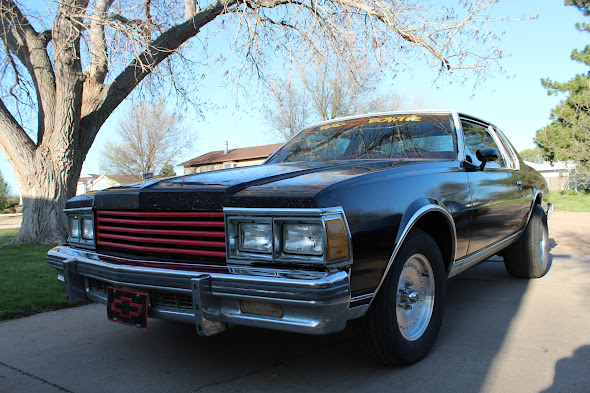 The exhaust was shot on it, but instead of taking it to a shop to get it all re-done, Dad and I took it to the shop at the feedyard and took some old fence pipe and welded up some pipes with some “cherry bomb” mufflers.  It definitely had a unique sound, and you could see the bright red mufflers sitting under the floorboards from a distance.

The radio either didn’t work at all, or barely worked.  It was the original cassette deck and I know the tape deck didn’t work at all.  For either Christmas or my Birthday I got a Pioneer CD player and some Pioneer 6×9 speakers to go with it.  One thing I did understand fairly well was how to hook up a stereo, I’d been playing with that stuff for years already in my room in the basement.  So we got that hooked up and from that point forward, it was the car I really remember.

I seem to remember some confusion early on about whether it was an Impala, or a Caprice.  Despite saying Caprice Classic on the dashboard, the insurance and a lot of the other documentation said Impala.  But it certainly was a Caprice.  I’m sure the confusion was mine alone. 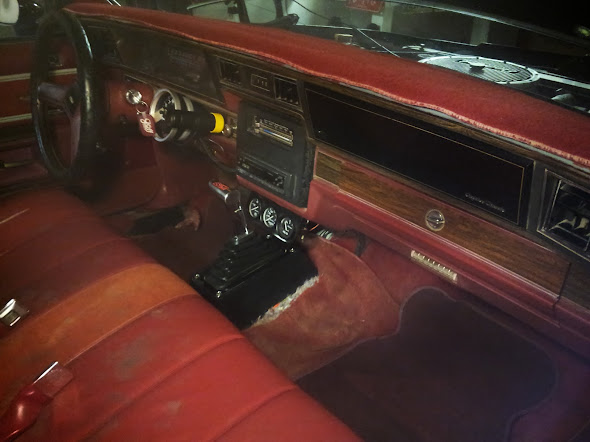 As I look at it now, there’s a lot of stuff that’s broken, missing, or not working… I don’t really ever even remember giving it a second thought back then.  It was a cool ride, that was loud, and got me where I wanted to go.  That’s all I ever really wanted.  And I suppose it shouldn’t bug me now.  There’s a lot of things I want to do, like replace the carpet and put bucket seats in there.  Stuff that I’m sure I talked about at some point when I was younger too.  And now that I have the means, I’m sure I’ll get around to it.  But for now… I’m going to keep enjoying it, and driving the heck out of it just like I did back then… only this time with some bite to back up the bark!

← Behind the Glass
Phones →