A Game I Missed 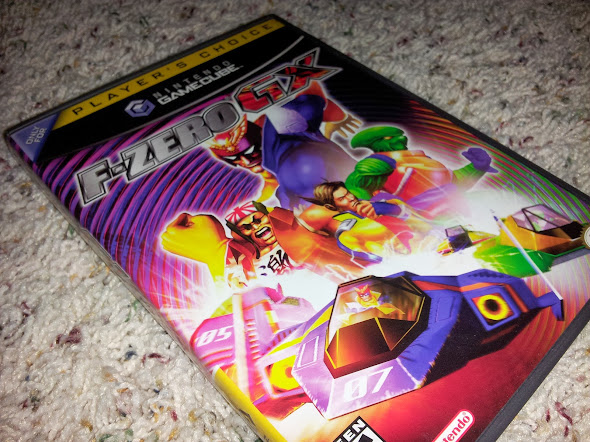 I know I’ve written here before about how weird life was back in the Gamecube days.  As far as gaming is concerned the result today is that I have a rather large collection of games for that system that have been barely played.

F-Zero GX was my choice tonight for retro night.  I’ve actually been thinking about this game for a while, ever since the 30 cent sale Nintendo had on the Wii U Virtual Console that featured the original F-Zero on SNES.  I could have swore I’d played GX more, but when I popped it into the Wii tonight in the Retro Room, what I ended up playing was MUCH better than I remember.

First off, this game made me re-affirm my love for the Gamecube controller.  What a well crafted, comfortable and precise instrument.  I still would have preferred a more traditional button layout, but everything else is just about the pinnacle of controller design.  It just melts into your hands.  And this game, F-Zero GX really highlights how precise and solid the analog stick is.

Maybe I approached this game too much like Mario Kart.  F-Zero is more about course memorization and well timed flicks of the stick than it is racking up power slides and cutting corners.  I remember being absolutely terrible at this game when it came out.  Apparently I haven’t given it another chance until over a decade later.  What I discovered tonight is the smooth and polished controls, AI that really fights back, and some really creative course design.  It didn’t take long though before the tracks started kicking my butt.  I need to spend more time with this game and learn the tracks, I’m convinced that’s the ONLY way to win the later stages.

All of a sudden I’m smitten with this game that has literally been collecting dust for ten trips around the sun.  I really hope to spend some more time with it this weekend and finally break it in.  If anybody wants to come over for some split-screen action in the Retro Room, just make the call.