Man, time really does fly.  I was talking to Mom last night and realized I haven’t been back out to Cimarron since June and here it is September.  It doesn’t seem like that much time has passed, and I couldn’t really tell you exactly what’s been taking up all that time between then and now.

Luke is growing and changing every day it seems like.  He’s really gotten into Hot Wheels cars.  We all have around the house I guess.  Andrea has been cataloging them all on the Hot Wheels website, I’ll even find myself in the store alone looking for cars he doesn’t have.  Getting harder and harder to do!

Luke playing with the neighbor boy at his birthday party.

We have a lot of that orange track, and Luke got one of those big tower launchers for his birthday, so we set it up and have a lot of fun drag racing them, or setting up a course to run them through and seeing which cars make it the farthest.  Luke gets so into it.  It’s serious business to him and he has a blast.  Andrea has a hard time because sometimes she comes up with rules (like the car that finishes first wins) and Luke isn’t so much about following anyone else’s rules but his own (which change on a whim).  But playing with cars is always a fun time for all of us no matter what.

I’ve been playing some games.  Mostly Mario Kart 8 and Guild Wars 2.  I haven’t written much about Mario Kart 8 here yet.  A lot of what I feel about the game is an echo of what I’ve already written about for Mario Kart 7.  The two games are VERY similar.  The biggest difference being the amount of detail in the graphics for Mario Kart 8.  It is an absolutely beautiful game.  Oh, and I finally got my Royal Raceway re-make.  =)

I played some Mario Kart 64 last night before I went to bed, it was a bit alarming how I had gotten used to the way the new game plays and took some getting used to to get back into the swing of things on Mario Kart 64.  I wasn’t breaking any records, but the old N64 stuff comes back to the top pretty quickly.

I’ve slacked off a bit in completing FFX-HD.  I’m quite close to the end, I need to just power through.  But I’ve gotten to a stage where I’ve been power leveling up my characters a bit so there hasn’t been a lot of action and I need to come back and push forward in the story.  Then on to play FFX-2-HD.  A game I haven’t played since I beat it the first time.  I’m probably more excited to replay that one than the first!

And I’m finally closing in on the completion of my personal story in Guild Wars 2.  It’s only taken 2 years…  After that there’s still a ton of content to play.  It’s a fun game and there is still so much to explore and see, when I have like 6 solid hours to kill on a Saturday, it’s a great way to soak that up, but that just doesn’t happen as much as I wish it would! 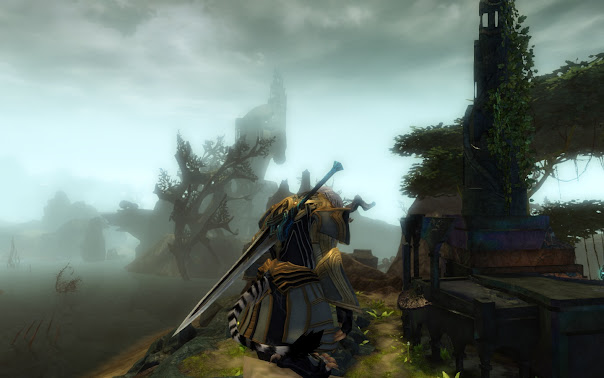 So that’s a very vague update.  I’m getting a new phone this week which will be nice because I’ll be able to take some more spontaneous photos and use twitter more often.  It’s just an exercise in frustration with my current phone.  And those pictures are always great for enhancing the blog posts here, so I’m looking forward to that a lot!

But for now, lunch break over and back to work!