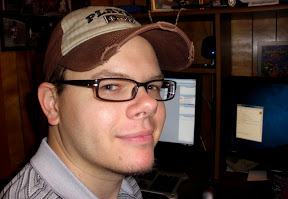 I always hate these “About Me” pages. They always feel so forced in that you are supposed to come up with all the witty and endearing qualities about your self and present the “perfect you” to the world. I’ve already messed that up, because the “perfect me” doesn’t use so many “quotes”.

“So why not just leave this page off all together”, you say?

Truth being, I kind of find them a good exercise in self-awareness. So on rare occasions I like to refresh this page with my best estimation of myself at the moment.

I’ve come to the realization that this blog exists largely for my own enjoyment. First and foremost I love the ability to go back and re-read entries from my life with greater detail than I could ever recall otherwise. I might have a few friends and family that check the blog here to keep up with my goings on, which in my mind is just a nice side benefit. Then there’s the strangers and random stalkers that might happen across this site… I’m fine with that too.

So under the assumptions of the above paragraph, the only group to which this page has any real meaning is the last one… strangers and random stalkers. WELCOME!

When I was young and in school my ambitions were to go off, and do big things and leave a tangible legacy behind when my time is done. I thought I was going to go be some aerospace engineer in a big city and help be responsible for some great technological advancements for the human race. Maybe not someone the history books would remember, but somebody who helped move our people along the road of human achievement. Fairly noble goals for a young kid I have to say.

Of course then I got to college and found that making noble achievements for the human race isn’t as exciting as it should be. Bottom line, I simply didn’t find engineering fun or rewarding. Probably the hardest thing a person will ever do is find out what it is they WANT to do. 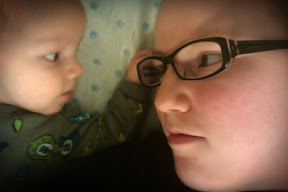 The college years were some of the toughest in my life. From being a financial idiot, to irresponsible and lazy to boot. But now looking back in retrospect, I got some of the best things in my life NOW out of it. I found a career I enjoy and has treated me well. And I met my wife, Andrea.

Andrea and I, and now our son Luke, are working through life with pretty much one philosophy. Do what is right and best at each decision. I figure if we try to make the right choice on all the little stuff it will all add up, and the big stuff seems to take care of itself. It’s worked fairly well so far. Seems like no matter what situation we’re put in, the Lord somehow provides for us. We don’t have extravagant stuff, but I would say we’re comfortable.

One of the great things about Andrea is that we share a lot in common. We are both geeks unashamed to admit it. We both have computers we built ourselves. We love all sorts of tech gadgets, even if we can’t afford the cutting edge stuff. We’re both K-State fans and any time we get the chance to go to a game, or revisit Manhattan it’s always a treat.

But Andrea doesn’t always take the geekiness to the same extreme that I do. I’m a big Nintendo fan. Game fan in general, but Nintendo is where the priorities lie. Still have my original NES hooked up, all the way up to the Wii. I spent a lot of years, especially in the mid to late 90’s playing games and now I have less time, and less disposable income so we have to pick and choose what makes it into the collection these days.

Recently I’ve been getting into retro gaming more and more. One reason is that in general it’s cheaper than buying all the new stuff. But also they just make great conversation pieces. I mean how many people’s houses can you go to and still play a competitive game of Dr. Mario at a moment’s notice?

I always figure if you like something, you might as well go out. Another thing Andrea and I have in common is our appreciation of old cars. I grew up driving a 1979 Chevy Caprice Coupe. It was a pretty sweet car for a high school kid. And after several years of driving something newer, I decided that I was gonna go back and acquire something a bit older, and something that I wouldn’t be afraid to work on myself. That’s how I ended up with my 1985 Toronado.

It came mostly from a desperate need of a car that was in just better shape than the car I was driving at the time, which didn’t have a working heater, radiator, exhaust leaks and more that I’ve pretty much blocked out. If you check some of the early posts on this blog, you can read about the unfortunate life of “Lil’ Brudder”. So without much money and a very low standard I paid $625 for my 1985 Toronado in 2006. I still drive it to this day.

Andrea’s “old” car came more recently. We bought a 1987 Cutlass off a buddy of mine I met on OldsPower.com. It’s been a good car so far, but time will tell if it will be as reliable at the Toronado. It’s certainly more of a fan favorite. She gets a lot more comments about her car than I do about mine. Which is fine with me, I’ve always had a soft spot for “ugly ducklings”.

Now a days life is really focused on the newest part of our life. Little Lucas who is certainly the coolest thing I have EVER been a part of. As of the time of this writing he’s only 4 months old. Remember how at the beginning of this story I talked about how I was going to make great achievements for the human race? Well now a days I’m more concerned with making a great life for our little guy. Seems more important than sending a guy to Mars or anything else I could have ever dreamed of. I remember growing up, and really remember those years fondly. I had the best parents in the world and I can only hope to make Luke’s childhood as awesome and great as mine was.

So hopefully this blog will continue to help document my endeavor. To be a good husband and father. Work hard, play games and have fun!