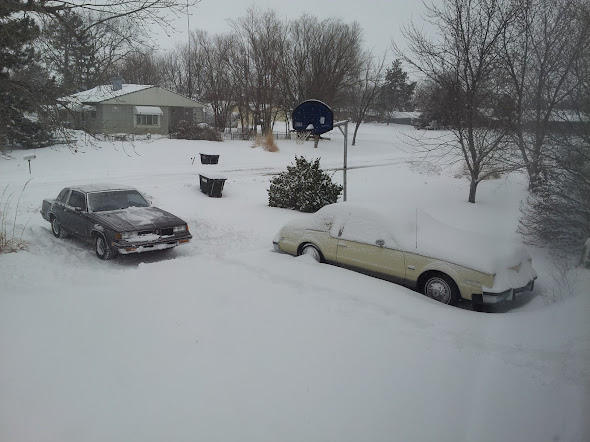 The storm has finally moved on!  I’ve been a bachelor for a few days so I cranked out a podcast.

Well, I bet you can guess what half of this podcast is about.  I promise it’s not all Vectrex though!

I hereby dub February 7th as Vectrex Day hence forth on B.G. Willers.com!  I wasn’t too sure if it would even show up today, because the the tracking information never updated once the package left Wichita.  So in an effort to not get my hopes up, I just figured it would come in tomorrow.  Then the mailman comes lugging a box up the stairs at the office around 10:00AM today and with “FRAGILE” written all over it, I knew it HAD to be the Vectrex. 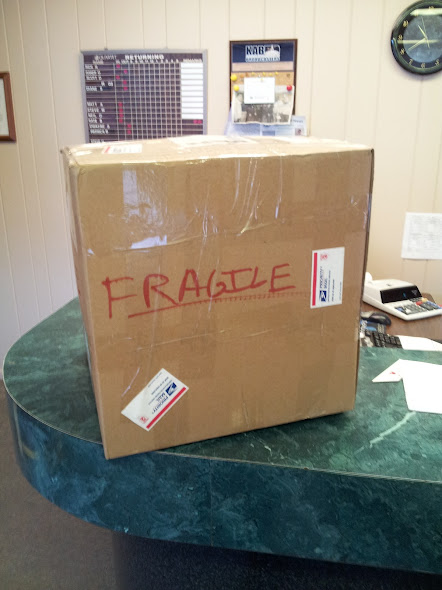 Of course each and every passer by had to make the “Frajeelee” joke from A Christmas Story, and plenty of “What’s in the box?” questions.  I had no problem sharing with my co-workers what hopefully sat inside that box, a hopefully functioning Vectrex.  But I wanted to wait until I got home to open it up.  I’ve been dying to make some videos, and this was the perfect opportunity.  So with great restraint I let the box sit on my desk behind the monitors.  It did help that I had a ton of work to do today which served as a useful distraction. 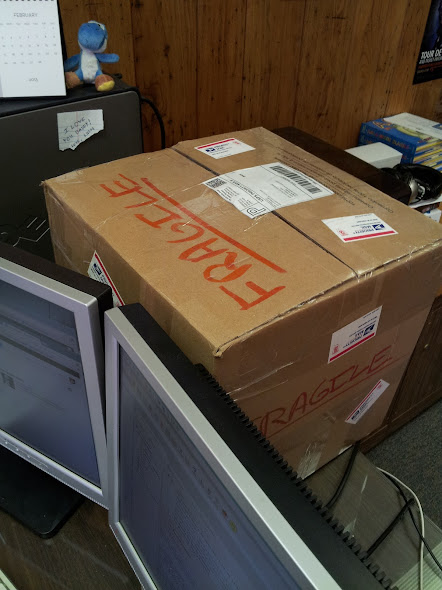 After work I really just wanted to go straight home and tear into the package, but I had to stop off and do some computer work.  The good news was that by the time I got there, their computer was magically working just fine.  Sometimes just threatening computers with my presence is enough to fix them I guess.  So at long last I was heading home.

Got the package in the house, cleared off the poker table and set it down.  I’d feel a little guilty though if I didn’t spend a little time with my family that I hadn’t seen all day first, so we all ate supper first.  Afterwards, the three of us headed down to the basement.  Luke was in a super good mood and all he wanted to do was play.  I didn’t really want to record a video with his squawks and squeals in the background, so I figured I’d just hold off a little bit longer until he went to bed.  So instead we watched Andrea hilariously play some Gran Tourismo 5.  I say hilariously because it took her some time to get used to the controls, so there was a lot of time where all four wheels weren’t on the ground. 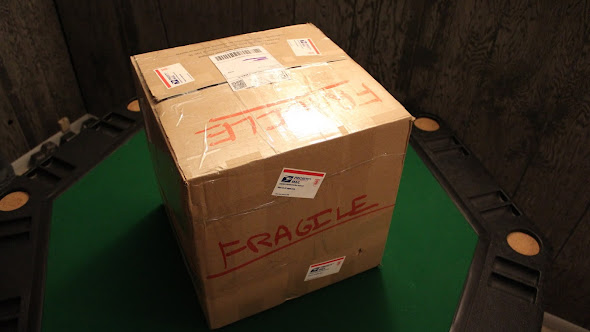 I bet you’re tired of looking at a cardboard box… so was I!

At long last, Luke was going to bed, and Andrea was on her PC, so I could fire up the camera.  I have the video uploading now, but thanks to my awful service provider, it’s going to take 15 hours to upload.  So you’ll just have to enjoy some still images for now. 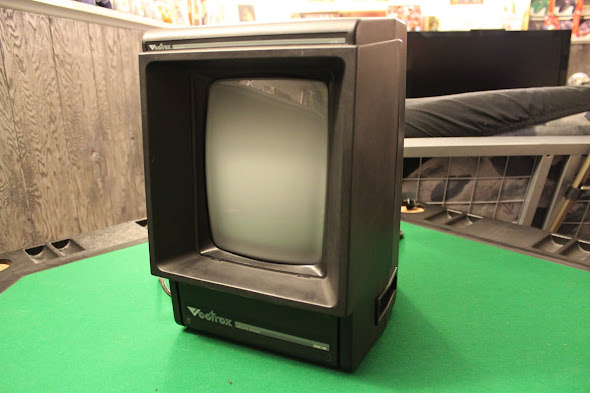 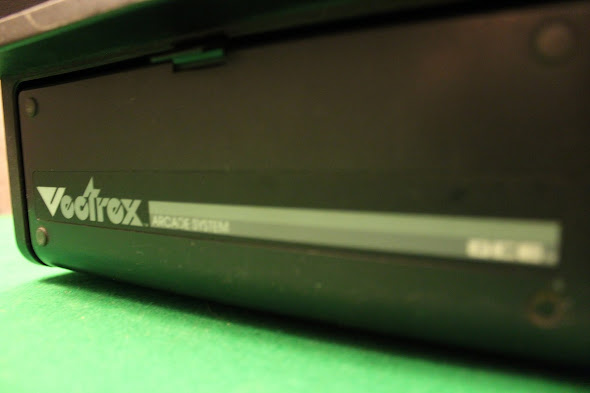 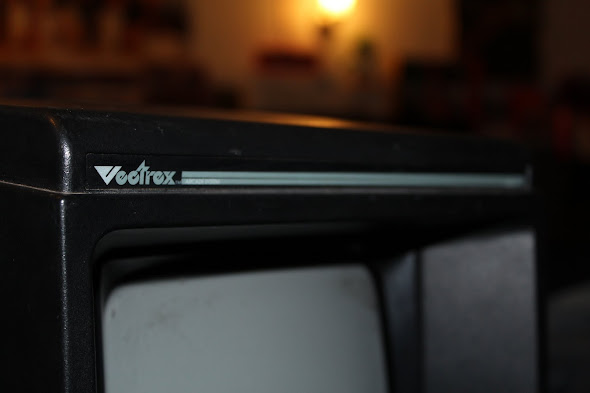 For the most part it still works very well.  If there are any flaws they are minor.  The images are slightly off center, but I believe there are some Horiz & Vert adjustments you can make inside the case.  There is a bit of a hum in the sound, but I think most Vectrexes had that when they were brand new.  And I found some guides that you can use to help reduce the hum.  In the video I shot, I thought there was a bit of a problem with some re-tracing going on in the middle of the screen, but turns out I just had the brightness turned up too high.

The case is a little scuffed but no cracks.  And the controller could use a good reconditioning as the joystick is a bit loose, and some of the buttons take a little extra effort to push.

All in all, I’m very happy with the purchase.  Now I just need to find a permanent place for it. 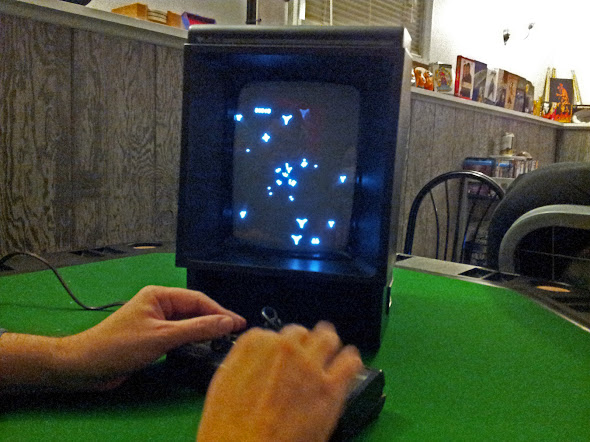