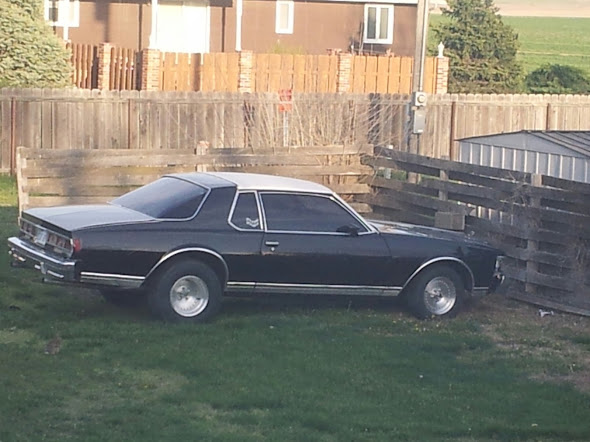 No one else can possibly see what I see when I look at that car.  That right there is my first car.  Not a car like my first car.  That IS my first car.  It’s a 1979 Caprice Classic.  To most people, you look at it, and you see a pretty cool car.  But to me it represents so many things.  And now it’s mine again, thanks to Dad.

I see history first of all.  My history.  A “flash before your eyes” kind of moment when I stop and really look at that car.  The places I went as a teenager, the stuff we did, the friends I hung out with, my job, school.  All of it comes rushing in too quickly to take it all in at once.  It’s like a focal point where so many chronological paths cross.

I see freedom.  I was never really guarded as a youth.  For the most part I stayed out of trouble… my parents trusted me because of it… and because of that, I got to do what I wanted.  So that car for the first time in my life could take me where I want, whenever I want.  But suddenly my borders were expanded.  I wasn’t bound by the city limits, or having to ride my bike home before the streetlights come on.

I see independence.  No longer did I have to rely on my parents to take me places.  I didn’t have to wait until Mom had to go to the store to see what new games were on the shelf.  I could get a job, I could make money.  And if I wanted to go to a movie, as long as I had gas and the money to do it, I could go.

I see people.  A lot of people that bluntly aren’t a part of my life anymore.  Nothing personal, we’ve just all lost touch over the years, which makes it all the more surreal to see this car again.  After a while you gain a sort of acceptance that relationships aren’t what they used to be and you accept it.  But this is just like an old friend that you haven’t seen for years, but you can instantly strike up a conversation with the moment you are reunited.

I see Bobby.  My classmate, next door neighbor and best friend.   We would spend hours at each other’s houses.  Camping, fishing, riding go-karts and generally planning the next incredible thing we were going to do together.

I see Bef.  He was a year younger than Bob and I, but he was just as good a friend.  The three of us were almost always together outside of school.  Bef was probably the craziest of us all but we almost always went right along with whatever crazy idea he had.  I may have drove the school bus that night, but it was Bef’s idea all along.

I see Chris.  You couldn’t ask for a better friend.  (When his mother would let him) Chris was right there with us terrorizing the community.  We both worked at the same grocery store and both drove old Chevys.  Chris is probably the most genuine person I have ever met.  He would come help you out in the drop of a hat, doesn’t matter if it’s 3AM.  That’s just the kind of person he is.

I see Biebs.  He’s probably the only non-family member from that era of my life I still stay in touch with.  Biebs was always there for paintball matches, GoldenEye Fests, and went camping with us whenever he could.  He’s a big reason I’m into computers now.  Our paths have always been sort of parallel but we just never get to spend as much time with each other as we’d like to.

I see Andrea.  Not the Andrea in my life now.  The other Andrea.  My first real girlfriend and the first girl I ever loved.  It was probably pretty apparent to everyone but me at that time that that relationship had an expiration date, but while we were together, that car took us everywhere.  Dates, movies, dances.  I remember her Dad stopping me one time and saying, “Matt, I know you’ve got a bit of a hot rod there in that car, but when my daughter is riding with you, you are going to take it easy.  Got it?”  And I did.  Of course back then, the car couldn’t get out of its own way if it tried!

I see my sister, Jamie.  That car took us to school every day.  She ALWAYS wanted to listen to loud music in the mornings, and that early I always preferred a tranquil drive to the place I least wanted to be in the world.  We never really fought about anything, but I always remember wishing we didn’t have to have the music so loud.  When Mom and Dad were getting divorced, the car was about the only place we had to talk to each other about the things we were feeling at the time.

I see Mom.  She always encouraged my freedom.  Heck, she always thought I should get my ear pierced, and maybe a tattoo.  (Still not too interested in all that!)  But I remember she booked a hotel room in her name so Bob, Bef and I could all drive up to Hutchinson (2 hours away from home) to spend an unsupervised weekend.  It was awesome.  And the black car took us there and back.

And I see Dad.  That car simply wouldn’t exist without him.  He negotiated the original purchase.  When we got it home, he let me drive it around town by myself, despite only being 15 and having no license.  The front brakes were locked up, the radio didn’t work, the exhaust was falling apart, the shocks were blown.  It was a total mess.  But he spent so many late nights working on that car… for me.  Late nights when he had to be up and working the next day before the sun came up.  I feel like I probably didn’t appreciate it enough back then.  Then after the transmission went out my senior year, he held onto it for a long time.  Then eventually made it into what it is today.  A bad ass screaming machine that is bound to get me into trouble eventually

I see places.  Memories of the old IGA I used to work at.  Firing up the Beast in the school parking lot and setting off car alarms.  Camping out a Norb’s pond or the Ingalls Sand Pit and sleeping in the back seat where there was plenty of room to stretch out.  I remember parking out front of the white house on 2nd Street, and actually in the garage at the feedyard when I was living with Dad.  Every memory about where that car has been, brings back little details about those places that I had forgotten about.

That old car has so many stories.  I feel like I’ve already written way too much for one blog post.  It’s going to be a fun project.  I look forward to documenting all the progress here, sharing more stories, and hopefully sometime you can come over for a ride and we can talk about the way things used to be. 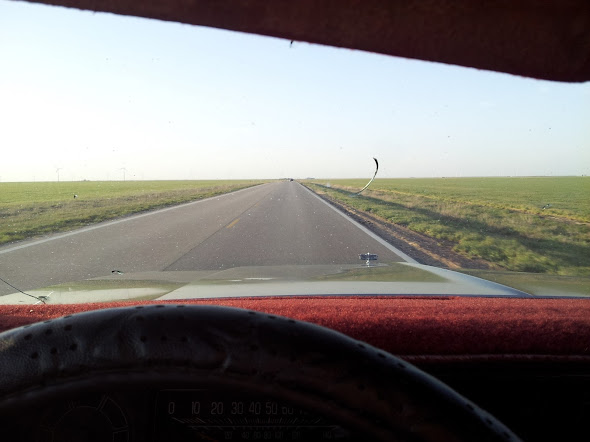