It sounds like I didn’t miss much of a game tonight.  We didn’t have any big plans to go to anyone’s party so we just stayed home and it was pretty much just another Sunday around here.  First time in many years though we didn’t do at least a little something special.  Sometimes we at least get some snacky stuff and make our own little Super Bowl Party.  Honestly quiet days are so far between anymore that I didn’t really want to occupy most of it with a game featuring two teams I didn’t really care about.  Today pretty much reflected my interest in the whole NFL season this year.  The Vikings started sucking pretty much immediately, so I didn’t have much to get excited about. 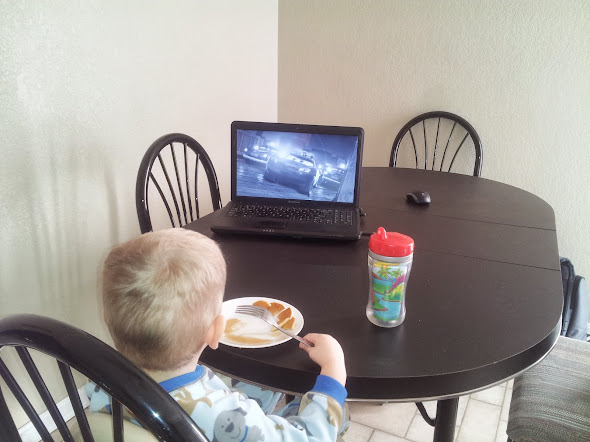 I spent a good part of the day playing with Luke and that was fun.  I love the weekends and being able to get up and eat breakfast with him while he watches his cartoons.  This morning we watched “Mater’s Tall Tales”, a bunch of little shorts featuring the characters from Cars. It’s fascinating watching him watch these shows.  He’ll be watching and see something funny, then just look at me and smile, as if to say, “You know that was funny.” 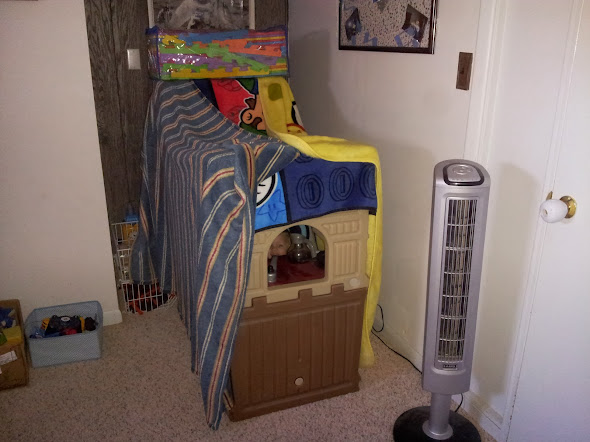 Later we went down stairs and built up a new fort.  It’s way better than our old one, because this one has a window!  We both had fun with it.  He was getting sleepy and he absolutely despises going down for naps, so I thought maybe he’d lay down and take a nap IN his fort.  After all, he even told me, “I’m sleepy.”  So we got his pillow, blankest and a couple of his stuffed animals and he laid down in there.  But the fun of the fort and all the toys nearby was too much to shut his little brain down and he couldn’t lay still… so it was reluctantly off to his bed.

On and off throughout the day I also started working on a new project.  It’s in the very early stages, but it’s something I’ve been wanting to do for a long time.  Definitely not ready to show it yet but I think I’ve got a good foundation for something to build on, and it’s something I can work on here and there.

So off to bed.  It’s a (theoretically) normal week next week.  I’m really looking forward to it.  Getting a whole night’s worth of sleep and all that.  We’ll see though.  It never ends up that way.  C’est la vie.

Posted on February 2, 2014, in Family, Luke. Bookmark the permalink. Leave a comment.