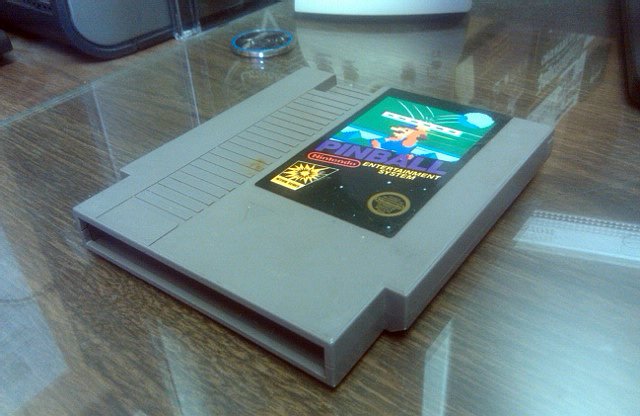 I never owned this game, but I remember playing it.  I don’t recall whether it was renting it, borrowing it, or playing it at a friend’s house.  One thing is certian though.  I haven’t played NES Pinball for at LEAST 20 years.

I cleaned up the cartridge a bit.  It was pretty obvious this cart led a tougher life than most of mine that are still in my collection.  It had grease and gunk all over it.  And some sticker residue from a garage sale or bargain bin somewhere.  It cleaned up okay, but I definitely wouldn’t call it “Like New” as the eBay listing explicitly stated.  Oh well.  Not going to make a big deal over a really common game that only cost $1.00.

My NES hasn’t seen much use lately.  Really who’s has?  But it took a minute or two of blowing in the cart and massaging the position of the cart just right into the system.  First several attempts the sound was great, but the screen was gobbly gook.  Ironiclly, it brought back a lot of memories of the old NES days and all the little tricks you had to do to get a game to play right.  Seems like everybody had their own method.  Mine is to push the cart in only BARELY as far as you need to to push the game down.  Works most of the time. 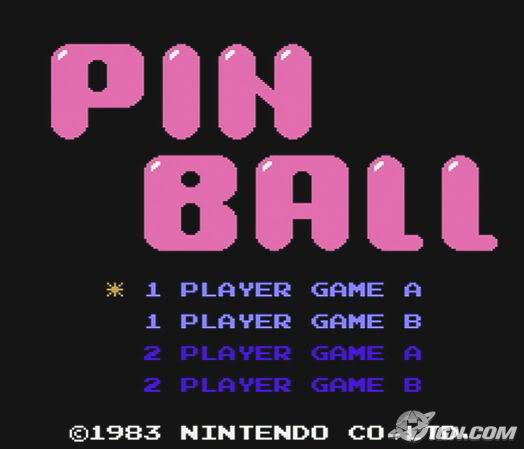 But anywho, after getting the game to work, I started playing and it’s quite to contrast to the games I’ve been playing, like Skyward Sword with the motion controls, or the 3D screen of the 3DS.  This is one of the more straight foward games, even by NES standards.  It is what it is.  Pinball.  And it plays remarkably well.  There’s “Game A” which is kinda like easy mode, where the ball moves a bit slower.  What you want to play is “Game B” where the ball moves a lot faster, and feels a lot more like real pinball.  It’s a simple game, so there’s not much to say about the gameplay other than, it’s very polished. 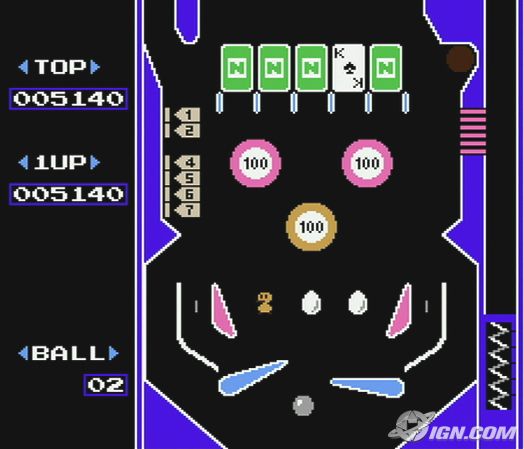 I like it just because it’s so basic.  Like if you took today’s games and stripped them down of all the graphics and technology, and got to the core of what made them fun, you end up with games like this.  With simple ideas and polished gameplay.  This game is fun to just sit and try to beat high scores.  No achievements.  And heck, your high scores even disappear the moment you turn off the game.  But it’s games like this that just take me back to when I was 7 years old and stuff like this was brand damn new and awesome.

Definitely as close as it gets to a real life time machine.